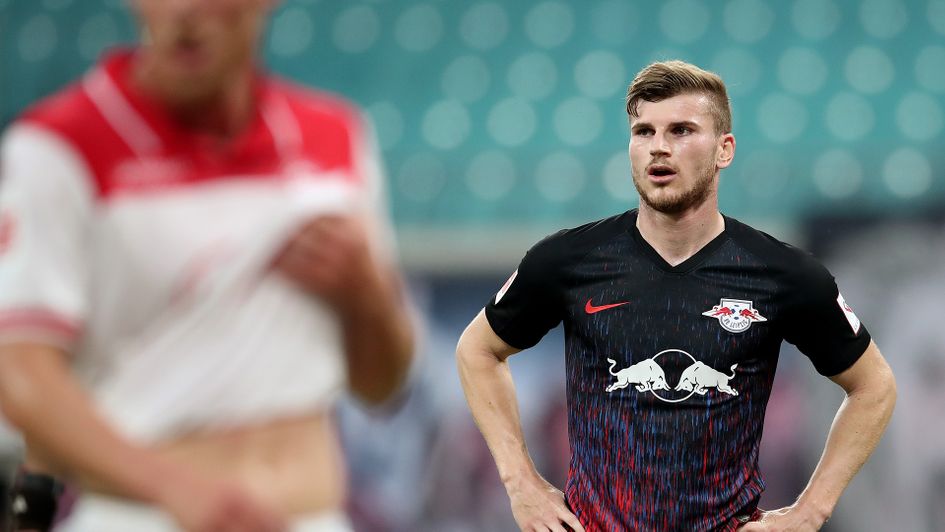 Timo Werner has made the move to Chelsea

Timo Werner to Chelsea: How will the prolific striker cope in the Premier League?

Chelsea have won the race for RB Leipzig's prolific striker Timo Werner, despite the fact that he was expected to make the summer switch to join Premier League leaders Liverpool.

Jurgen Klopp's side were said to have held meetings with Werner, making Anfield his preferred destination, but their reluctance to pay a big fee has allowed Chelsea to come in and lure the forward to the capital.

Chelsea's desire for a new striker has been evident for a while, and their need demonstrated throughout the entire campaign. Tammy Abraham has been the preferred option while Olivier Giroud was set to leave in January - he has since signed a new one-year deal with the club.

In Werner, Frank Lampard has added one of Europe's most desired players to his squad. If it wasn't for the release clause or the current transfer climate, the likelihood is that he would remain a Leipzig player for another season at least. His true value would have put a lot of buyers off given the current financial climate. 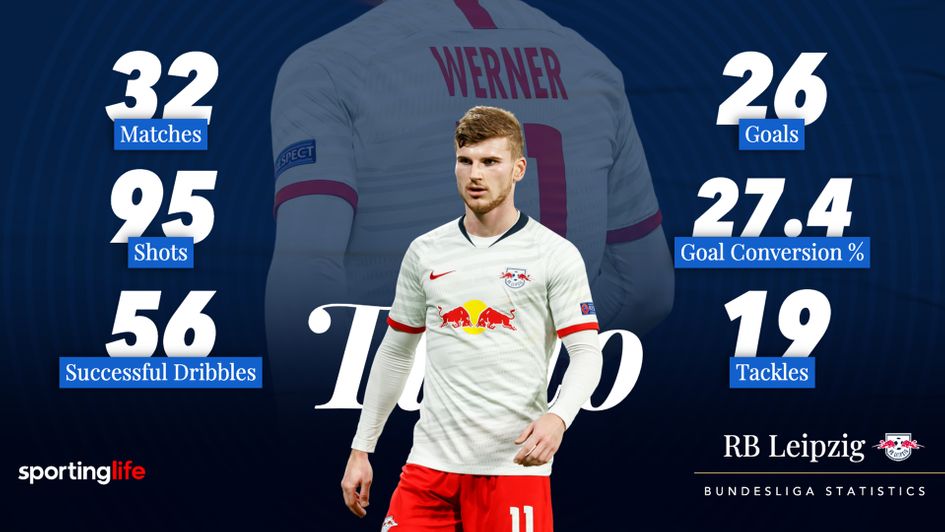 It's clear that Chelsea are looking to strengthen when the transfer window opens. They currently face a battle for the top-four but their intent to improve and return to battling it out for the title was already on display when they agreed a £37m deal for Ajax winger Hakim Ziyech in February. Add Werner to the mix, alongside the potential addition of Ben Chilwell from Leicester, and the Blues will have taken their summer spending beyond the nine-figure mark.

Ziyech should become a Premier League star. His skill set suits what Chelsea will want and his signing should be viewed as a great piece of business, as is the move to bring Werner to Stamford Bridge.

However, there may be some potential problems if Chelsea view Werner as a direct replacement for Abraham; they simply cannot put him in the same position with the same role and hope that the goals will flow because of it.

This is where Lampard and Chelsea will need to be flexible with their current system. We could even go as far to say that they need to be building the team to suit what Werner will want and more crucially what he needs. This starts with giving him the freedom to float around the forward positions. 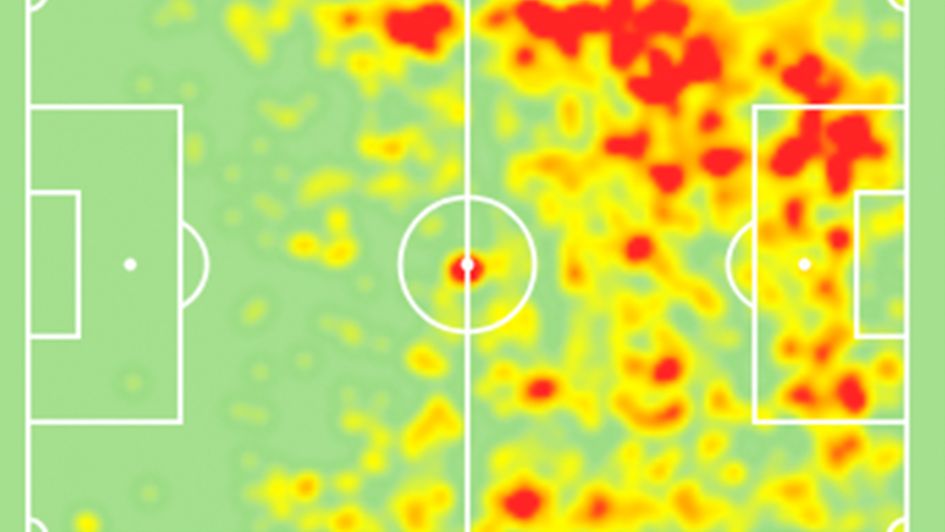 That has been the biggest beneficial change for Werner this season. Julian Nagelsmann has allowed him to drift away from the central position and occupy space out wide if the opportunity presents itself. That's not to say that he wasn't doing it during the 2018/19 campaign, but this current Leipzig team is better suited to allowing Werner to take up preferred positions on the wing.

It's why we've seen so many goals come from driving runs out wide. The eye-catching speed that has proven devastating for opposition defences on the counter-attack comes from Werner occupying positions on the left or the right. He will then exploit the gaps in the centre by making diagonal runs, often to end up in a one-on-one situation with the goalkeeper.

Then there are the goals that come from driving runs into the back post; easy tap-ins created by reading the game and using his pace. To restrict that freedom by telling him to stay more centrally would remove a significant part of his attacking threat.

This is what we have seen from Chelsea's system and their current striker in Abraham. He's expected to stay in a centre forward role while Willian, Callum Hudson-Odoi or Mason Mount do the work out wide. For all the questions about Abraham's presence in this team, the 13 goals scored at this point in the campaign should be considered a good return. 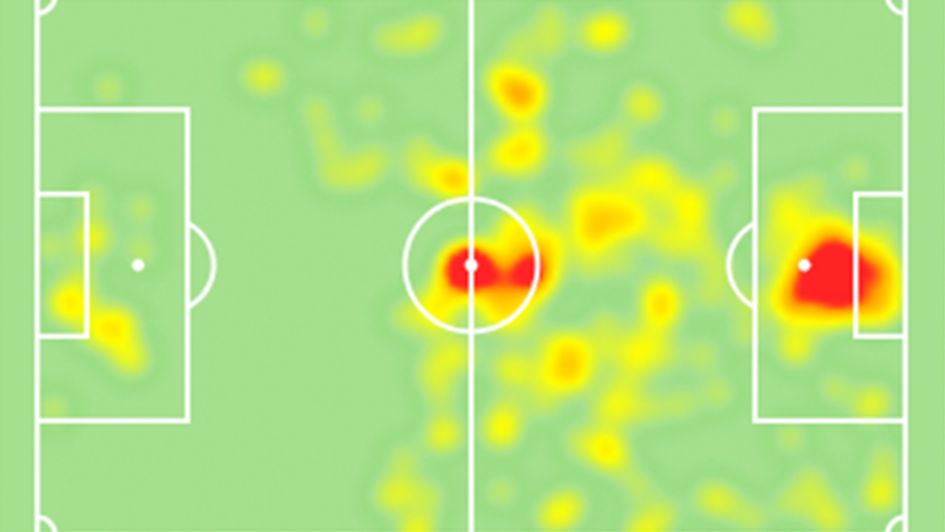 It's clear from the above just how centrally Abraham is expected to play. The large majority of his positioning comes through the middle with a preference to move out to the right if he is drifting out wide. Compared to Werner, Abraham's wing play is virtually non-existent.

Simply placing Werner in that same role and taking away his desire to move out to the left will cause more harm than good. There needs to be a fluidity to the Chelsea formation and it's perhaps the biggest test of Lampard's short managerial career so far; it's something we didn't see at Derby and we're yet to witness it at Stamford Bridge.

His impact on the ball is further highlighted in the 1.7 successful dribbles per game average that Werner has seen in the Bundesliga this season. For Abraham in the Premier League, that figure stands at 0.4. Contrasting expectations of the two forwards, where one is seen as purely a goalscorer while the other is also allowed to create, could create a problem if they aren't adjusted following Werner's arrival.

We are also left wondering what the future holds for Abraham. Despite being a Chelsea player throughout his career, this season is the first in which he's really had an opportunity to play regular first team football. The signing of Werner will restrict the chances he will get; neither will be happy playing the back-up striker role.

But there's always the opportunity for Chelsea to experiment with a two-striker system. It's something that Werner has been used to, and seriously benefitted from, during his time at Leipzig. 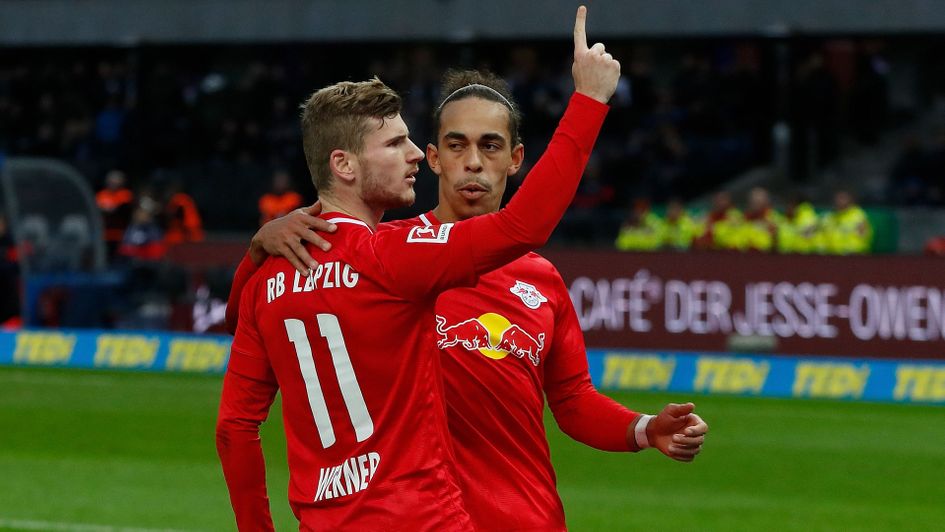 While Werner has been grabbing the headlines, the impact of Yussuf Poulsen alongside him should not be underestimated. Poulsen isn't as much of a goalscorer but he is the one prepared to do the ugly work so that it creates the chances for others.

His ratio of 56 to 43 assists while playing in the centre forward role demonstrates that. Poulsen is willing to run the channels and create problems for Werner to exploit; we haven't really seen Werner operate as a lone striker on a regular basis at club level since his days at Stuttgart.

Poulsen utilises his physical presence and puts himself about the pitch as he looks to receive a pass. In doing that, he also creates space for Werner to drive into and score. There's always been a question of what Werner would be like without Poulsen alongside him.

"It’s great for me with him up front," Werner has previously said of Poulsen. "We complement each other really well. He likes going for aerial challenges, which I don’t. He’s got an amazing set of lungs."

It'll be easier for Chelsea to find Werner a Christopher Nkunku than it will a Poulsen. They have creative players with pace who can provide the assists for the striker, as Nkunku has done throughout the season, but opting to drop a strike partner for Werner could become problematic. 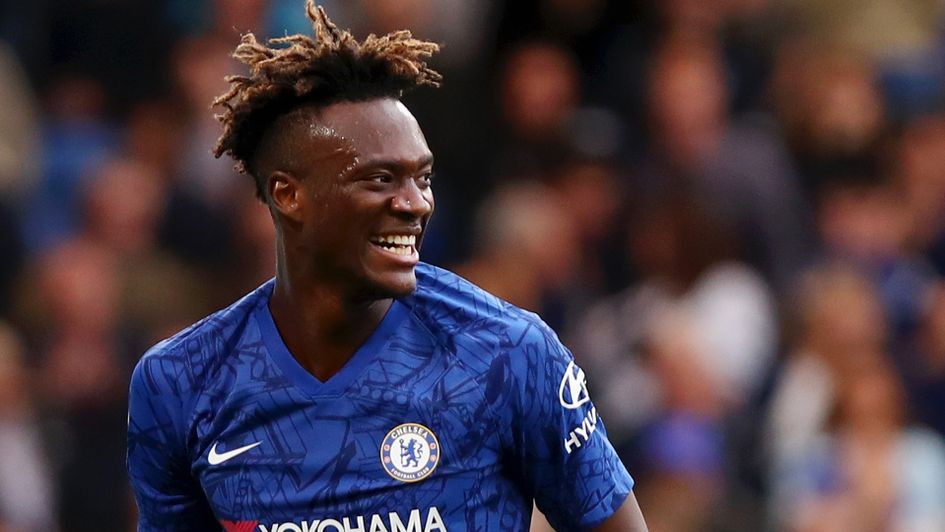 What will Timo Werner's arrival mean for Tammy Abraham?

That is where Abraham could find a new role for the Blues. Transforming him from goalscorer to the new Poulsen will bring out the best in Werner - and perhaps the best in himself.

It could be said that this transfer will put Abraham at a career crossroads anyway but his Chelsea future may be secured by switching his role to further benefit their new signing. Rather than be someone relied upon for goals, Abraham's work rate would make him the ideal candidate to line-up alongside the new man.

It's clear that Lampard favours a formation with just one striker; we've seen that at both Derby and Chelsea over the past two seasons. So it should be acknowledged that it's unlikely that he would opt for a forward pairing.

But it is worth consideration, particularly as a plan B or even a plan C. A Werner/Abraham partnership looks to be one that would actually work - or at least hypothetically anyway.

Abraham will have some thinking to do as it's unlikely that Werner will sit on the bench given his current record and price tag. Even a rotation policy will hardly satisfy either player. 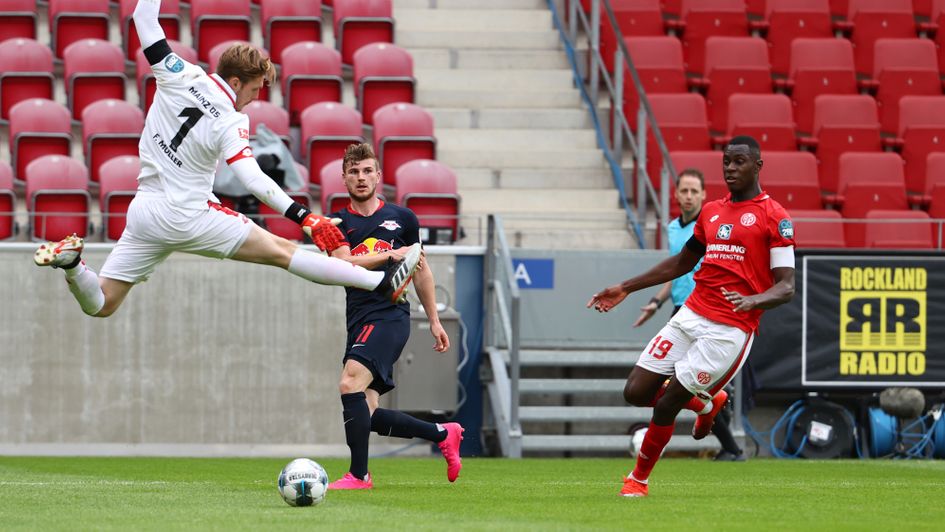 Ultimately, Werner's arrival at Chelsea will bring goals; it's just a case of how many based on the role that he will occupy. The decision to keep him central or afford him freedom to drift out wide could well be the difference between a prolific season and an average one. It's something that Lampard and his coaching staff will need to get right.

The reluctance of some to match what is a fairly low release clause by modern standards is perhaps an indication of what the next transfer market will look like. By moving early and matching the price before it expires, Chelsea could have secured the biggest transfer of the summer before the window has even opened.

But the move brings forward a question: what happens to Abraham and Giroud. It's likely that the latter will be more suited to the back up striker role, while Abraham could be forced to seek regular football elsewhere with the majority of his career still ahead.

For the price, Chelsea have potentially secured a steal - and it's not often that you get to say that about a player costing around £50m. However, one good season in the Premier League will see his value rise significantly.

We eagerly await to see what Werner can do once he arrives in England and just how many goals he will score in the top-flight. In the short-term though, his aim will be ensuring that Leipzig feature in next season's Champions League.

How Chelsea could line up under Frank Lampard in 2020/21 Premier League - including Timo Werner, Ben Chilwell and Hakim Ziyech. Take a look by clicking the image below... 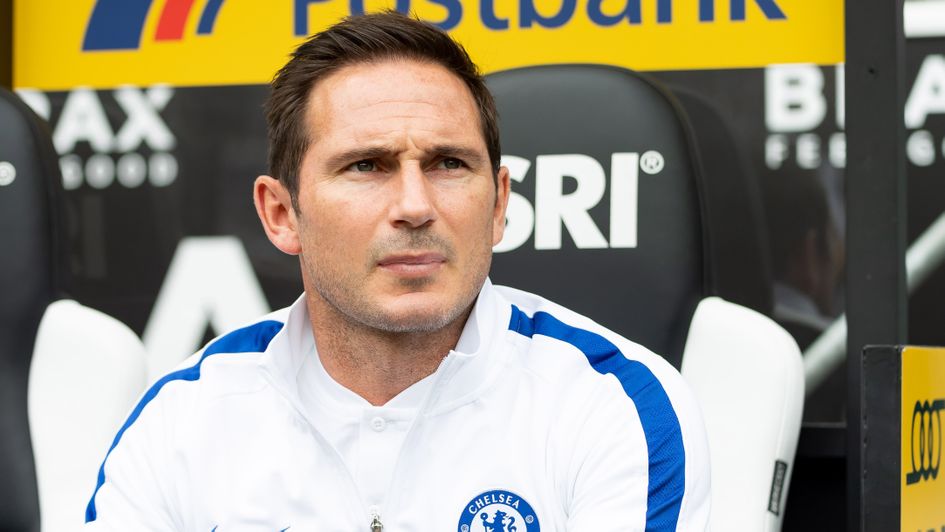