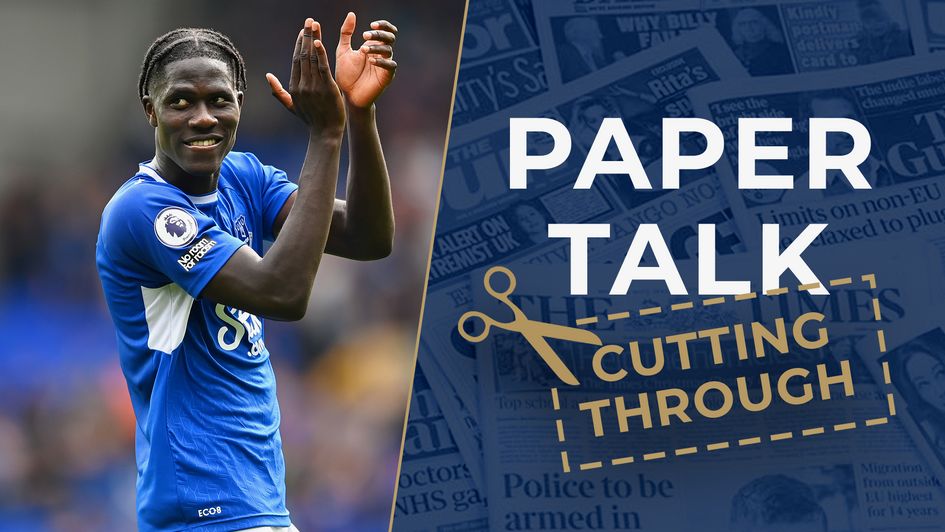 Amadou Onana: Arsenal and Chelsea target ready for another step up

Each day we pick out a player and cut through the noise to give analytical, objective insight. Tuesday's focus is on Amadou Onana.

Amadou Onana has been one of the very few shining lights at Everton this season.

The Belgian has been a positive for a poor Toffees side, and the midfielder was also eye-catching at the World Cup when playing in an equally dysfunctional Belgium team.

His energy and speed really standout, even more so when playing in sluggish sides that lack intensity, meaning he is ready for another step up.

In terms of midfielders, Onana certainly fits more into the 'defensive' category.

His defensive stats compared to other midfielders in the Premier League this season all rank incredibly well. The Belgian sits in the 80th percentile for all of tackles, tackles won, dribblers tackled and fewest number of times he's been dribbled past. 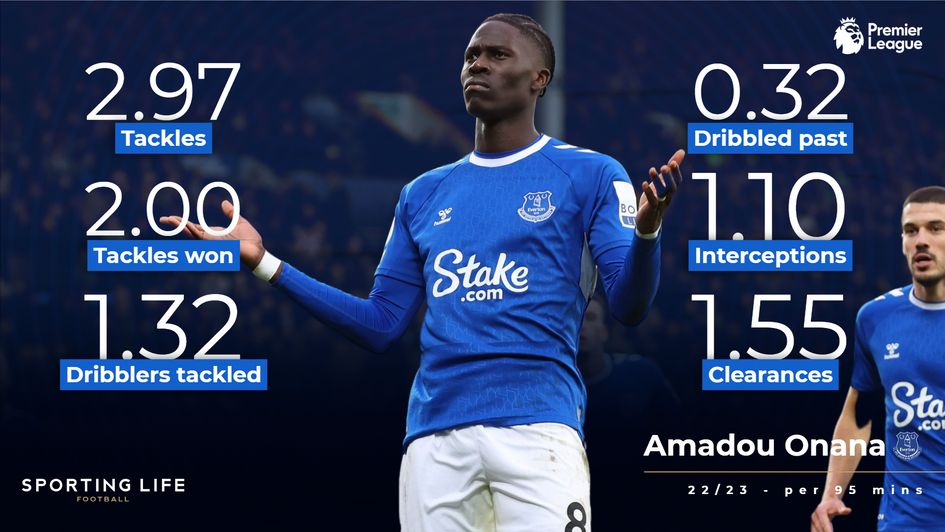 In that regard, his profile is fairly similar to that of N'Golo Kante - though he isn't near the level of the Frenchman just yet.

Onana is the disruptive midfielder, the man to win the ball back, but his on-ball game needs some work, especially in forward areas.

He averages just 2.26 progressive passes per 95 and 0.45 passes into the penalty area, which both rank among the bottom quarter of all Premier League midfielders this term.

Part of this is an area for improvement, part is down to the team around him and the system Everton have deployed.

While lacking attacking contribution from a passing sense, Onana is a goalscoring threat.

He has averaged 0.15 xG/95 this term, which ranks him as Everton's fifth most potent player, ahead of the likes of Dwight McNeil and Alex Iwobi, mainly thanks to a set-piece threat which can't be underestimated. 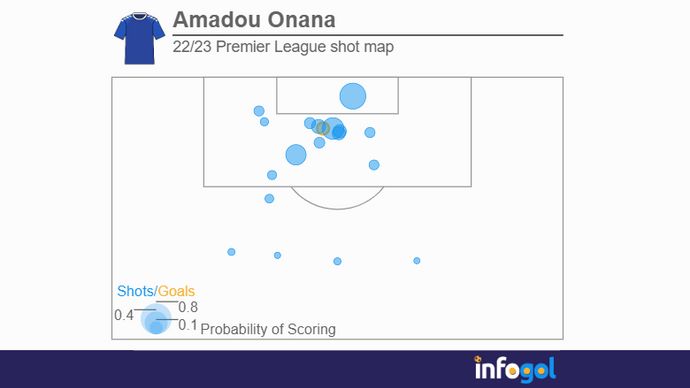 League-wide, that average is the same as Phillippe Coutinho's, and better than both Mason Mount's and James Ward-Prowse's.

He's far from the complete player, but the signs are there that Onana could be ready for the next step.