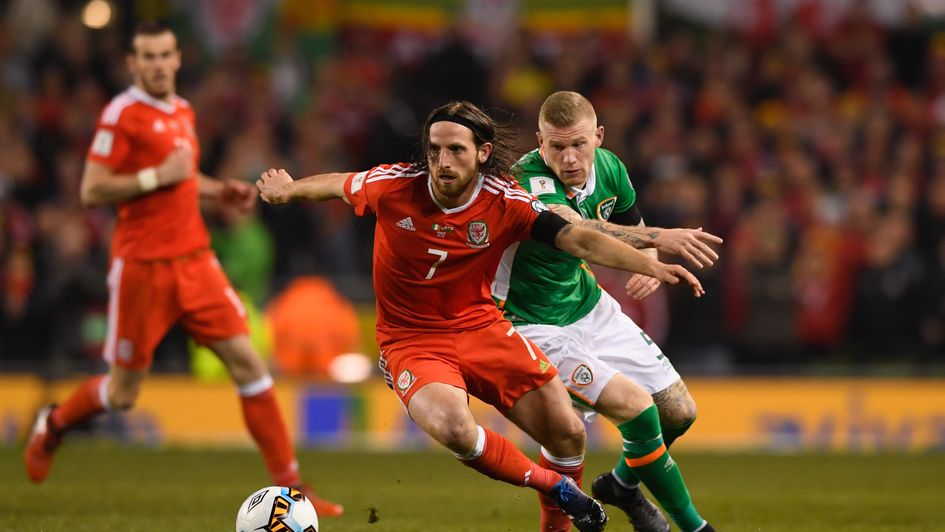 Joe Allen admits he is still scarred by Wales' Novi Sad nightmare ahead of their World Cup return to Serbia.

Allen was part of a Wales team embarrassed 6-1 by Serbia in September 2012 when Chris Coleman's reign was in danger of being over before it had almost started.

Wales recovered from that Novi Sad thrashing to reach their first major tournament in 58 years and ended up reaching the semi-finals of Euro 2016 in France.

But Stoke midfielder Allen says the pain of that 2014 World Cup qualifying defeat is still there ahead of Sunday's game in Belgrade.

"I think that scarred anyone who was involved in that game," Allen said.

"It scarred us and for me it was the worst night in a Welsh shirt.

"But I think the great thing about going back out there and having another chance is that we can see how far we've come.

"Some of the lads are still in the squad, some are new players. But I think we're a million miles away from the team that turned out that night.

"That's the positive and I think we can draw on that for this game.

"As players you can't help but carry that feeling of wanting to set the record straight.

"I don't know about all the lads, but I think I'll be using that to help me in this game."

Nearly five years on and Wales have ground to make up in the race for 2018 World Cup qualification.

Coleman's side remain unbeaten but they have drawn their last four games, including a 1-1 draw against Group D leaders Serbia in Cardiff last November.

That has allowed Serbia and the Republic of Ireland to open up a four-point gap on Wales at the halfway point of qualifying.

"It's an important stage of the group and a big game for us, we're not going to shy away from that," Allen said.

"We're not at that (must-win) stage yet, though obviously the further you get into qualifying the more pressure there can be to pick up points.

"But our mentality in any camp is, whether it's the first game or the last, that we approach it in the same way."

Wales' task is even more difficult as Real Madrid forward Gareth Bale is suspended after picking up two yellow cards in the competition.

Bale provides the stardust to an organised and workmanlike team, but Allen feels Wales can cope in the absence of their talismanic forward.

"Of course we're going to miss him," he said.

"There's no point hiding from that fact. He's key to us – he's a world-class player.

"But I think one of the main qualities of this group is that we're all about teamwork.

"We're all about resilience and we see it as a chance to tackle that challenge.

"We're confident that we've still got enough in our squad to go out there and get a result."

The 17-year-old picked up a calf injury in training and has been replaced by uncapped Norwich forward Marley Watkins.