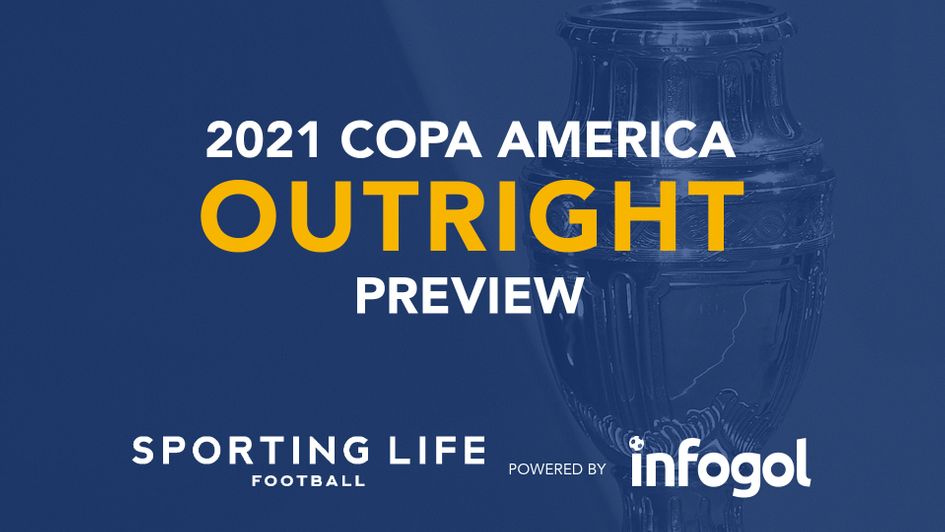 Reigning champions Brazil are hosts of the Copa America once again after pre-tournament issues, and are heavily fancied by Jake Osgathorpe to retain their title.

The 2021 Copa America has been marred in controversy in the build up to the tournament, with the competition not having a host until two weeks before the start date.

Having been postponed last year due to the pandemic, the Copa America was set to be co-hosted by Argentina and Colombia, but ongoing protests in the latter and a worsening public health situation due to COVID in the former meant both were removed.

Brazil have therefore stepped into to host the Copa America for a second straight edition, with the current holders understandably heavy favourites to win it again on home soil.

All 10 CONMEBOL national teams will participate in the tournament, but given the current circumstances, there will be no guest teams playing in this edition.

As a result, the format has somewhat changed, with there now being two groups of five who play in a round-robin, before four of the five in each group progress to the knockout rounds.

Hard to look past Brazil

Not only are Brazil the hosts of the Copa America once again, but they are the best team on the continent, meaning it is difficult to see a scenario where they don’t win back-to-back titles.

Head coach Tite has the Seleção trending in a really positive direction since taking over in 2016, after the devastation of THAT semi-final defeat to Germany in front of home fans.

They made light work of their opponents when winning the competition in 2019, a year after being unfortunate to exit the World Cup at the quarter-finals stage, and have only improved since.

Their squad is getting younger without getting weaker which makes them dangerous for the years to come.

So, with home field advantage, the best coach and squad on the continent and a proven track record of success, it really is difficult to make a case against the Brazilians. 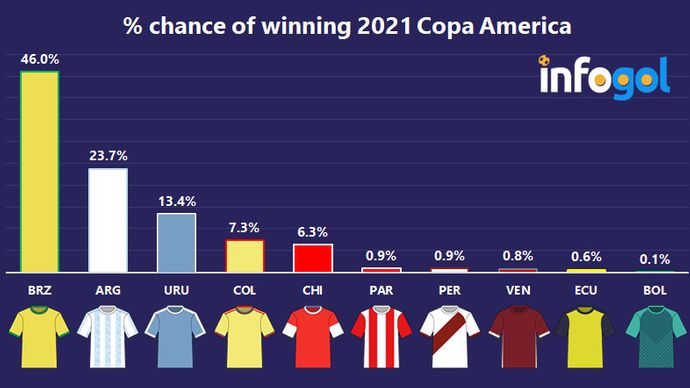 They are best priced 11/8 to win the competition with Betfair, which implies a probability of 42%.

Infogol calculates that they win the Copa 46% (6/5) of the time, so the price available is a value bet that should be snapped up.

Argentina to be left alone, Uruguay of interest

While Lionel Messi and co are rightly second favourites, their price is too short to back in this edition of the Copa.

Defensively they look shaky, and the coach – Lionel Scaloni – is yet to prove he is the right man for the job.

They are far inferior to Brazil, and shouldn’t be feared despite their unbeaten run, so should be taken on.

On the other side, Uruguay look to be under-priced in the market.

They have a good crop of young players coming through their ranks, and still boast two of the best strikers on the planet; Luis Suarez has just fired Atletico Madrid to La Liga title and Edinson Cavani had a wonderfully effective first season in the Premier League.

La Celeste have a sturdy base, and although they are in a tough group alongside Argentina, Chile, Paraguay and Bolivia, four of the five qualify for the knockouts and Uruguay are more than a match for any side in that format with their clinical finishers.

Colombia are favoured over Uruguay in the betting, something the Infogol model disagrees with.

Colombia and Chile have the capabilities to spring an upset, but their prices are too short to justify betting on either.

Any outsider worth a bet?

I tipped up Peru in the 2019 Copa America and landed some each way money as they finished runners-up to Brazil, but none of the outsiders make much appeal this time around.

Venezuela (0.8%) and Ecuador (0.6%) have improved over the past few years, but not enough to suggest they can go close to lifting the trophy – and the same for rank outsiders Bolivia (0.1%).

It really is difficult to look past Brazil. It would have been had the tournament been played in Argentina and Colombia as originally planned, but with home field advantage, it is there's to lose.