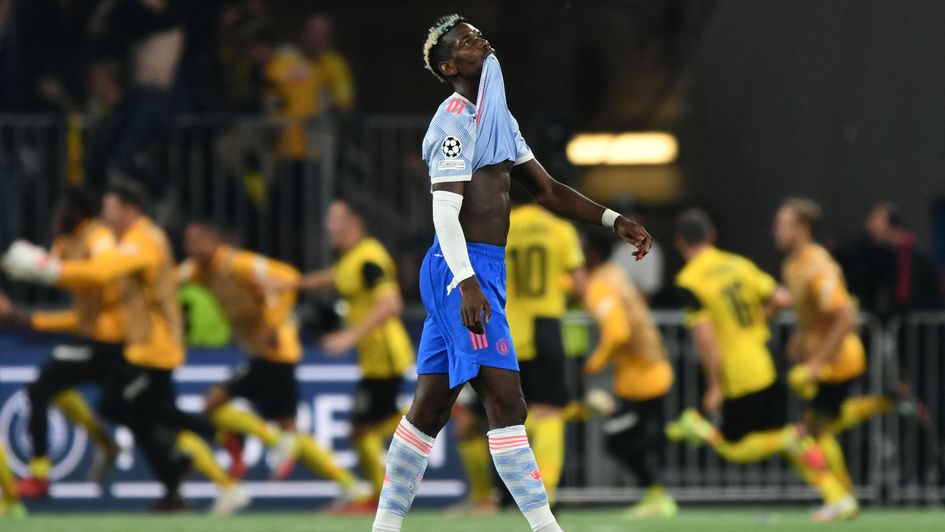 Swiss side Young Boys capitalised on a stoppage-time Jesse Lingard howler to beat 10-man Manchester United 2-1 and cause a huge shock on the opening night of Champions League group-stage action.

United made the perfect start in Bern as Cristiano Ronaldo, who equalled the Champions League appearance record by playing in his 177th game, made it three goals in two matches since returning to the club for a second spell, putting the Red Devils ahead inside 15 minutes.

But the game was turned on its head just after the half-hour when Aaron Wan-Bissaka received a straight red card for a dangerous tackle, leaving Ole Gunnar Solskjaer's men holding on.

Moumi Ngamaleu equalised with 24 minutes left on the clock, and United looked as though they'd leave Switzerland with a point until substitute Lingard's backpass allowed Jordan Siebatcheu to fire home with the final kick of the game.

Few could argue that the Swiss champions – managed by former Huddersfield boss David Wagner – did not deserve the result on a night when their performance was as impressive as United’s was poor.

Moumi Ngamaleu sent the Stadion Wankdorf wild when levelling and substitute Siebatcheu capitalised on a dreadful error to strike a stunning stoppage-time blow in the Group F opener.

It's disappointment for Man Utd, as Young Boys snatch it late in Switzerland!

Jesse Lingard makes a costly error and Jordan Siebatcheu nips in to apply the finish and send the home crowd wild! ⚽#UCL pic.twitter.com/vZimQoMaIz

The Young Boys players celebrated with their fans long after the final whistle – and who could blame them having played second fiddle to the Premier League stars before the game.

Local fans held up signs asking for Ronaldo’s shirt during the warm-up, when even his shots were cheered. One reportedly hit a steward and he went to check they were not badly hurt.

The atmosphere cranked up as kick-off approached at the rocking Stadion Wankdorf, where Meschack Elia looked lively during the opening stages and struck wide.

But Young Boys’ confident play was no match for a moment of quality from Bruno Fernandes in the 13th minute.

Fred cut out a pass and started a counter-attack, with Fernandes sending over a superb cross from the left with the outside of his boot to Ronaldo, whose effort squeezed through David Von Ballmoos’ legs.

But the early gut-punch did not dull the home support or their players’ intensity, with Wagner’s side continuing to ask questions of United’s defence.

David De Gea produced a strong save to deny impressive Christian Fassnacht midway through the first half, with United breaking swiftly as opposite number Von Ballmoos thwarted Ronaldo.

Michel Aebischer missed the target against a United side whose tricky-looking evening was made even tougher 10 minutes before half-time.

Attempting to win the ball back after an initial heavy touch, Wan-Bissaka only succeeded in leaving his studs in Martins Pereira’s ankle. Referee Francois Letexier showed the right-back a straight red card.

😱 #MUFC didn't register a single shot in the second half as Jordan Siebatcheu snatched a last-gasp winner with the 'assist' from Jesse Lingard!#YBMUN pic.twitter.com/cRHHzRL4Ao

Solskjaer replaced Jadon Sancho with Diogo Dalot in an attempt to bring balance to a defence that was breathing a sigh of relief when Fassnacht fizzed wide.

Vincent Sierro had a hopeful attempt before half-time gave the visitors a chance to regroup, with Raphael Varane introduced as United went to a back five.

The visitors sat back and soaked up pressure but looked set to double their advantage in the 54th minute, when Ronaldo raced through and went down under pressure from Mohamed Ali Camara. No penalty was awarded to the forward’s chagrin.

It was a rare voyage forwards in a shocking second-half display by United, who were facing wave after wave of attack without a coherent out ball.

Varane was booked for time wasting as whistles echoed around a ground where frustration turned to elation in the 66th minute.

Having burst forward and helped the ball on its way out wide, Moumi Ngamaleu continued into the box and directed a cross past De Gea.

It was a goal that had been coming and Solskjaer withdrew Fernandes and Ronaldo in an attempt to batten down the hatches.

But the hosts continued to unsettle, with a break to deal with a pitch invader giving United some respite.

Moumi Ngamaleu struck across the face of goal as the clock wound down and De Gea looked to have secured the visitors a point when superbly stopping Sandro Lauper’s effort.

But Young Boys continued undeterred and found a winner in the fifth and final minute of stoppage time. Substitute Lingard played a brainless backpass that Siebatcheu lapped up and struck beyond De Gea. 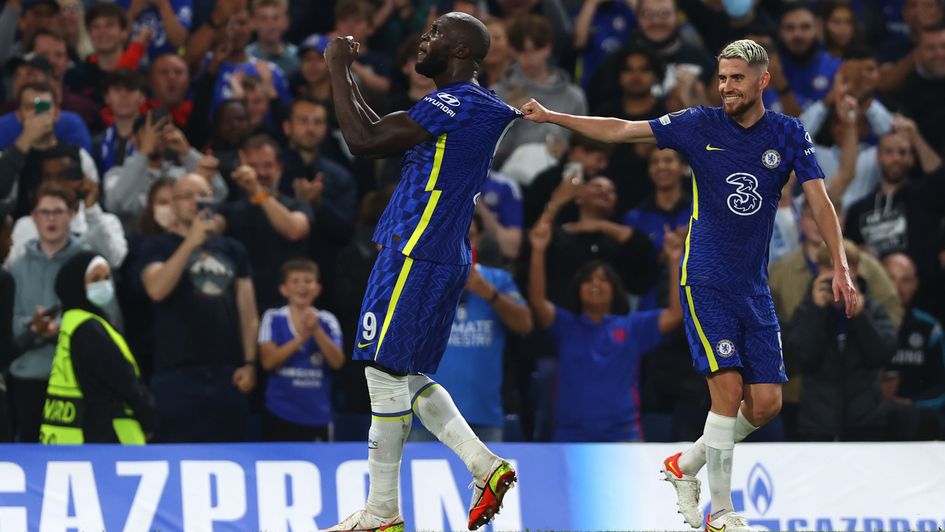