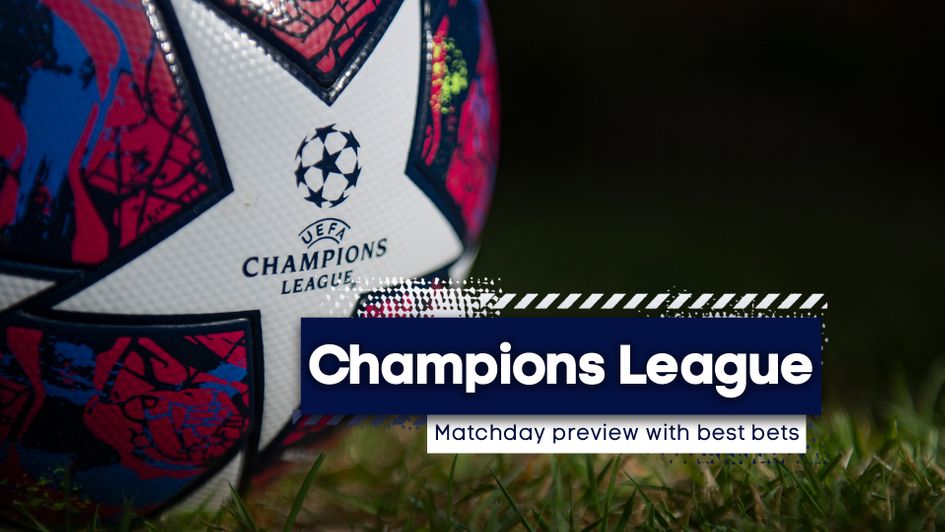 The Champions League continues on Wednesday with Midtjylland v Liverpool and Man City v Marseille. Joe Townsend has a preview and best bets.

2pts Liverpool to beat Midtjylland at 6/5 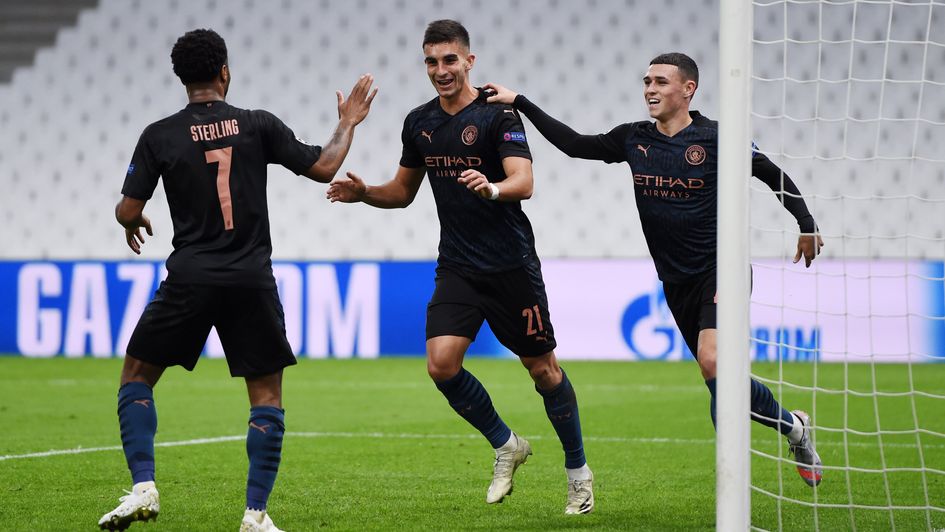 Group winners Manchester City host Marseille in what is not quite a dead-rubber of a final game in Group C.

The French club may be bottom of the table, but they're in a straight shootout with Olympiakos for third spot and a place in the Europa League knockout stage. The Greek side are in the driving seat by virtue of a better head-to-head record, and also have the added advantage of being at home for their fixture with Porto.

But if Marseille think City's safe passage to the Champions League last 16 as a top seed will somehow work in their favour, then they could be in for a rude awakening on their arrival to Etihad Stadium.

That is simply not how Pep Guardiola teams are built - he won't accept any drop in intensity. In this very scenario last season, City won 4-1 away at Dinamo Zagreb; it's no shock to see Guardiola's men trading at a heavy odds-on ahead of this one.

In the reverse fixture, which Man City won 3-0, Ferran Torres broke the deadlock at the Stade Velodrome. He did so again in matchday three against Porto. Phil Foden scored the only goal in City's win at Olympiakos, and between them they have scored 15 goals for club and country this season. 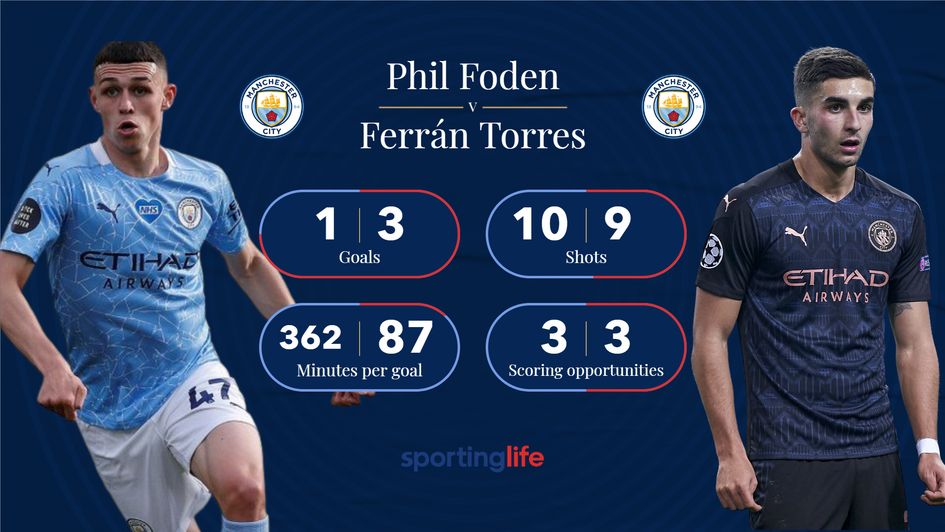 Phil Foden and Ferran Torres are both backed to score

Both are likely to start having been unused substitutes against Fulham at the weekend, and at 7/1 to score first with bet365 offer excellent value - especially in comparison to their much shorter-priced team-mates. I simply cannot split them, so to avoid a possible meltdown when the one I choose to not back inevitably breaks the deadlock I will take both.

I'm sure Guardiola won't want to see his side's momentum and consistency in defence disrupted, so backing something in the market could well be a smart play. They've been breached just once in the Champions League this term, and in all competitions have kept four straight clean sheets and conceded only six goals in 14 matches.

The 11/10 on offer for them to keep Marseille out is generous, but 7/5 for them to win to nil is what I prefer.

Les Olympiens have failed to score in four of their five group games, with their only goals coming in the 2-1 win over Olympiakos last time out. 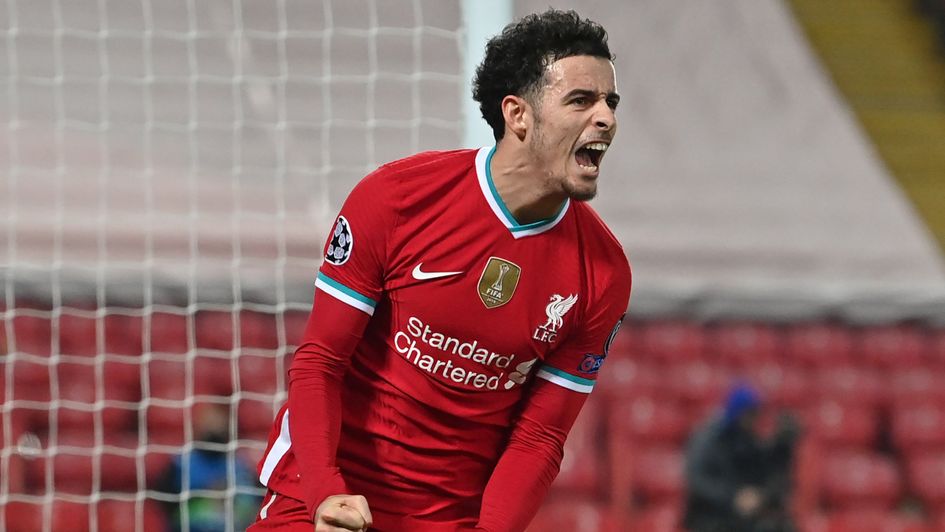 Remarkably, it is the first time the Reds have secured a place in the knockout stage with a game to spare in what is their fourth campaign of top level European football under Jurgen Klopp.

The fact the Liverpool boss is likely to use this rare opportunity to rest players has seen the Premier League champions priced as high as 6/5 with Unibet to beat Midtjylland, a side with only one point from five group fixtures.

Whatever team is named, that price is simply too big. His squad has been beset by injuries so far this season, and yet they have continued to not only churn out results, but deliver impressive performances.

Midtjylland are no Lincoln, but as a frame of reference, the last time Klopp sent out a totally second-string starting XI they won 7-2 away from home in the Carabao Cup. 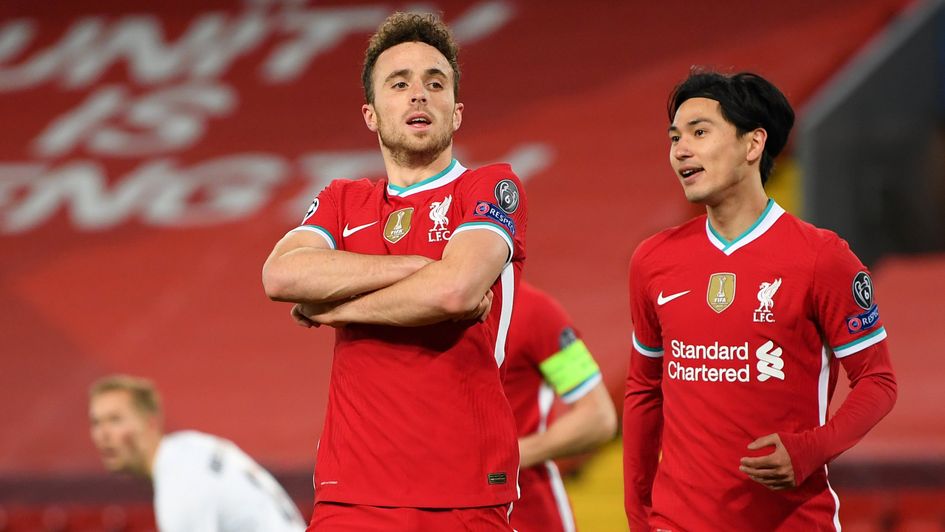 Diogo Jota is likely to start for Liverpool

Naby Keita and Trent Alexander-Arnold both returned from injury to make substitute appearances in Sunday's 4-0 win over Wolves, while Diogo Jota only appeared for the final 20 minutes.

With those three in contention to start alongside established deputies Xherdan Shaqiri, Divock Origi, Takumi Minamino and Kostas Tsimikas - to name but a few - Liverpool should still have too much for the Danish minnows.

On top of that, Midtjylland are guaranteed to finish bottom of Group D. While they may be inspired to pull off a seismic shock and beat one of European football's biggest clubs, the reality is that like the Reds they have nothing to play for.

But not knowing how many, and which, changes Klopp will make does make it tricky to look beyond what is excellent value in the outright. Liverpool's -1 handicap price of 3/1 is tempting, but I prefer the straight outright punt to a bigger chunk.

For the same reasons I'm avoiding the player markets, although I do like the look of Diogo Jota at 5/1 to score first.