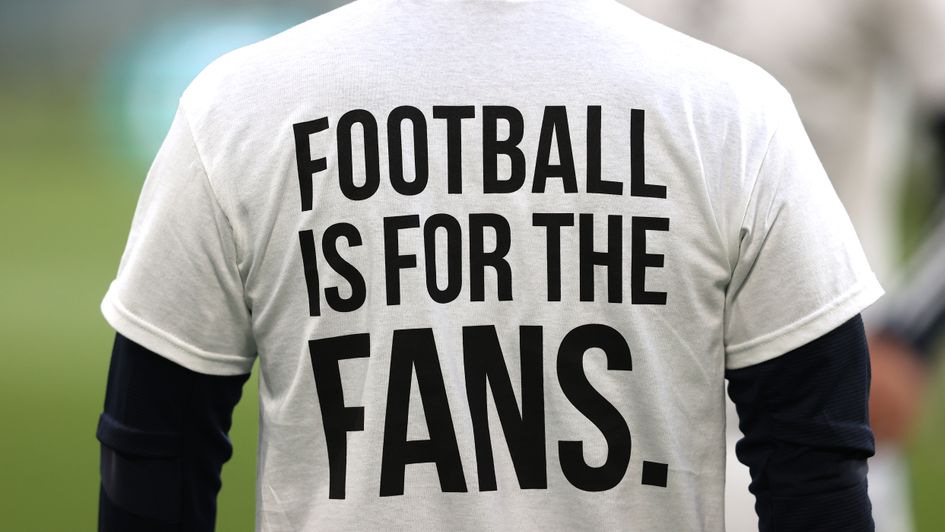 A financial settlement worth a combined £22million has been reached between England’s six Super League rebel clubs and the Premier League.

Arsenal, Chelsea, Liverpool, Manchester City, Manchester United and Tottenham announced themselves as founder members of the competition on April 18, but had withdrawn within 72 hours amid fan protests and opposition from the Premier League, UEFA, FIFA and even the British Government.

The clubs indicated their intention to remain in the Premier League, but their involvement in the Super League would have had a hugely negative competitive and commercial effect on the English top flight.

Sky News reported the settlement on Wednesday afternoon and sources within one of the clubs have subsequently told PA that agreement has been reached, with clubs facing a £25million fine and 30-point deduction if there are further attempts to break away.

It is understood the money will go to grassroots and community projects, rather than to the other Premier League clubs.

A statement from the league is anticipated later on Wednesday.

The Premier League conducted an investigation into the circumstances surrounding the Super League’s foundation, and its chief executive Richard Masters said last month that the probe would be conducted “efficiently, justly and appropriately”.

It is reviewing its regulations and drafting a new Owners’ Charter to prevent a repeat.

A Football Association inquiry into the issue is ongoing, while it is understood to be working with Government on strengthening sports organisations’ powers in relation to the UK’s competition laws, after senior sources at the FA admitted it was “50-50” whether any legal attempt to block the breakaway would have succeeded as things stand.

It announced a ‘Club Commitment Declaration’ on May 7, effectively tying the clubs to existing domestic and international competitions on pain of tough financial sanctions if a future breakaway was ever attempted.

The clubs agreed to pay a combined 15 million euro (around £13m) goodwill contribution to benefit children’s football and the grassroots game, and the withholding of five per cent of any UEFA competition revenue due to them for one season, to be redistributed among other clubs.

The Glazer family and Fenway Sports Group agreed to cover these costs related to Manchester United and Liverpool respectively. It is understood FSG will cover Liverpool’s share of the Premier League settlement too, which amounts to £3.7million.

The nine clubs face fines of 100m euro (£87m) each from UEFA in the event of any future breakaway attempt, the European governing body said last month.

The three clubs who have still not renounced the Super League – Real Madrid, Barcelona and Juventus – have had disciplinary proceedings opened against them by UEFA, with reports suggesting a Champions League ban is possible.

Those clubs have though mounted legal moves in their defence, claiming UEFA was in violation of European Union competition law in attempting to block the league and in threatening to sanction them.