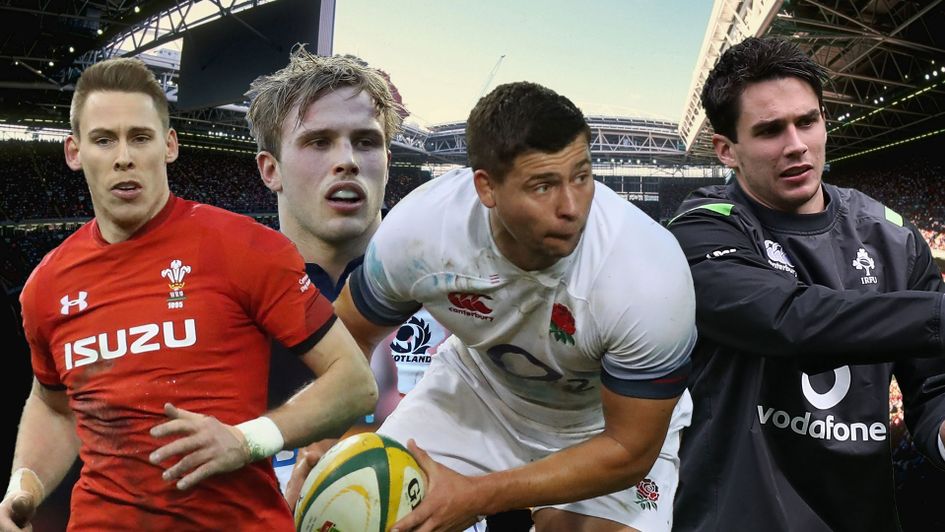 The final week of the November Autumn Internationals

So here we are, the last weekend of an epic November that has delivered stunning drama, twists and turns, and, on the whole, positivity for the Northern Hemisphere sides.

All four home nations know for all that has occurred in the previous three weeks, their result on this fourth weekend will determine the overall feeling of progression going into the Six Nations and, of course, a World Cup year.

They simply all need to perform this weekend - one which is always the hardest to predicted due to a combination of injuries, fatigue and squad rotation which can render what's happened in the run-up to be far less relevant.

A game that always feels like it could go either way, the rivalry and history between these two fierce rugby nations almost guaranteeing a spectacle of sorts.

This time, though, all analysis of form and facts points to an England win, and it's only history that prevents me being absolutely confident in the Red Rose delivering a big one, too.

As we discussed in my week four talking points, Australia have had a miserable year, sliding down the rankings. They appear to have lost the ego and confidence that always drove them to big performances when needed.

"We're developing a unique style of rugby, which is English, and the players are proud to play that way."

They lost to Argentina in the Rugby Championship and were fortunate not to finish bottom of that table; they suffered their first ever series loss on home soil to Ireland, too, and their first defeat in 14 Test matches to Wales.

After a poor run from March to July, England's 2018 has been saved by this November spell, with good performances against South Africa and New Zealand.

The second string's average effort against Japan felt like a set back, but will be the wake-up call the whole squad needed this week and I expect England to be fired up and ready to prove a point.

They need a statement performance to launch them into 2019 and build belief that a World Cup win is possible, and Saturday presents that chance.

England have won their last five against the Wallabies, scoring over 20 points in each, with the last two, both at Twickenham, won by 24 and 16 points respectively.

So, with a nod to history - because it is still Australia- England to win by 13 or more points at 6/4 looks the way to go and is preferred to the 9/1 quoted about a win by 21-25 points, which is tempting all the same.

After pushing South Africa so close last week, you wonder how much that has taken out of Scotland. Equally, after a gruelling Rugby Championship campaign and a mixed November series, what do Los Pumas have left in the tank?

Despite defeat to the Springboks, Gregor Townsend's side have been excellent at Murrayfield over the past two years, and it's this home record which offers the most encouragement for those backing Scotland to win.

Scotland recorded a comfortable 44-15 victory over Argentina in the summer, while they won their last clash on Scottish soil in 2016 by a narrow 19-16 margin, thanks to a last-minute Greig Laidlaw penalty.

All that said, Townsend has made eight changes for this one and I'm not convinced by the depth of this Scotland squad.

Argentina are on a three-match losing streak, but that includes a good, fighting performance against Ireland, where they almost won, and a defeat to Australia where they blew a decent lead at home.

They've made just two changes from the side that disappointed in the loss to France, and this is just their third November game, compared to the four of Scotland.

Scotland have won the last four meetings, but consider the last two at Murrayfield have been won by three and 10 points by the home side, and in 2014 in Córdoba the winning margin was just three points again.

Therefore I'm going to opt for Argentina to beat Scotland for the first time since the 2011 World Cup, with a win best priced 9/4. You could hedge your bets here and take Mario Ledesma's side on the +6 handicap at 10/11 too - one way or another, they've enough in their favour to warrant support.

This is the game for Wales - win and it's full steam ahead for the Six Nations and a charge to winning their first World Cup; lose and question marks will remain about their mentality, game plan and execution against the very best sides in the world.

As expected, coach Warren Gatland has made 14 changes from the side that eventually saw off Tonga with a big scoreline. He reverts back to the outfit that ground out their historic win over Australia, with only the injured Leigh Halfpenny missing.

Wales are now good enough physically and mentally to beat an excellent Springboks side, but I worry about their momentum with all these changes. Remember they didn't play their best team against Scotland at the start of November, so their 'best' XV have only featured in that important, but stuttering and under-performing win against a drowning Australia.

"There's some healthy debate in the squad and pressure on players to go out and do a job on Saturday," head coach Warren Gatland tells WRU TV. #WALvRSA pic.twitter.com/dISWu74SRu

Along with Ireland, South Africa have been one of the teams of 2018.

I thought after all their herculean efforts against England in the summer and the Rugby Championship they would be a spent force in November, but that's not been the case. They should have beaten England, fought back against France and battled it out against a plucky, skilful Scotland.

Will this game finally be the one where fatigue catches up with them, or will they be able to mount one more huge effort to end their year in the style they will feel it deserves?

The draw flashes into my mind, but only brave or foolish men call that in international rugby. So I'll be semi brave and call a draw at half time at 12/1 as my best bet. Remember it was 3-3 at the break two weeks ago against Wales, although I expect this one to be higher scoring and more entertaining.

Two of 2018's form teams meet at the Aviva Stadium on Saturday, with both boasting an identical record - won 10, lost one.

Ireland recorded their historic win over New Zealand last weekend, to full confirm their status as genuine World Cup contenders. But the USA, determined to become a Tier One rugby nation, have also had huge results, beating Scotland in the summer and Samoa two weeks ago.

That has come at a cost and the USA have major injuries for this one, and while Ireland make big changes they will still be too strong.

At the end of a hugely successful 2018 season, @USARugby prepare for their toughest test to date against @IrishRugby in Dublin this weekend. pic.twitter.com/HQwlBxKq30

Ireland beat Italy at the start of November by 54-7 and the USA could now claim to be on level terms or better than the Italians now, after a drawn mini series in the summer.

Ireland's team is still good, but 'weaker' than the one that beat Italy in America. So in a game with little value then the handicap of the USA at +38 points at full time at 10/11 could be worth looking at.