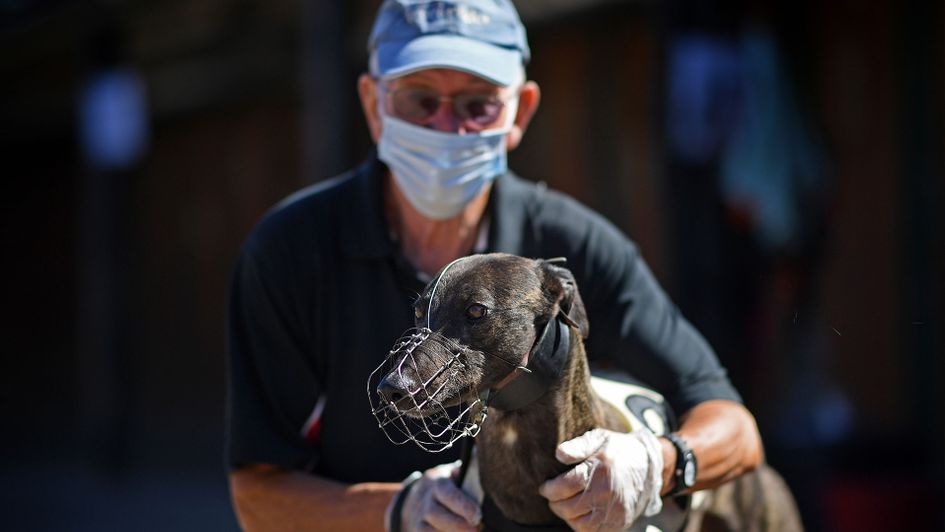 The Star Sports and Arc Greyhound Derby semi-finals take centre stage at Nottingham on Saturday. Joe Nordoff previews the action as well as providing his best bets on the undercard.

Our first selection come on the undercard, Heat 2 of the Westmead Legacy in Memory of Natalie Savva Trophy at 7.34 with BOCA JUNIOR (Trap 2, TF119) fancied to book his place in next week’s final.

A rapid improver in graded company at Monmore, Kevin Hutton’s charge improved again to reach the Produce Stakes Final in September, finishing third. A winner at Central Park thereafter, he very much caught the eye back at that venue next time, encountering several trouble spots before running on strongly. The son of Taylors Sky is certainly not devoid of early and is fancied to hold King Axle (Trap 3, TF 122) on the approach to the opening corner, his recent C&D trial an impressive one on the clock.

The Derby Plate semi-finals kick off at 8.06 and whilst Doolin Duke (Trap 4, TF137) is likely to be all the rage in the betting, it may pay to side with HOPES BULLET (Trap 3) to steal first march and come out on top.

Mark Wallis’s charge left a luckless C&D run behind him when landing his respective opening round heat of the Plate last week, his most convincing effort on the clock yet. A low-mileage son of Droopys Jet, his current Timeform Master Rating stands at 119 but there rates a distinct possibility he will improve significantly on that as he gains further experience. He holds sound claims of gaining the lead on the rails judged on sectional ratings and may well provide a spot of value against market leader Doolin Duke.

The first of the semi-finals has set up a real conundrum with both Southwood Jet (Trap 1, TF132) and Knocknaboul Syd (Trap 4, TF 137) both bringing 100% records through the competition to the table. Similarly early-paced sorts, it may well be the one who breaks fastest who emerges victorious.

It has been hard not to be impressed with the former who, unbeaten upon joining Richard Rees, did well to overcome what looked a tricky draw in orange in the quarter-finals, his super early pace allowing him to clear those to his inner. On that evidence the switch back to Trap 1 rates a plus but the son of Droopys Jet has yet to register his best sectionals from red and with that in mind the vote goes to KNOCKNABOUL SYD.

One of only two bitches remaining in the competition, Coolavanny Chick (Trap 6, TF131) did some box napping in her quarter-final heat last week, yet paced up well to give vein pursuit to fellow Irish raider Wolfe, going down by two lengths. The daughter of Droopys Sydney has already proven she’s another capable of a sub five-second exit from the traps and with Distant Village (Trap 5, TF128) not the most reliable himself at the boxes, she can book her place in next week’s final

The second semi-final at 8.52 has undoubtedly been the more talked about pre-race, with DEERJET SYDNEY (Trap 4), who has shown a marked tendency to turn left at the boxes from a middle draw in the first two rounds, again drawing Trap 4.

Pat Buckley’s charge was another not to so slick from Trap 1 last time, yet still ran a stormer to chase down kennel-mate Knocknaboul Syd, posting a Timeform rating of 138 in the process. Given his efficiency from the middle to date, he may well be worth siding with to trap fast again and come out on top.

Connections of Wolfe (Trap 3, TF132) have experienced their fair share of thrills and spills with their classy November 16 whelp, exiting in unfortunate circumstances last year. He’s done well to overcome unfavourable circumstances on more than one occasion this time around. However, his position inside the first mentioned doesn’t look ideal and he may well be a hostage to fortune on the approach to the first bend.

With that in mind, those drawn wider may well be seen to good effect, Smurfs Machine (Trap 5, TF 126) was impressive in defeating Churchill Holly (Trap 1, TF126) seven days ago but the value may come in the shape of Troy Firebird (Trap 6, TF 130), who has run consistently well in defeat to date.