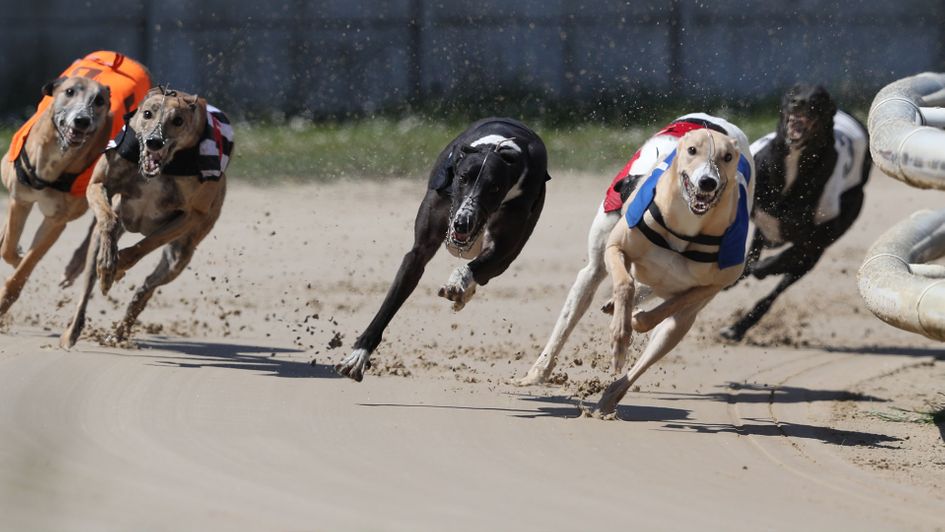 There was a real sense of deja vu at Nottingham on Monday when strong-running Easy On won the Star Sports & Arc Greyhound Derby Trial Stakes for Colin Handford - because we’ve definitely been here before!

King Louis won the last trial stakes before lockdown in March and, since then, the Classic has been rescheduled to October and reduced to a restricted field of 96 runners with one round less than usual. And we’re all delighted it’s back on again.

The upcoming Mondays at Nottingham will see a whole raft of new trial stakes for the Derby and, while the Ladbrokes Gold Cup and RPGTV Yarmouth Derby will be eyed-up by trainers, so will a chance to impress and gain experience at Colwick Park

Hopefully, owners will be allowed in to see their pride and joy run at Nottingham - and other tracks - soon. It’s been fantastic to hear the crowds roar again at Yarmouth, for instance. The Franklins really have led the way out of a tricky situation for all.

We all appreciate it’s a fluid situation and local councils ultimately have the final say, but with stringent biosecurity measures employed and a curb on numbers allowed in, stadia can surely reopen. Football is looking at the situation now ahead of the new season.

Either way, it’s been good to hear Derby sponsors Star Sports already planning for the traditional Derby Lunch for the finalists, which has been pencilled in for London on Monday, October 26. It’s a highlight of the year - especially if you have a finalist!

Before then, however, it’s the BoyleSports Irish Derby, starting at Shelbourne Park on Friday with a split first round carried through to Saturday - 12 heats apiece - with the defending champion Lenson Bocko heading the entry.

Not since the mighty Spanish Battleship has a greyhound successfully defended the crown - and he went even better with three-in-a-row - but Graham Holland’s champion bids to do exactly that. However, this year’s opposition looks even tougher so better is needed!

Well done to sponsors BoyleSports for offering charity bets on the 550yd Classic and yours truly has €100 on Owen McKenna’s Champion Stakes winner Pestana to land a famous double. All proceeds go to the Irish Retired Greyhound Trust - he’s a 14/1 chance.

Incidentally, good luck to English owner Simon Taylor who is on a roll with his Newinn Taylor, who, remarkably, remains unbeaten after 12 starts having recently landed the Produce Stakes at Clonmel. Simon owned Newinn Shadow, among others.

Time slipping away for Belle Vue

From the sense of anticipation that is Shelbourne Park to the sadness that is Belle Vue - and a race against time to save the stadium where greyhound racing first started in 1926.

Scandalously the company employed to demolish the buildings to pave way for housing have been given an October date to bring in the bulldozers - unless a buyer can be found to reclaim the site for leisure use. It doesn't just have to be a greyhound stadium

Therefore the team behind the ‘Save Belle Vue Stadium’ are now seeking investment to secure the land from the owners - Crown Oil Pensions Fund - which would stop the demolition which wipes out 90-plus years of history in the Gorton area.

The group remains hopeful that a deal that be achieved, but are realistic in these straightened times brought on by the Covid-19 pandemic that additional help might be needed - and are now calling on government to save the iconic stadium.

Campaigners have been left disappointed by Mayor Andy Burnham’s response to their approaches, despite stressing how much the local community could be boosted by a vibrant Belle Vue in a largely industrial area.

They point out how, despite a lack of investment for many years, Belle Vue remained one of the busiest stadiums at the weekends - for both the dogs and speedway when it was staged there. Employment opportunities could be lost, they have stressed.

However, as long as the stadium remains intact, the fight for it continues and a meeting with a group of MPs in London has now been rescheduled.

Back to a good news story now and chapeau to RPGTV analyst and former bookmaker Steve Allen for this particular gem.

Steve pointed out on Monday that Onthego Blu achieved the rarest of feats when winning an A3 at Yarmouth having notched up straight hat-tricks at three tracks - Pelaw Grange, Peterborough and now the go-ahead east coast track. Well done trainer Robert Copping.

Still with on-track news, a busy weekend lies ahead with two GBGB Category One competitions getting under way with the Ladbrokes Gold Cup and Ladbrokes Summer Stayers Classic providing a huge double-header for open-race fans across the next three Saturdays.

Southfield Code was rampant in a trial stakes for Kevin Hutton on Saturday over 630m and any clash with Angela Harrison’s up-and-coming Droopys Catch could be something special, while two against the field for the Gold Cup are Queen Jessiej and Julie Bateson’s cracking early pacer Tasty Treat.

Finally, a plug for July’s RPGTV/GWA Greyhound of the Month.

It’s an award voted for by RPGTV viewers, with a panel including Greyhound Writers’ Association members putting together a list of nominations - and this month looks a tough as any. Voting is now open via @rpgreyhounds on Twitter - so get involved.

Incidentally, the inclusion of Dark Ocean, a graded star from Notts, has raised suggestions of perhaps a Graded Greyhound of the Month award being introduced. When racing re-started, the graded stars led the way with Kinsley’s Freedom Shandy winning the May award for trainer Jamie Hurst.

GWA/RPGTV July Greyhound Of The Month 🗓