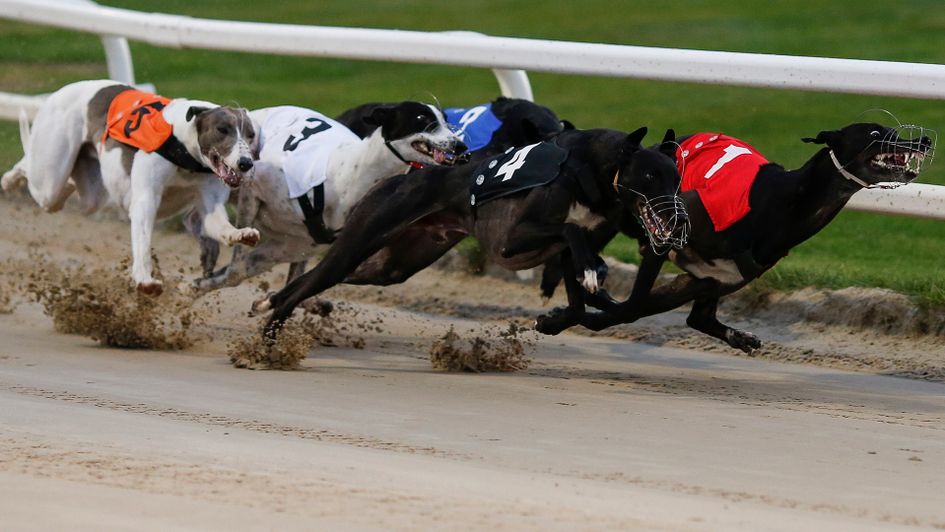 The third round of the Greyhound Derby takes place on Saturday

Ian Brindle assesses the current state of play in the Star Sports/TRC Greyhound Derby as the competition reaches the third-round stage on Saturday.

The Star Sports/TRC Greyhound Derby has reached the third round and we are at the point where it's Saturday night shifts from hereon in.

We’ve had our fair share of thrills and spills during the first couple of rounds, and while the sponsors suspected the track record would go at some stage during the series, even they probably didn’t envisage Lautaro trashing the old mark on the opening night with a figure of 28.84 seconds.

The layers predictably slashed the odds about the son of Droopys Sydney, though history tells us that it will be a big ask for the fastest dog in the first round to be collecting the top prize on Finals night.

It would be remiss not to acknowledge that there have been some gripes regarding the track preparation at Towcester, with leading Irish handler, Pat Buckley, being among the more vocal about the dryness of the surface.

The variance over the second round was far from ideal for formbook analysis but you didn’t need a stopwatch to see how important early pace proved in the outcome of the races.

It’s been tough for dogs to arrive from massively off the gallop, though one needs to bear in mind that such observations are aggravated by the number of railers in the field.

Fast breaks will always be rewarded while any misfiring from the lids has been starkly punished.

Eliminations are part-and-parcel of knockout competition and we have regrettably lost a number of the big names.

Leading British hope, Bubbly Apache will be a big miss for the home team, while the Irish saw the checkouts of Part Blake, Skywalker Barry and Coolavanny Calvn.

We are likely to see some of those in the Derby Plate but the Irish retain the upper hand in the betting and there are 14 of their number engaged as we head into Saturday.

Ballinabola Ed presently heads the ante-post lists and Pat Buckley’s dog is another graduate of the Kirby Memorial.

Connections declared their hand fairly late about his participation in the Derby, and those that snaffled the 33/1 about him will be delighted to see him trading at 7/2 for outright glory.

There’s been plenty of hyperbole about the dog on social media but that’s understandable as he has been impressive in both rounds so far. While he isn’t the most lightning of trappers, the effortlessness with which he accelerates to the first bend is something to behold.

We will see him in the seventh heat (20:26) where he’ll reoppose Bockos Belly (whom he beat last week) and will also be up against kennelmate and our call for “Top Bitch” – Bobsleigh Dream.

As ever, the top three qualify from each heat so it’s no cliché to say that is the aim.

Just five bitches remain in the competition and the current favourite in that market is Singalong Sally, though do check with your bookmakers as some, including William Hill, are disregarding Makeit For Waz if you placed your wagers ahead of the first round.

The Irish Derby finalist was kept honest by a rejuvenated Ballymac Fairone in round two but cannot afford to rest upon her laurels in heat four (19:30).

This appears to be one of the stronger contests though connections will be delighted to have drawn on the inside, rather than outside, of Signet Ace.

Thorn Falcon is also involved in this heat. Conditions probably haven’t suited his running style but there’s little doubt that the reigning champion dodged a bullet in the first round when completely walking out of the boxes.

Pete Cronin has had finalists in the sport’s premier Classic and any feelings of disappointment regarding All About Ted’s exit would have dissipated as Kildare triumphed with the fastest time last Saturday night.

Catching the eye as a likely improver in the first round, Kildare achieved that figure off a fairly modest sectional and from what many correspondents have believed to be the unhelpful red box.

The draw has placed him in the opening heat (18:35) and the bookies make him odds-on to despatch the likes of Deelish Frankie and Bockos Vieira. This time he’ll need to produce the goods from trap four but this is something he’s used to as he campaigned out of four or five during the Kirby.

Belgian-born Patrick Janssens could be the biggest barrier to a ‘greenwash’ and he has eight runners left in the competition, including the aforementioned Lautaro and Thorn Falcon. Given he realised the 1-2 last year, it would be a brave man to oppose Janssens producing something special this time around.

The sponsors go 4/9 about an Irish winner with the Brits priced at 13/8.

Among the Irish contingent is Graham Holland, who hails from Wiltshire but has trained in the Emerald Isle for a considerable time. This year’s series has not been a great one for the three-times Irish Derby winner though Romeo Magico continues to keep the fires burning.

The son of Magical Bale has drawn the ping box of trap three in the third heat (19:10) and the opposition is nowhere near as tough as it could have been.

The Derby always has its stories and Mickys Barrett has probably been just about one of the best supported dogs on the terraces at Towcester.

Trained by Jason Gray, he was bought in memory of Mick Barratt and there are some 64 very vocal members of the syndicate that own him.

Ironically the dog we are seeing is not the original Micky Barrett but is a replacement. The original purchase being unable to take on the moniker as he’d already been renamed in the past.

As sporting weekends went, it wasn’t a bad one for the owners as having won a heat of the Derby, they reportedly headed to Wembley on Sunday to cheer Nottingham Forest to victory in the Championship Playoffs.