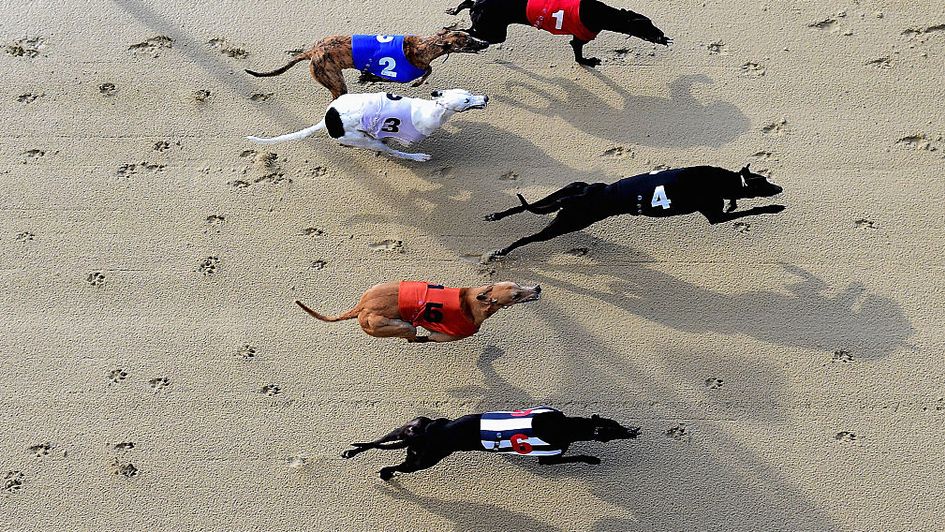 We have a Lucky 15 to consider

Greyhound betting tips and analysis for live card at Romford

Aoife Corrigan picks out a Lucky 15 for Friday's greyhounds card at Romford.

A Lucky 15 consists of 15 bets: 4 singles, 6 doubles, 4 trebles, 1 four-fold. To place a multiple bet, select greyhounds and options will appear in your betslip.

A mix of 13 races on offer with varying distances from the sprint trip (225m) right up to the marathon race (750m) which is final race on the card and I have four dogs that I think can go well.

The first of them runs in the 6.43 which is the opening heat of the maiden competition and I am siding with Trap 3 Runchunkyrun, who last won a race at the end of march when taking an A2. He has enough early to lead his immediate two inside runners and if doing so should be involved from a good middle draw. Trap 5 Spicuzza has only had two starts but has ran disappointing in both but has scope to improve but Runchunkyrun is drawn to win.

Onto my next selection which runs at 7.18 which is a standard 400m and I really like Trap 5 Theresas Pet. This in-form lady has back-to-back wins over C&D and has also won three of her last four starts. She has got blistering early speed and if wearing her trapping boots and using that to her advantage could make all. Trap 2 Lemon Baratcus is the fastest in the line-up and definitely would be rated a danger but for me there is a lot to like about Theresas Pet and she gets the Nap vote.

My third selections runs in a maiden stayers open 575m race at 7.36 and it's Trap 4 Ramat. This dog has been knocking on the door his last two starts over four bends, when second on both starts. He has won over C&D in the past and will relish the step back up in trip. Trap 6 Award Winner was a winner two starts ago and had excuses the last day so will hope to be in the mix again but the four dog can hold sway.

Finally, Trap 6 Storys Direct gets the vote in the 7.56. I napped this dog up last week and he ran a little disappointingly with no excuses to be had but I am sticking with him to get back to winning ways. I feel this is a weaker race than last week and I think he has enough early to lead and if doing so I think he can make all as a strong stayer from the front.