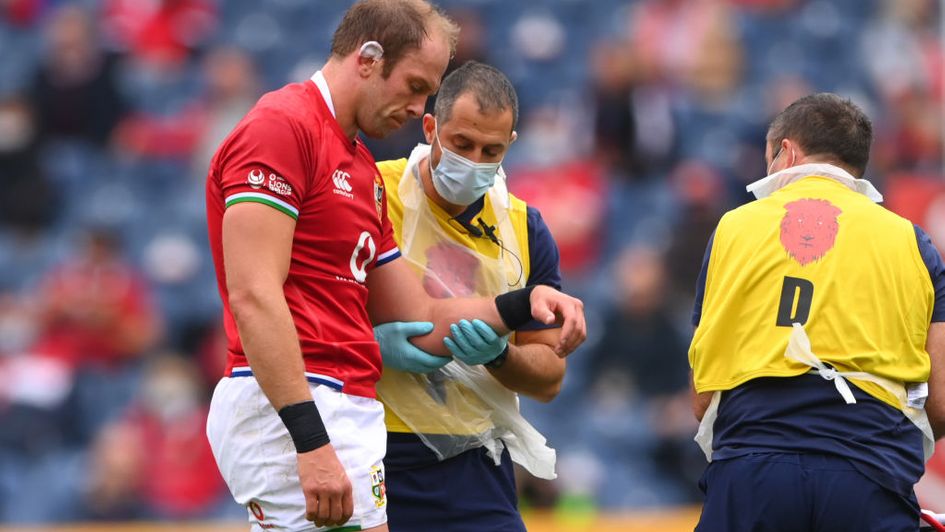 Alun Wyn Jones could make a sensational return to the British and Irish Lions squad after seeing dramatic progress in his recovery from the dislocated shoulder that appeared to have ended his tour.

Alun Wyn Jones could make a sensational return to the British and Irish Lions squad after seeing dramatic progress in his recovery from the dislocated shoulder that appeared to have ended his tour.

Jones sustained the injury six minutes into the opening match against Japan on June 26 but is now training with Wales and Warren Gatland will make a decision on Tuesday whether to summon him to South Africa.

“A few weeks ago we didn’t think there was an option and he’s been back fully training with Wales. He’s trained this week with them,” Gatland said.

Warren Gatland: "Most chaotic week of my career"

“I think he’s doing a double session tomorrow (Tuesday) with them and we’ll have to see what the outcome of that is.

“He’s made a remarkable recovery from that injury which isn’t as bad they first thought.

“That’s a real positive and it would be a boost to the squad having someone of his experience and calibre to come in.”

Gatland first raised the possibility of Jones making a “miracle” recovery shortly after arriving into South Africa a fortnight ago.

The Lions head coach revealed that because of the 35-year-old Wales captain’s age, shortcuts could be taken during his rehabilitation in a bid to restore him to full fitness in time for the Test series.

And that prospect has moved a step closer with Gatland now admitting his return is a “possibility” as he waits on the medical report that will shape his decision over the next 24 hours.

The Lions were left reeling by Jones’ cruel misfortune so early in the match at Murrayfield and resigned themselves to facing the world champion Springboks without their talisman and the game’s most capped player.

If the original tour captain is given the all-clear to rejoin the squad at their new base outside Cape Town, then his first meaningful opportunity to play will be Saturday’s clash with the Stormers, which arrives a week before the first Test.

Maro Itoje, the England second row who once again was expected to pack down alongside his 2017 Lions team-mate, would welcome his stunning comeback.

“Alun Wyn is a great player. He was our captain for this tour and we want the best players here,” Itoje said.

“He comes with a massive amount of experience. This is his fourth tour. He’s a great player and a great person to have around. If he’s fit and healthy, then it would be great to have him around.

“Initially everybody thought he was out. He thought himself that he was out! But all things can happen with hard work and preparation and dedication. He has that in abundance.

“If he’s able to come out, I’m sure the Lions will sort him out with a nice private jet and he’ll fly quickly straight over to Cape Town. If he’s here that will help our cause.”