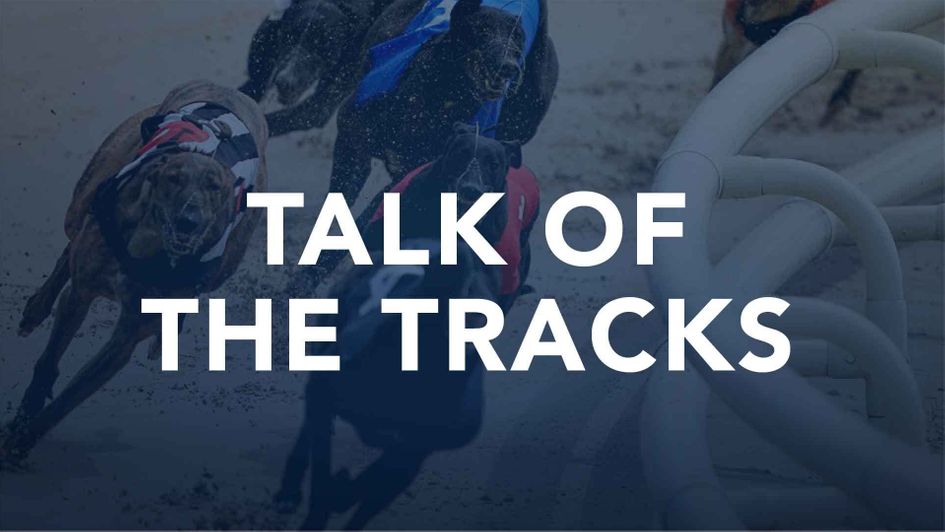 Greyhound racing latest: Jonathan Hobbs with all the major news

Jonathan Hobbs returns with the latest from the world of greyhound racing, including news of the RPGTV Entain Track Championship on Saturday.

Featuring the four Entain tracks in the group - Crayford, Hove, Monmore and Romford - runners from each venue help make up 12 top-quality races where points will be won from first (7pts) down to sixth (1pt) and top prize-money paid across the board. The winning track overall will receive various bonuses and initiatives.

It’s clear from the interviews on RPGTV that the respective racing managers - Danny Rayment (Crayford), Daniel Rankin (Hove), Monmore (Tony Williamson) and Romford (Mark Arkell) - have absolutely enjoyed putting together teams for this gala card and the rivalry is clear to see.

Hove will be looking to maximise home advantage and have the likes of Seamus Cahill’s pair of Puppy Derby champion Surprising and Derby finalist Smurfs Machine running for them, although Romford go to traps favourite with David Mullins’ GBGB Sprinter of the Year Shrewd Call among their leading fancies.

Crayford will be looking to the likes of Ballymac Micko (Jim Reynolds) and Blue Tick George (Jim Daly) to shine, while Monmore’s popular Daddys Prince (Stuart Buckland) and top sprinter Mr Roo (Lee Field) will be cheered on by those supporting the Wolverhampton venue.

All four of the Entain tracks will stage these gala meetings - and maybe, just maybe could lead to a more broader inter-track competition in the future. A fragmented sport in terms of media rights has seen a split in terms of Arc and SIS tracks - although this is clearly a moveable feast judged on recent developments.

Either way, talk of a national inter-track competition being staged is premature until some sort of amalgamation - or thawing of relations!

Until then greyhound fans get to enjoy a fantastic series of meetings being put together by the Entain tracks - and all the action will be on SportyStuff TV/RPGTV.

Carl Perry and June McCombe both cited prize-money as a factor in announcing they are to relinquish their training licences this week.

Sheffield trainer Perry also blamed the loss and downgrading of open-race competitions for his decision to call it quits after seven years of training greyhounds with the Geelo prefix, owned by his great friend and business partner Nic Brereton.

Brereton himself described the decision as “heartbreaking” but pointed to the loss of the fun and vibrancy generated by the major Sky nights as a reason for taking a step back.

However, both Perry and Brereton will not be completely lost to the sport with a pledge to continue a British breeding operation and to own open-race dogs in the UK and Ireland - with big-race sponsorships still very much in their plans.

Popular trainer June McCombe is retiring from the sport. Now 75, former Belle Vue handler  McCombe will have her last runners at Doncaster in July.

Sunderland is to upgrade its lighting and means the Wearside track will swop upcoming Tuesday meetings with its sister track in the north-east Newcastle throughout May.

Arc’s greyhound operations director Rachel Corden said: “As significant works are required to the floodlights at Sunderland we have taken the decision to invest in new LED floodlights.

A new podcast, produced by the Greyhound Board of Great Britain, has been launched for fans of the sport.

Called ‘Out Of The Traps’, it is hosted by RPGTV’s Dave Clark and the GBGB’s Paul Illingworth and will feature different members of GBGB staff as well as special guests from the greyhound community including owners, trainers, Greyhound Ambassadors and fans.

Produced by the GBGB’s IT Manager, Tom Huntley, the podcast aims “to bring GBGB licence holders and fans of the sport the latest news from both the GBGB and the wider world of UK licensed greyhound racing.”

Commenting on its launch, Mark Moisley, GBGB commercial director, said: “We are delighted to have the first episode of the podcast out. We hope it is something that our licence-holders will enjoy listening to on their way to or from the track and will help keep them up to date with our work at GBGB.

“As well as updating them on initiatives underway and key calendar notices, I also hope that it will help people get to know everyone ‘behind the scenes’ at GBGB and find out more about their background and passion for our great sport.

“As well as the new podcast, which is intended to be an entertaining and informative listen, we are also working on a new digital newsletter to be sent to all licence-holders. We hope that both of these provide a new avenue for us to keep stakeholders updated and informed.”

The first episode of ‘Out Of The Traps’ is available ia all the main podcasting apps – including Spotify, Google Podcast and Apple Podcasts –  with further details available via www.gbgb.org.uk.

Central Park stages the semi-finals of the RPGTV Grand National on Sunday, with four-time winner Ricky Holloway still very much the trainer to beat.

His Roxholme Biscuit is the defending champion and, along with Nomansland Flyer and Toolmaker Daddy, landed a treble for the local handler in last week’s heats. He also trains Springbok runner-up Meenagh Maverick, who looks well drawn in the first semi-final.

However, in what looks a cracking renewal of the jumpers’ Classic, David Mullins’ Springbok champion Droopys Rex and finalist Four Fifty Max, a good heat winner for Jim Reynolds, are also very much in contention.

Fantastic to see the 2019 Greyhound of the Year, Ice On Fire back on track.

Brought out of retirement by trainer Jimmy Fenwick and owner Dave Spraggon, the multiple Category One winner has looked in sparkling form in recent trial spins at Newcastle.

Meanwhile, the north-east venue is the new home of the Northern Flat, the old Belle Vue competition, which is back on the calendar under the Arena Racing Company sponsorship umbrella. Heats of the Category One competition take place on Tuesday.

Tuesday also sees heats of another Category One event with the KAB Maiden Derby at Towcester.

On the evidence of qualifying trials, this competition also looks set to be a cracker and an obvious stepping stone to the Derby given its staged over the same C&D as the Star Sports & TRC Events & Leisure English Greyhound Derby.

Tuesday’s card also sees another batch of Derby trial stakes, with a new set of traps installed at the Northamptonshire venue this week hoping to alleviate the no-race problems of last week.