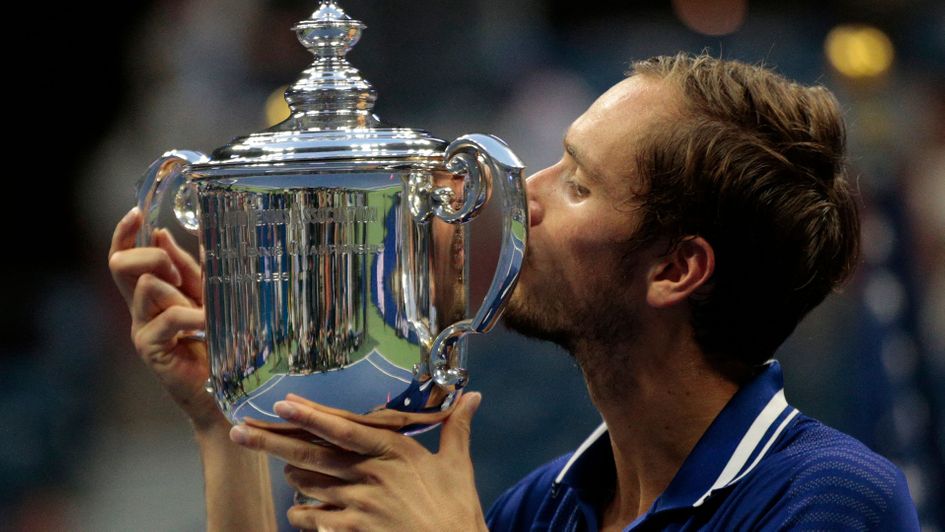 Daniil Medvedev ended Novak Djokovic's hopes of achieving an historic calendar Grand Slam with a stunning 6-4 6-4 6-4 victory in the US Open final.

The world number one was bidding to become the first man since Rod Laver in 1969 to win the Australian Open, French Open, Wimbledon and US Open in the same year but he fell short in his 28th Grand Slam match of 2021.

While Djokovic remains on 20 career Grand Slam titles - and level with Roger Federer and Rafael Nadal - Medvedev finally wins his first having previously lost the finals of this year's Australian Open and also the 2019 US Open.

Djokovic dropped his opening service game from 40-15 and, although he settled on his own delivery, he was unable to touch Medvedev’s.

The Russian gave up just three points on serve, sealing it 6-4 as Djokovic lost the first set of a match for the fifth time in a row.

Djokovic tried to make a fast start to the second set and had Medvedev at 0-40 in the second game only for the Russian to serve his way out of trouble.

The world number one then saved a break point but it was clear his internal pressure gauge was hitting the red zone and it exploded out of him in the fourth game.

After two more break points went begging and then a missed return, Djokovic smashed his racket repeatedly on the court, earning a warning.

Whether through tension, the effect of a succession of long matches or a combination of the two, Djokovic simply could not get his legs working or his game into its usual groove.

Medvedev seized the moment with a break for 3-2 and served out the set 6-4 to move to within one of a maiden slam title.

Medvedev would have expected a reaction from Djokovic but it simply did not come, and the world number one was in serious trouble when he was broken again in the opening game of the third set.

A second break followed and Medvedev looked poised to serve out victory at 5-2, 40-30, only to wobble at the finish line and double fault twice.

The crowd roared as Djokovic won consecutive games, the world number one becoming emotional at the change of ends before Medvedev tried to serve it out again.

The Russian double-faulted again on his second match point but on the third Djokovic netted and Medvedev fell to the court in celebration of a 6-4 6-4 6-4 victory.