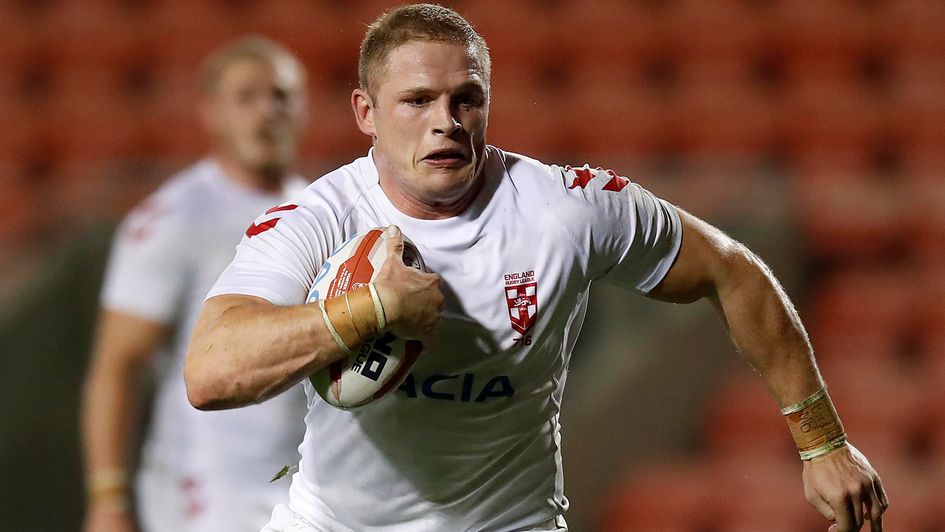 England forward George Burgess has been summoned to appear at a disciplinary hearing over an alleged eye-poking incident during Sunday's second Test against New Zealand.

The match was held up for Kiwis full-back Dallin Watene-Zelezniak to have treatment for an eye injury, shortly after coming into contact on the ground with the South Sydney prop.

The incident, which occurred 20 minutes from the end of England's 20-14 victory, went unpunished by referee Gerard Sutton and Watene-Zelezniak brushed off the clash in his post-match interviews.

However, the Rugby Football League announced on Monday that New Zealand cited the incident and referred Burgess to a disciplinary hearing on Tuesday evening.

A statement said: "The Match Review Panel appointed by the Rugby Football League for the series determined that the incident merits a Grade D charge of behaviour contrary to the true spirit of the game."

A grade D offence normally carries a suspension of three to five matches, which puts Burgess' place in the side for Sunday's third Test at Elland Road under threat.

A ban of more than one match would be carried over into the 2019 NRL season.

The case will be heard by a three-man panel, including one representative each from England and New Zealand.

Burgess was recalled by England from a two-year absence for the opening autumn international against France and he has also played in both games against the Kiwis so far.

England coach Wayne Bennett said, despite wrapping up the series with a game to spare, he would be loathe to make any changes for the third Test, although he will have to find a replacement for hooker Daryl Clark after he broke a rib at Anfield.