Closely related to a number of 'black types' including All At Sea, three-time Listed winner in France; unfancied and well beaten on debut run at Chelmsford late last month; needs to improve to take a hand.

Failed to build on debut at Wolverhampton last time out at Doncaster; related to plenty of winners and likely to do better in time and in handicaps.

£36,000 Epaulette colt who is half-brother to three winners over a variety of distances; ran well for a long way on only racecourse appearance at this track in late November; entitled to improve and market moves would be interesting.

Kodiac colt (€75,000 yearling); had been showing quite consistent form in early autumn; last run best forgotten (clipped heels); one of the more likely types given his consistency and experience.

Pulled up on his debut (jockey felt there was something wrong) but subsequently found to fine; showed his well being when running a dent effort at Lingfield a week later; should improve and one for the shortlist.

No signs of talent from two racecourse appearances at Wolverhampton in November; unlikely to be good enough though obviously open to improvement.

Beautifully bred filly who cost 260,000 guineas as a yearling; related to many black type winners; worth a market check to assess stable confidence.

Did not improve for step up to a mile on her second racecourse at Chelmsford late last month and difficult to see she will be ready to put her best foot forward at this stage of her career.

Made an interesting debut over course and distance in October when let down by running a bit green; should be more up to the task and could once again be doing her best work in the closing stages.

Not the strongest event and this could go the way of the newcomer DISCO FEVER who would not have to be anything special to land this. Well bred and costing a cool 260,000 guineas, connections will be disappointed if she was not capable of running a big race on her debut. Phuket Power has had plenty of experience and with good excuses for his below par performane last time out, he should be able to bounce back and be one of the more serious contenders here. If Lottie Marie can get off to a better start than she did on her debut then she looked as though she has plenty of ability and was doing her best work in the closing stages.

David Ord snared a 13/2 winning Nap on Monday and he hands the baton to Matt Brocklebank who fancies one for trainer Gary Moore at Leicester. 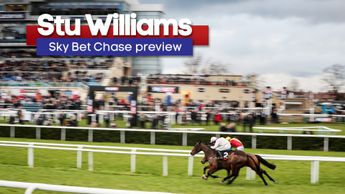 12h
All Racing Tips
Most Followed