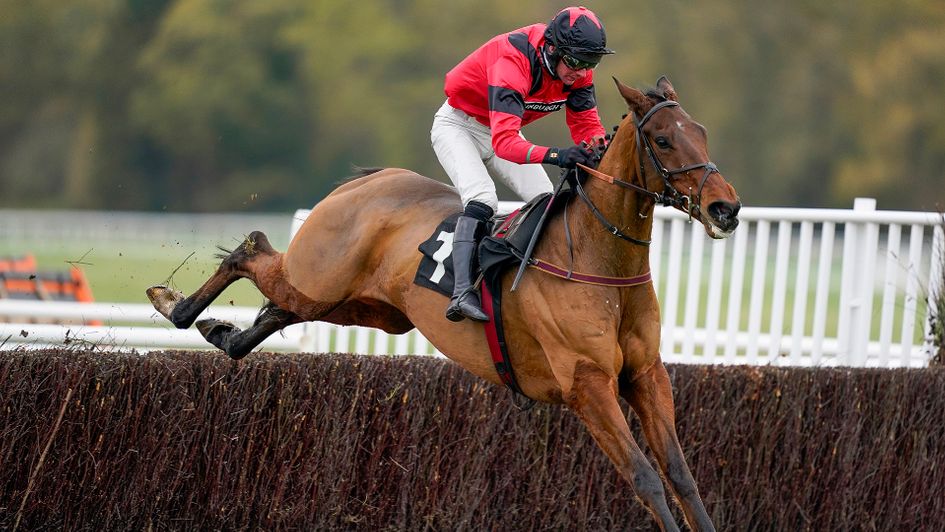 While beaten seven and a half lengths, Russell’s assistant and partner, Peter Scudamore, believes there is more to come from the seven-year-old, who is as short as 6/1 with Coral and best-priced 12/1 with Paddy Power for the Festival Novices’ Chase at Cheltenham on March 16.

Though connections were eyeing the Winter Million meeting at Lingfield for Ahoy Senor’s next run, Scudamore is instead targeting the three-mile Towton Chase at Wetherby on February 5.

“Ahoy Senor is fine,” said Scudamore. “I think he’ll be favourite when he goes for the Towton.

“Though we were toying with the idea of running at Lingfield, I think he will go to Wetherby now.

“We will just target him for that race and see what happens.”

The track did not appear to suit Ahoy Senor at Kempton, but Scudamore says the talented youngster, a Grade One-winning hurdler last season, lost no caste in defeat.

“He was shaping up to be Arkle and he’s not,” he added. “He’s still learning and we went to Kempton in hope.

“I watch these races and I do think, without putting my safety hat on, we do have a responsibility to support these races – a £100,000 novice chase – and you are disappointed with £20,000 for finishing second!

“That is the level of the thing and even if he wasn’t able to beat Bravemansgame, who is a very good horse, we lost nothing in defeat.”

The Kinross-based Russell gave Ahoy Senor an entry in the Cheltenham Gold Cup and while nothing is ruled out, Scudamore admitted: “I would think it most unlikely – but if you are not in, you can’t win.

“Who knows what is going to happen? Bob Olinger etc look as good a set of novices as I have seen, but it is a long time between now and March.

“We will go to Wetherby and see where we go after that.”