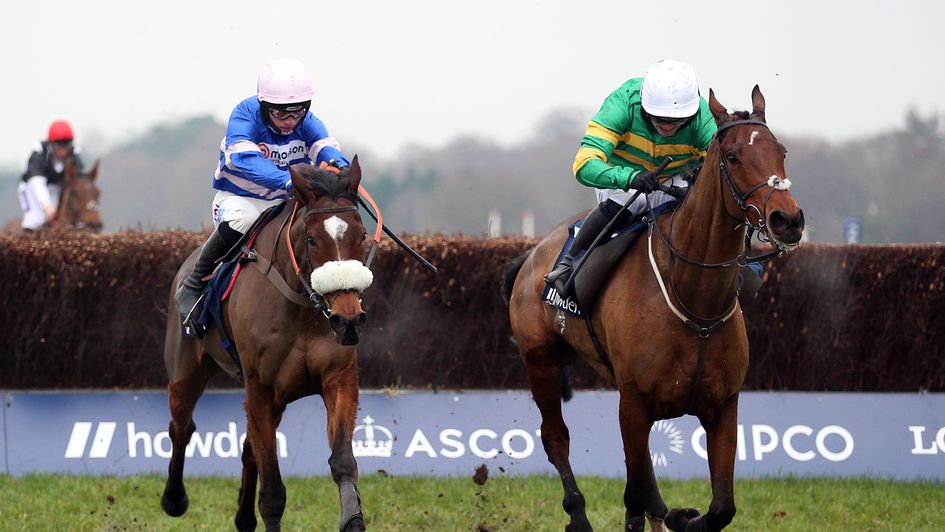 With the inaugural running of the Lingfield Winter Millions Weekend and high class cards at Ascot and Haydock on Saturday, punters are spoiled for choice with any number of races already priced up.

I’ll try to pick the best opportunities each day here and start at Lingfield on a Friday where Dan Skelton’s ECLAIR D'AINAY bids to follow up his facile Castleford Chase win over Christmas in the racehorselotto.com Handicap Chase over two miles.

His form on soft ground, which seems certain here, is very progressive and his Wetherby victory received a timely boost at the weekend when Cornerstone Lad, who was well beaten, waltzed home over the course and distance.

At 3/1 he’s not a fancy price but Skelton nominated this race immediately after his last win and I expect more of the same from John Hales’ eight-year-old, who should be approaching his peak now.

Later on the card, the Sovereign Handicap Hurdle looks as competitive as any other race being staged this weekend with Garry Clermont and Metier, third and fourth in Ascot’s Ladbroke Hurdle, reopposing and Hunters Call, who nearly pulled off victory in the International at Cheltenham, also entered.

If Emmett Mullins declares Sevenna Star, a horse I’m pretty sure his trainer has a plan for, I’d take note but the yard also have Carrarea entered so he couldn’t be recommended as a bet at this stage.

However, a horse from the stable of Alastair Ralph, ROCKADENN, does look to have a major chance at these weights on his favoured heavy ground.

He returned to form last time out at Haydock when appearing to be outstayed by the well-treated Celebre D’Allen over three furlongs further and this test should be perfect and he races from the same the mark he beat Pic D’Orhy off at Taunton this time last year.

He also has a 17lbs pull for the seven lengths he was beaten by Garry Clermont at Warwick last May and could be ready to put in a massive run on his third outing since leaving Paul Nicholls, who bought him after he finished second to Sir Psycho at Haydock as a four-year-old. There’s a bit of juice in his price at 14/1.

A potentially very well handicapped runner in Lieutenant Rocco makes his seasonal debut in the Peter Marsh Handicap Chase at Haydock on Saturday but it’s difficult to know what form the stable are in and he has no form first time out after a break.

Horses with form at this track regularly return to run well and ENQARDE looked to have plenty more to give when sauntering away from Remastered, who had looked like winning the Ladbrokes Trophy when falling at the fourth last on his previous run at Newbury, here last time.

If in the same form, Dr Richard Newland’s eight-year-old should take plenty of beating and he’s worth a bet at 7/1.

It could be another John Hales-owned gelding in SONIGINO who is the answer to the SBK Holloway’s Handicap Hurdle at Ascot with the step up in trip likely to bring about improvement on his third run for the Nicholls team.

Hales doesn’t have many 125 rated horses in training and parted with plenty of money to bring the five-year-old to England and this is a race Nicholls has done well in over the years.

Some of his opponents have options elsewhere and the 10/1 on offer looks good value.

The other big handicap on the card, the Bet365 Handicap Chase, unsurprisingly has attracted some fast improving horses with Venetia Williams’ Farinet and Emma Lavelle’s Killer Clown two upwardly mobile opponents for the JP McManus-owned PALMERS HILL to contend with.

Jonjo O’Neill’s nine-year-old has looked to be at the peak of his powers with easy victories at Wetherby and this course before Christmas and a small step up in trip should prove no hindrance in his quest for a hat-trick.

He’s one of the favourites at the time of writing but that seems fair and he’ll take plenty of beating here.

Sunday’s Fleur De Lys Chase at Lingfield has attracted Fakir D’Oudaries at the five-day stage and he sets a high standard as a horse who regularly wins at this level and will take plenty of beating if declared over this intermediate trip.

The one I’ve been waiting to see step up to Sunday's distance is Olly Murphy’s ITCHY FEET, who hasn't won for nearly two years since landing the Grade One Scilly Isles Novices’ Chase.

He’s run some cracking races over slightly shorter trips in top company though and, while I believe he’s crying out for three miles, I’m prepared to give him a chance here at 10/1.