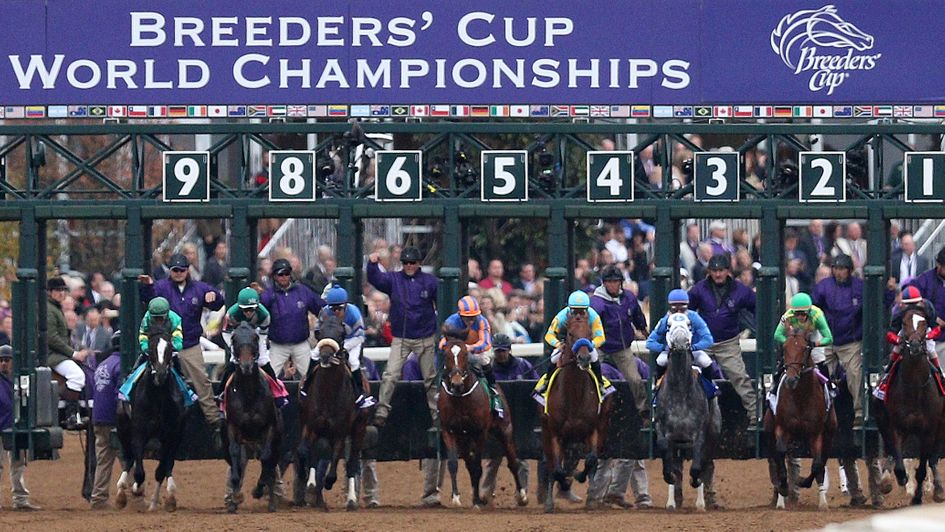 Lady Hollywood could have a starring role in the United States if Alice Haynes’ ambitious plan to turn the youngster into a Breeders’ Cup contender comes to fruition.

The daughter of Havana Grey has raced exclusively at five furlongs to date and having been made to wait until her third outing to break her duck, she has now racked up three quick victories culminating in a successful Naas raid in the Marwell Stakes.

Having scooped that Listed prize, Haynes is now eyeing up Group honours and a performance that will justify an American adventure later in the year, with both ParisLongchamp and Doncaster under consideration for the Amo Racing-owned filly’s next start.

“She’s done great since Naas, if anything she’s getting even quicker,” said Haynes.

“The plan is to aim for the Prix d’Arenberg (September 1) at the beginning of September or the Flying Childers Stakes (September 9), one of those races, before most likely the Breeders’ Cup will be the ultimate goal.

“We are working back from Keeneland. It would be nice to run her, but she needs to go and at least run well, if not win a Group race beforehand, and that will be one of her targets for September.

“This is really my first full year of training, so to have a filly like that who keeps on improving is brilliant. She seems to have a great mind with it and we don’t want to burn her out before the beginning of November.

“It’s a long year and she’s had five runs. She was unlucky not to win first time, had a couple of excuses second time out and is unbeaten since. It’s not like she lacks experience and we just need to keep her going in a straight line towards the Breeders’ Cup.”

Haynes was also pleased with the performance of Remarkable Force at Goodwood last week and has the valuable Goffs UK Harry Beeby Premier Yearling Stakes during York’s Ebor meeting in mind for the Acclamation colt.

“Remarkable Force ran really well,” continued the Newmarket-based handler. “He didn’t particularly like the hill and he only really started racing from the bottom of the hill. He’ll probably go to the Goffs race at York.”