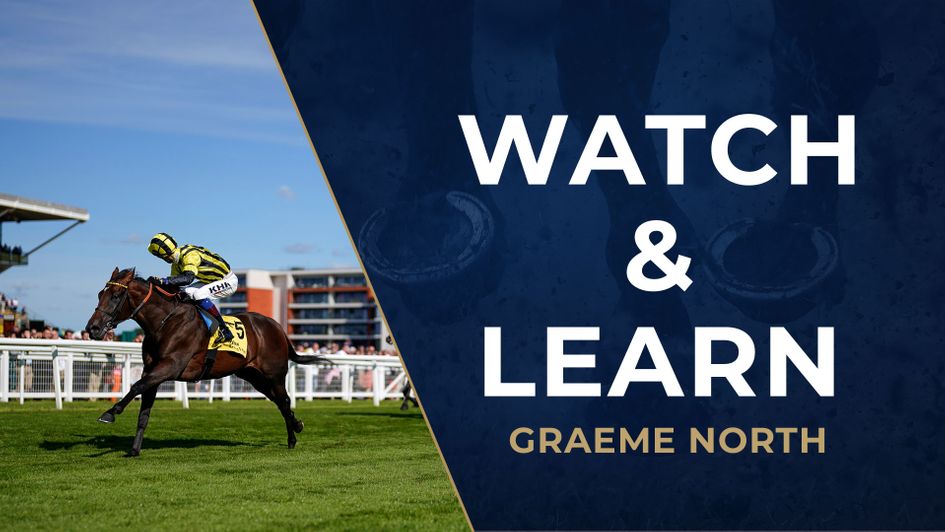 Graeme North reviews the weekend's racing highlights from a timefigure perspective and he is wary of Sakheer for the 2000 Guineas for a few reasons.

Be wary of Sakheer for Guineas

For the second Saturday in a row, the afternoon belonged to Roger Varian who for the first time in his training career sent out seven winners on the same day. Needless to say, that remains a very elusive achievement, albeit one that has become more readily attainable in recent years as the fixture list and number of eight-race cards has continued to grow. Since 2018, William Haggas, Mark Johnston and Andrew Balding have also sent out seven domestic winners on a single day with pride of place from a strike-rate perspective going narrowly to Andrew Balding whose haul came from just twelve runners as opposed to Varian’s thirteen.

Incidentally, Paul Nicholls (three times) and Nicky Henderson have done the same over jumps in the last decade or so. Nicholls sent out eight winners (from twenty-four runners) on one afternoon in February 2019, though Henderson’s septet back in 2011 remarkably came from just seven runners!

Unsurprisingly, the feature event at Newbury, the Group 2 Dubai Duty Free Mill Reef Stakes, was one of the races Varian won and his Sakheer was impressive enough to see him introduced into the 2000 Guineas betting at a general 8/1.

Sakheer is undoubtedly an exciting colt who possesses a mighty turn of foot and the way he left his rivals for dead, much as he had when he won his maiden at Haydock, had to be admired. He’s clearly smart at least, but exactly what he has achieved on the clock in his career to date is not easy to pin down. His Haydock win came at a meeting where lightning-fast conditions led to some surprisingly big upgrades and all the timefigures returned there that day were, as a consequence, ‘defensive’ ones.

Sakheer’s overall time performance at Haydock came in at 100, but exactly what he achieved sectionally in the Mill Reef, which more than usual this year was made up by horses of potential and not established Group race performers, I’m not entirely certain. The pace was so steady at Newbury that Sakheer’s winning timefigure was just 69, the slowest in the race this century.

We can usually rely on sectional upgrades in instances like this to paint a clearer picture when times are as slow as this, but upgrades at Newbury are calculated from the four-furlong marker because of camerawork constraints, which is really too far out to be properly meaningful when the race in question doesn’t really begin in earnest until inside the last two furlongs. Sakheer emerges with a 15lb upgrade using the four-furlong marker, but that could be upgraded to around 30lb from two furlongs out using the more detailed furlong-by-furlong sectionals published by Course Track.

However, those sectionals have both the runner-up Rousing Encore and the third Charyn running the last furlong faster than Sakheer which looked highly questionable to me, so we’ll have to wait until the Dewhurst, reportedly his next race, to get a better handle on him. The Mill Reef has been won by some top-class horses in recent years, though anyone tempted by his Guineas odds might want to consider that the race has usually been a graveyard for those attempting the double.

It might have been achieved by the inaugural Mill Reef winner Mon Fils in 1973, but none of the seven winners this century to have tried have pulled it off and other than Zafeen and Ribchester, second and third respectively, none of the others have even come close.

Newbury winners on the up

The other two Group races at Newbury card, the Group 3 Legacy Cup and the Group 3 World Trophy Stakes went to Stay Alert and Mitbaahy respectively. The former race looked a representative renewal with six of the nine runners rated 113 or higher by Timeform going into the race but Stay Alert found plenty of improvement to get the better of the pace-setting Fancy Man in a 110 timefigure that underrepresents her a little given she had to sit and suffer for most of the penultimate furlong.

Second just under two lengths behind Nashwa earlier in the season, Stay Alert looked much better suited by the strong pace she had to aim at Newbury than the messy affair that transpired in the Lancashire Oaks when she raced too keenly, and she wouldn’t have to improve too much more to take a hand in the Fillies and Mares on Champions Day, though whether the short Ascot straight will suit her as much as Newbury’s longer and more galloping one remains to be seen.

Mitbaahy hadn’t looked suited by Goodwood last time but made amends for his unlucky defeat at Sandown the time before in the Coral Charge with a career best 107 timefigure in the World Trophy. He might not be too far away if allowed to take his chance in the Prix de l’Abbaye.

Ayr’s feature Flat fixture, the three-day Gold Cup meeting, is undoubtedly the weakest of the domestic Flat festivals and its final day, which this year hosted both the Gold Cup and the consolation Silver Cup, is set to face some unwanted competition by the sound of it next year from York who will have to tread very carefully with their raceday program if they are not to allow relations with either Ayr or their own near neighbour Catterick, who race on the same day, to deteriorate further.

Ayr’s Saturday card this year might have featured the Group 3 Firth of Clyde Fillies’ Stakes – the only Group race over the three days – and the Listed Doonside Cup, but the day is top heavy with handicaps (as are the first two days) and perhaps it isn’t really a surprise that York have targeted this particular Saturday day to expand their own program.

The Virgin Bet-sponsored Firth Of Clyde ended up going to Barefoot Angel who was one of the outsiders. Her own 20/1 starting price with a 12/1 shot following her home might suggest the form needs treating with caution, but a 98 timefigure is just 2lb shy of the form rating Timefom awarded her and suggests she is full value for the improvement she showed, for all Queen Me back in third was clearly below her Lowther running.

The Doonside Cup went the way of Winter Hill third Royal Champion, though with two nine-year-olds following him home in the event of a no-show from the odds-on Phantom Flight and a lowly 96 timefigure, this isn’t high-level form from a timing perspective whatever the five-and-a-half length winning margin might suggest.

The performance of the week at Ayr on the clock came in the Silver Cup where Dusky Lord went clear down the middle of the track to come home unchallenged in a 106 timefigure. Unsatisfactorily, the official time given for Silver Cup - 1.09.89 - is incorrect, which seems to have escaped the notice of the trade paper the Racing Post (as well as other media outlets) who awarded Dusky Lord a Topspeed figure 23lb faster than they gave the Ayr Gold Cup winner Summerghand despite the latter covering the six furlongs 0.07 seconds quicker.

Dusky Lord only just failed to get into the Gold Cup, but in returning a timefigure 3lb higher than Summerghand, he did enough to suggest he might well have won the big one had he got in. As it was, David O’Meara’s sprinter, so unlucky in the Stewards’ Cup and the Great St Wilfred, finished with a flourish to deny Stewards' Cup winner Commanche Falls another piece of history.

A step up to Pattern company surely beckons for Michael Dods' Commanche Falls next year, comments which surely apply also to his stable-companion Gale Force Maya who landed the Scottish Sprint in a 104 timefigure.

The most visually impressive performance at the meeting from a two-year-old was put up by Prince Of Pillo in the listed Harry Rosebery Stakes, and a 101 timefigure allied to a 3lb upgrade suggests Keith Dalgleish has a useful prospect on his hands.

Meanwhile, over the Channel...

Over in France on Saturday, there were three Group races, all of them Group 3s. The first of them, the Prix de Conde, went to Aidan O’Brien’s Victoria Road who got the better of a horse, Rashford, who I saw making a very taking debut when I went to Dieppe a couple of weeks ago.

Already a winner in France this year, when beating the subsequent Prix d’Aumale winner Blue Rose Cen in a listed event at Deauville, Victoria Road edged out Rashford with a sub 12 second last 200m, though the tracking data had the runner-up hitting the highest top speed in the race as well as covering more ground relative to the winner than any other runner.

The Prix Bertrand De Tarragon also went abroad, with Hughie Morrison’s Mrs Fitzherbert getting the better of the consistent Sundoro by a length and a quarter. Mrs Fitzherbert brought the best credentials to the table courtesy of her win in the Conqueror Stakes at Goodwood earlier in the season, but the runner-up ran the final 600m faster having been a bit off the pace in fifth at that point.

Eddie’s Boy took the final Group race on the card, the Prix Eclipse. Using the same tactics that had been seen to good effect in the Super Sprint, Eddie’s Boy made all on the rail to win by six and a half lengths, though whether he’s really improved as much as it looks on paper remains to be seen with the home-trained sprinting juveniles looking a particularly ropey bunch this season.