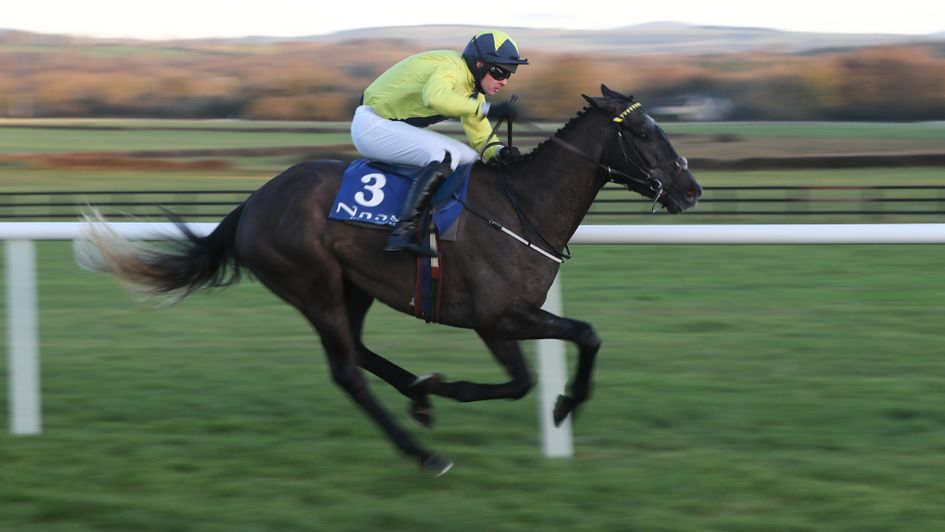 Owner-trainer Barry Connell believes “all the boxes are ticked” for Espanito Bello ahead of his bid for glory in the Goffs Thyestes Chase at Gowran Park.

The nine-year-old has mixed it between fences and hurdles over the past couple of years, but it is over the larger obstacles where he has shown his best form – notably finishing second to Coko Beach in a Grade Two novice chase in 2021 before finishing down the field in the Irish Grand National.

Last time out he was fifth in a two-mile-six-furlong hurdle race, meaning Thursday’s contest represents a return to fences as well as a step back up in trip to three miles and a furlong.

Espanito Bello is likely to be suited by the soft going at Gowran and with confidence seemingly high, he has attracted significant support ahead of Thursday’s €100,000 feature.

“He’s in good form. He had a very good novice season and was second in a Grade Two, but he’s been lightly raced since so he’s come down the handicap ratings,” said Connell.

“He’s in good form and we expect a big run from him on Thursday.

“Soft ground is what he wants, he needs heavy ground, even. He has a nice weight and I think all of the boxes are ticked there, so we’re looking forward to a big run.”

With that victory registered in November, Murphy’s mare has enjoyed a freshening-up period ahead of her Thyestes bid off a weight of 10st 6lb, with Danny Mullins retaining the ride.

“She’s good, we jumped her on Tuesday and she jumped grand. She’s in good form, I can say that,” said Murphy.

“She’s back up to three miles and the soft ground should suit her as well.

“We’ve a good jockey on board, we’d like to see her get her nose in front and we’re hopeful.”

Gordon Elliott’s nine-strong team includes two of the market principals in Pencilfulloflead and Escaria Ten – the latter a good quality stayer owned by the McNeill Family.

The nine-year-old finished eighth in last year’s Thyestes Chase on what was his seasonal reappearance before missing out in the Bobbyjo Chase by just a nose, after which he came home ninth in the Grand National at Aintree.

He got the current campaign under way in a Listed Thurles Chase on December 1 and was far from disgraced in finishing a two-length second to Joseph O’Brien’s Darasso.

The Welsh Grand National was vetoed in favour of another Thyestes tilt, despite the fact Escaria Ten will carry top weight of 11st 12lb in the hands of Adrian Heskin.

“He hopefully has a nice chance, he’s had his prep race this year,” said Iain Turner, racing manager to the owners.

“He ran well at Thurles and everything has gone fine, it’s just going to be very difficult carrying top weight. It’s not often you wish Willie (Mullins) had one in the race, but I really wish he had Franco De Port in there as it would have kept the weights down 6lb!

“He goes there with a good chance. It will be difficult carrying that weight but there’s not much we can do about it.

“With him the softer the ground, the better. Last year we went for his first run of the season and he needed it, he’s had his run this time and then it was a choice between the Welsh National and the Thyestes. We’ve made the decision and fingers crossed it all goes well.

“Max (McNeill, owner) is in the final few days of his winter holiday and is flying straight to Ireland from sunnier climes for his first ever trip to Gowran, let’s hope it isn’t an unwarranted extension to his holiday!”

Willie Mullins could saddle up to five runners, with Captain Kangaroo, Carefully Selected, Egality Mans all guaranteed a run in the top 18, while Rambranlt’jac and Stones And Roses are on the reserve list.

Gordon Elliott has no less than nine entries and Coko Beach won what looked a very strong renewal in 2021. Though only sixth a year ago he is greatly respected under his claiming rider. He was narrowly beaten by stablemate Pencilfulloflead at Galway back in 2020 and there's nothing between them with Rob James able to claim 7lb on the winner. Another from the yard, Escaria Ten, finished mid-division in the race last year and may be gearing up for another crack at the Grand National. Jordan Gainford may have had the pick of the stable entries and he's on board Punitive, as he was when beating yet another from the yard, Fakiera, in a 3m5f Grade B handicap at Fairyhouse last month. The shorter trip may suit the runner-up though DARRENS HOPE looks remarkably well handicapped for a horse who won a Grade 2 last time. Danny Mullins was on board for the first time that day and he's taken to steer her to victory in this lucrative event with Espanito Bello an each-way alternative at a price.