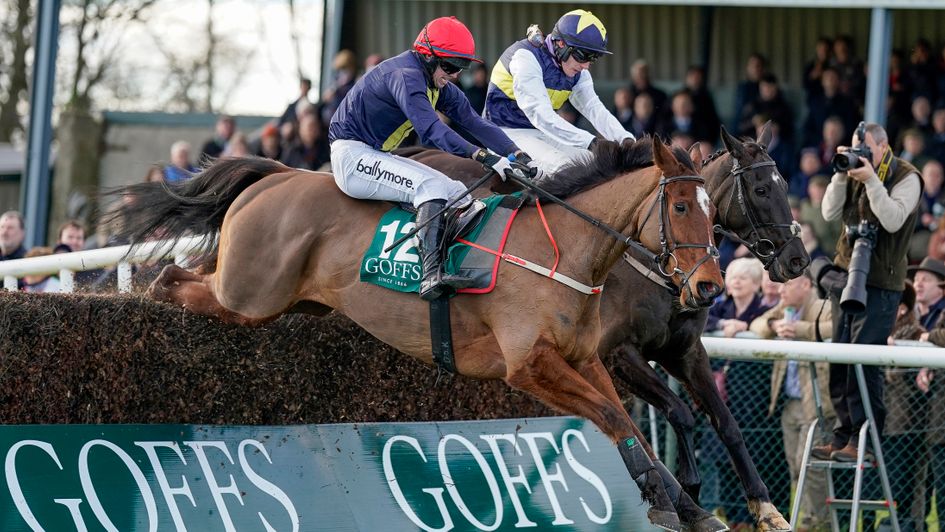 It was in 1914, just as the guns of war were starting to fire around the world, that a quiet and peaceful corner of County Kilkenny saw something completely new - a racecourse.

From little acorns, they say, great things are made and the sight of 10,000 or so packed into that course, Gowran Park, is one of the great ones in Irish Racing.

This is the locals' great day out - some will probably go via the lovely St Mary’s Church for a bit of extra help with their selections before heading to the village of Thomastown and trackside to a venue which features a golf course in the middle, where eminent present and ex-jockeys have been seen giving the bunkers regular maintenance.

Absenteeism from work places and schools is said to peak on Thursday and some places just don't open at all. Everyone, it seems, wants to be there and if you look at the roll of honour, is anyone surprised?

1964 and it was ‘himself’, the legendary Arkle who stormed home, followed two years later by another of the immortals, his stablemate Flyingbolt.

But in more recent times the Thyestes has been a better pointer to the Grand National than to Cheltenham.

In back-to-back years at the start of this century, Hedgehunter and Numbersixvalverde warmed up for Aintree glory by spread-eagling their rivals.

Not that it always worked out like that. In 2000 a certain Willie Mullins won the first of his eight Goffs Thyetes with Micko's Dream, owned by a group of prison officers.

The dream became a nightmare, when he got no further than the first at Liverpool.

So is there a National winner in the 2023 Thyestes?

The talk will have started in the local pubs many days ago, that's for certain. Exactly half the field are trained by Gordon Elliott but in this fierecest of handicaps, do jockey bookings mean anything?

That’s the beauty of a race that stops this part of Kilkenny, as Ruby Walsh was once asked after one edition would the winner go on and win a big one? 'He’s won a Thyestes', the sharp response.

This is one that really matters to those involved.

Football and other sports tips