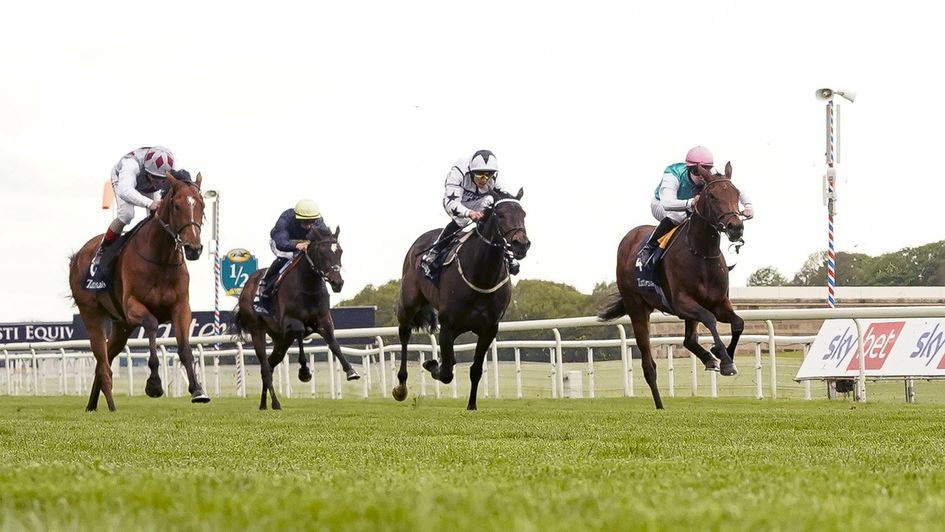 Roger Varian has a choice of engagements at the Breeders’ Cup for his star filly Teona.

The daughter of Sea The Stars looked primed for a tilt at the Prix de l’Arc de Triomphe after inflicting a shock defeat on dual Classic heroine Snowfall in last month’s Prix Vermeille.

Varian reports the three-year-old to be firmly on course for a trip to California, however, with a decision on whether she will contest the Filly & Mare Turf, or takes on the boys in the Turf, set to be made closer to the time.

“It’s always been the plan to take Teona to the Breeders’ Cup since we defected from the Arc,” said the Newmarket trainer.

“She’ll be entered in the Fillies And Mares, but she’ll also have an entry in the Turf.

“We’ll make a decision later on, but she’s in great form, and we’re looking forward to running her in one of those races.”

Varian hopes the fact Teona had much of the summer off after failing to fire in a soft-ground Oaks at Epsom in early June will stand her in good stead at Del Mar.

He added: “She seems to like the faster ground and she should certainly get that.

“She’s quite lightly-raced and has not had as hard a season as some of the horses she’ll be racing against.

“She showed herself to be high quality in her most recent two starts, at Windsor and at Longchamp in the Vermeille, so she’ll be deserving of her place in the line-up – whichever option we choose.

“Most likely, she’ll be our only runner at the Breeders’ Cup this year.”