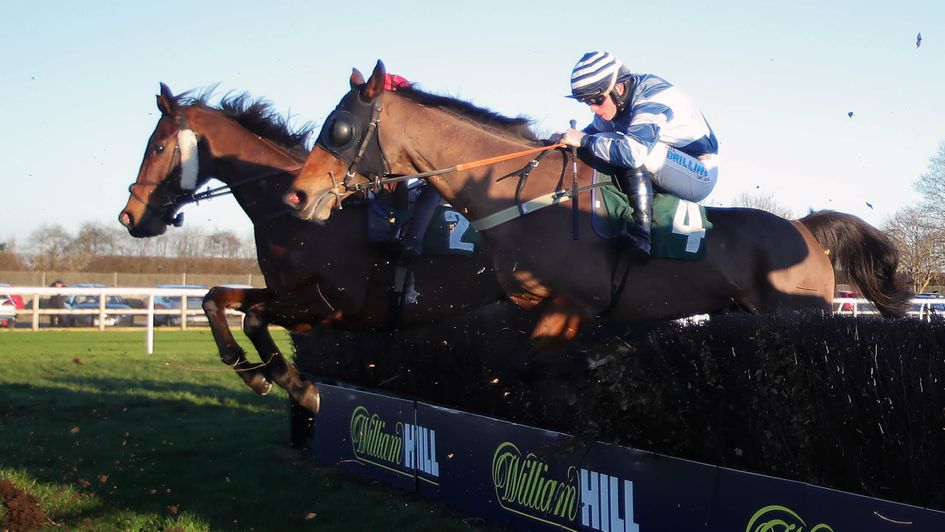 A review of Thursday's action at Catterick as Supreme Escape won the North Yorkshire National for Evan Williams and James Bowen.

With a prize fund of almost £31,000 up for grabs, the stamina-sapping contest is the most valuable race of the season at Catterick and racegoers were treated to a cracking renewal in the January sunshine.

Supreme Escape, trained 280 miles away in the Vale of Glamorgan, had been well-beaten in his last two starts, but there was clearly some confidence behind him as he was prominent in the market at 5-1.

Sporting a first-time visor under a cool ride from James Bowen, the Dai Walters-owned eight-year-old powered home from the final obstacle to get up and deny Almazhar Garde by three-quarters of a length.

Williams saddled Billy Bronco to finish second in the 2018 running of this three-mile-six-furlong contest – his only previous runner at Catterick in the last decade.

“It was a very cool ride. James gets on very well with the horse and the visor has been a help, because at times the horse wants to do things his way,” said Williams.

“It’s a race we’ve gone up to in the past and they do such a good job, we try to support all these type of Nationals

“He might get into the Midlands National. He’d stay that trip so I’d say we’ll take a punt on that.”

Bowen, a previous winner of the Welsh Grand National and Midlands Grand National, was pleased to add the North Yorkshire edition to his CV.

He said of Supreme Escape: “He’s a good candidate for these Nationals and I’m sure he’s got a few more in him.

“I was happy at the top of the straight but got in tight to two out, which probably worried me a little bit. But he’s really quick away from a fence and even when he’s not right, he grabs the bit and takes you to each fence, which always helps.

“Evan doesn’t tell you a lot. He just said ‘do what you want on him’. He’s very easy to ride for and it’s a pleasure to ride for him.”

A Different Kind is likely to have his sights raised on his next appearance after stretching his winning run to five at Catterick.

Runner-up on his sole start in the Irish point-to-point field, the five-year-old had since completed a Sedgefield hat-trick before beating a subsequent dual winner in Green Book at Haydock last month.

Donald McCain’s charge appeared to face a straightforward task in the EBF “National Hunt” Novices’ Hurdle in North Yorkshire and those who got involved at cramped odds of 1/5 will have had few concerns.

Always travelling strongly in the hands of Brian Hughes, A Different Kind powered clear between the final two flights and had 11 lengths in hand at the line.

McCain is not one for getting carried away, but the fact he was at Catterick, rather than racing more locally at Bangor, is perhaps indicative of the regard in which this unbeaten youngster is held.

“He’s a lovely, switched off, likeable horse who does what he has to do and no more. Most grounds, different trips – he’s a grand horse,” the Cholmondeley handler said in typically understated fashion.

“Derek O’Connor recommended him to me and from the first day we got him we’ve loved him. He has an honest, straightforward way about him and he jumps like a buck.”

On future plans, McCain added: “We’ll have a look at Musselburgh for the Trials meeting (February 5 and 6). If we’re going there it will be over two miles, or there’s the Sidney Banks at Huntingdon.

“I train for a lot of people that prefer Aintree to Cheltenham and that has to be discussed. We’ll worry about the next step first and go from there.”

Oliver Sherwood claimed what he believes to be his first ever winner at Catterick as Guerlain De Vaux (15/8) came out on top in the Watch Racing TV Now Novices’ Hurdle under Jonathan Burke.

The recent Market Rasen scorer looked booked for second early in the straight, but a final-flight error from Gredin opened the door and Guerlain De Vaux made the most of the opportunity to prevail by a head.

Sherwood said: “I thought Brian Hughes had nicked it coming down the hill, he probably knows Catterick a bit better than Johnny. But he was very brave and very tough.

“I got Argento Luna beaten in a mares’ race at Catterick and it was the best thing she ever did because she went and won the mares’ final at Newbury – if she’d won, she’d have been put up too much!”

In a race where four of the nine runners either fell or unseated their rider, Becky Smith kept her cool aboard Micky Hammond’s 66/1 shot – finishing with a flourish to prevail by three lengths.

“I’m delighted he’s won for Derek and Jean (Walpole, owners). He’s been a frustrating horse for all of us,” said Hammond.

“A bit of girl power worked, didn’t it? She did well there, Becky. Having a visor on the first time obviously hasn’t done him any harm.”

Jessiemac (7/2) got up in the final stride to win the racingtv.com Mares’ Handicap Hurdle by a nose for trainer Ian Duncan and 5lb claimer Thomas Willmott.