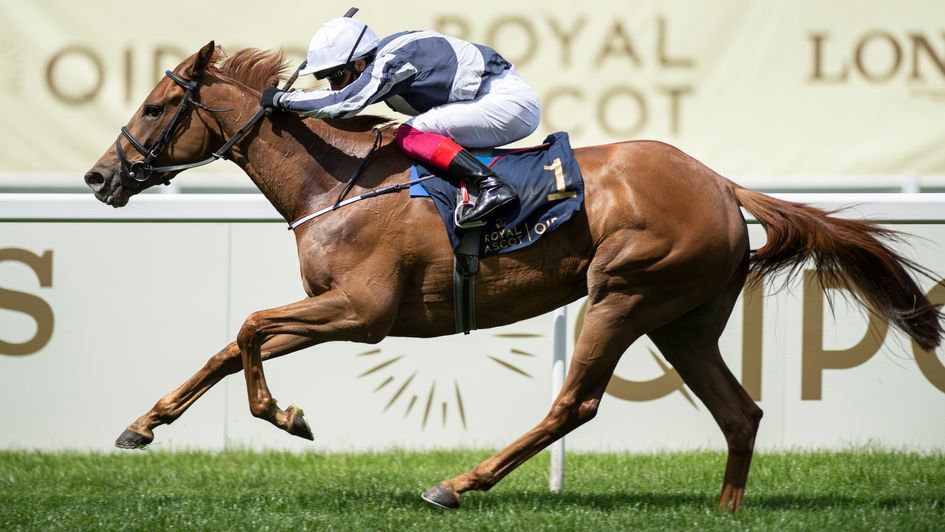 Alpine the Star attraction at York on Friday for Jessica Harrington

Racegoers at York on Friday evening will be treated to the sight of top-class filly Alpine Star making her return to action in the British Stallion Studs EBF Lyric Fillies’ Stakes.

Jessica Harrington’s filly followed in the hoofprints of her multiple Group One-winning half-sister Alpha Centauri by running out a brilliant winner of the Coronation Stakes at Royal Ascot last summer.

The daughter of Sea The Moon went on to fill the runner-up spot in three more top-level events before the end of 2020 – going down by under a length in French Oaks, the Prix Jacques le Marois and the Prix de l’Opera.

Alpine Star has not been seen in competitive action since pushing Dermot Weld’s Tarnawa all the way at ParisLongchamp in October, but appears to face a relatively straightforward task on her Listed comeback on the Knavesmire.

Harrington said: “It’s a nice little start-off for her and then we can plan for the autumn. We’ve got loads of options.

“She had a little setback earlier in the year, which is why we didn’t get to run her.

“This is a nice place for her to start and a nice opportunity. She doesn’t have to carry a penalty and is taking on just fillies, so let’s hope all goes well.

“She arrived over there safely this (Thursday) morning.”

The Irish raider will be long odds-on to dispatch of six rivals in Friday’s extended 10-furlong contest.

The second-best horse on ratings is Roger Varian’s Fooraat, but even she has 16lb to find with Alpine Star.