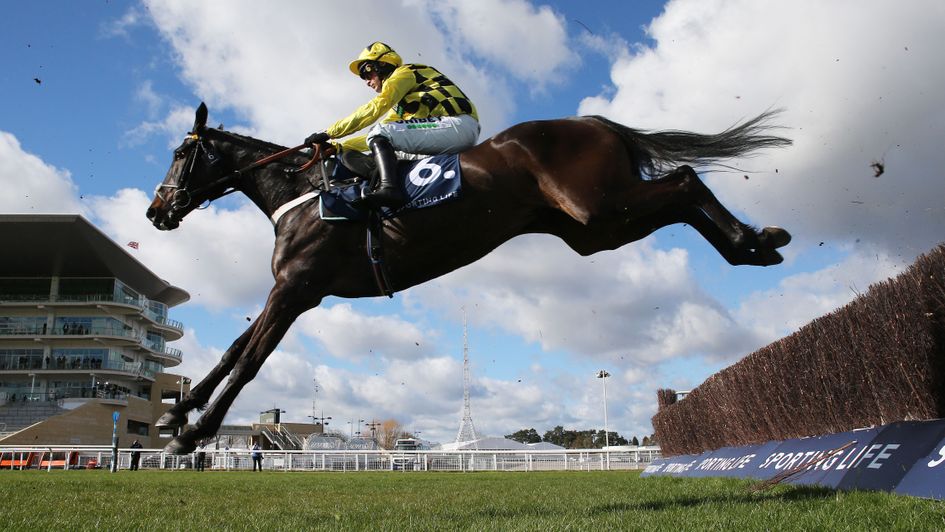 Shishkin is brilliant in the Sporting Life Arkle

Shishkin has been ruled out of next week’s Betfair Tingle Creek by trainer Nicky Henderson.

The unbeaten chaser was due to make his seasonal reappearance in the Sandown Grade One, but Henderson does not feel he is quite yet at concert pitch.

As a result he will now head for the Desert Orchid Chase at Kempton over Christmas instead.

“I’ve just spoken to (owner) Joe Donnelley and we’ve sadly and reluctantly decided that Shishkin is not going to run in the Tingle Creek,” said Henderson.

“There’s nothing wrong with him, but I just haven’t got there. He worked this morning and he just isn’t sparky at the moment. I think I just got behind the ball a little bit.

Click here for Shishkin profile and his free video replays

“We did his wind in the autumn which wasn’t a problem, but it just put us behind the ball and Nico (de Boinville, jockey) and I both feel he’s not quite on his A game.

“It really is a thin line. We’ve scoped him and everything and there’s nothing wrong, but you can’t afford to go into this (at) anything bar 100 per cent.”

Betfair Spokesman, Barry Orr said: ‘’It’s disappointing for Racing fans that they won’t get to see Shishkin on Saturday week and that abdication leaves Chacun Pour Soi heading the market at 11/8’’