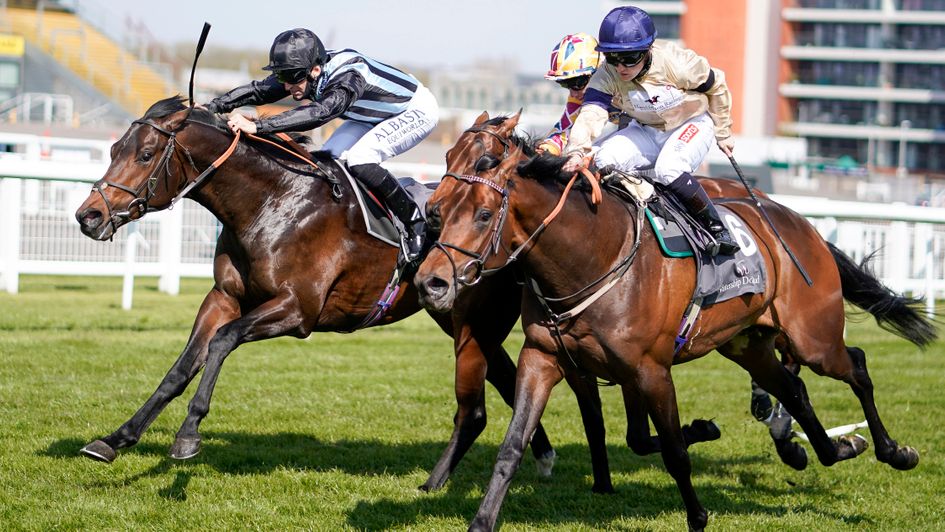 Chindit (far side) gets up in the Greenham

Unibet ambassador Richard Hannon gives an update on some of his stable stars heading to Royal Ascot.

She has always had the Ribblesdale in mind. She is lightly raced, but she has learnt a lot in her last couple of races and we are hopeful that she is going to run well. She is quite a quirky, very tall, elegant filly who has improved since Newbury.

He is a very fast horse, Ryan (Moore) loved him (at Doncaster). He has been fine since then, we were going to run him in the Lily Agnes and then he was re-shod and he was a little bit sore, so he didn’t go there. He will go to the Windsor Castle or the Norfolk but he has been working well and is a good little two year old, I think.

He will probably go to the Hunt Cup, there was always going to be a time when he was going to come good and start running well again and hopefully this is it. He is a very quirky horse, things have to go right and if they do he is capable of beating anything. But, they have to go right and that is very difficult when there will probably be two, maybe three groups of them coming up the straight at Ascot and you have got to hope you are in the right place. He is a big price - and so he should be - but, in my opinion, he is a short price to run a good race.

I thought he ran well (in the 2000 Guineas), he might even think he won the race, because the race was over the other side of the track away from him. We are going to take the noseband off. Dobbsy (Pat Dobbs) reported that he doesn’t really face it. It’s a round mile at Ascot and we will ride him a little handier.

Barney Roy wasn’t the fastest horse, he was the first one of the bridle in the St James’s Palace Stakes when he won it, but he kept going and ground them down going to the line. If this fella wins it will probably happen in a similar way. We are very happy with him at home, he deserves a big one. He is a very good horse and this is hopefully a chance to show it.

He will probably go to the Brittania. He didn’t handle the soft ground last time at Sandown, he looked legless the last furlong. The ground will be quicker here and he will run a much better race.

Gisburn is going to go to the Coventry and that has been the plan since he went past the line at Newbury. He is quite a flashy looking horse, he could be very good horse, these Ribchester’s look like they are quite useful.

It is a race where you find out exactly where you are. You hope that you have got a good horse but this will tell us. I hope we do, he certainly looked like one, but the Coventry will tell us.

He has been a very straightforward two-year-old and we are thinking either the Coventry or Norfolk. He has had a nice break since Leicester. He is a very professional horse that just does his job and when they have an attitude like that, they are normally pretty good.

Sean (Levey) thinks six furlongs might be better but they go very fast at Royal Ascot and it is a very stiff five furlongs, quite often the race falls apart late on.

She looks great and she has a habit of putting in a good run. I am not saying she will win, but I am hoping she will run well. She has got it all to do.

Motakhayyel is also in the Hunt Cup, we have saved him for it since his last run. He loves Ascot, he won there last year and he could run a big race. He is a very talented horse, but he has got to give lumps of weight away which is difficult especially against good horses.

He is in good form, he has a bit of a mind on him, but he is a very good horse on his day. He went to Newbury and I thought worked very, very well. Last time he didn’t run his race for some reason. We scoped him and he was ok, but he never looked like running a race - he sat last and finished out the back. That was just one of those days I am hoping. He is a very talented horse and hopefully he will have a good chance at Ascot.

She is going to go for the Duke Of Cambridge Stakes. If she settles she is a very good filly, but she can be a little bit keen. She has been good lately. We didn’t go to Epsom and run on the soft ground, we thought that we would save her for Royal Ascot. It is a very good race for her, she is in good nick, she has already won a Listed race and hopefully she should have a very good chance. 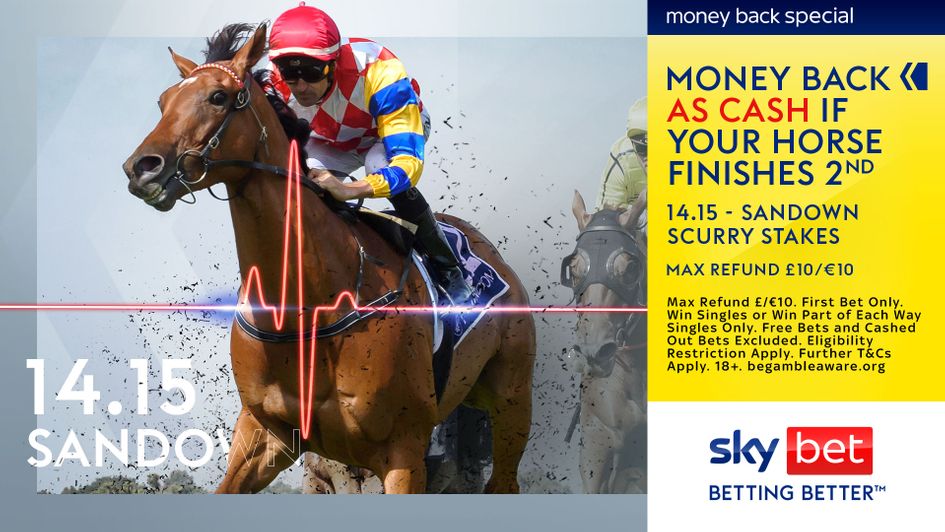 Check out Sky Bet's big money back offer this weekend

River Alwen is going to go for the King George V Stakes. He has improved a lot this year. He was always going to be a nice horse, I hope he copes with the much faster ground than he has encountered this year. He won a nice race at Newmarket and then ran very well again back at Newbury. The owners are very keen for Royal Ascot so that is where we are heading.

I can’t believe it took us three goes to win with him. I thought he would definitely win first time, from what we have seen at home he is an extremely good two year old. I am just delighted he showed it in a good race the other day.

She won at Nottingham in very good time. She is going to go to the Albany Stakes. She is a very nice filly, who would have needed the run at Nottingham. She will have improved, but she will need to have done.

We have always liked her a lot and then she just went through a quiet spell. Two weeks before we did run her she showed signs she was coming back. She could be a very nice filly.

She pulled too hard and was too free (at York). It wasn’t ideal by any means and they didn’t go very quick. That turned it all into a disaster. Sean (Levey) says he thought she held her breath - he said he was surprised he managed to finish third. It doesn’t dampen my enthusiasm for her one bit. They will go much quicker in the Coronation and I think she will acquit herself a lot better. I think she is a very special filly and I hope that she shows it.

She has only had three runs, the second run she probably didn’t learn a lot. Last time when she came off the bridle she struggled, but it actually wouldn’t have done her any harm. If she wants to be Queen bee, she has got to start winning good races and if she doesn’t do things properly she will not. She has the ability to, without a shadow of a doubt.

She was breathtaking at Newbury, she looked like a serious, serious filly and we have got to get her back to that. She beat decent horses by a long way. I think everyone saw enough that day, but I have seen her home work and it is not normal. It is not run-of-the-mill, that is a nice filly, she really does look like she could be anything.