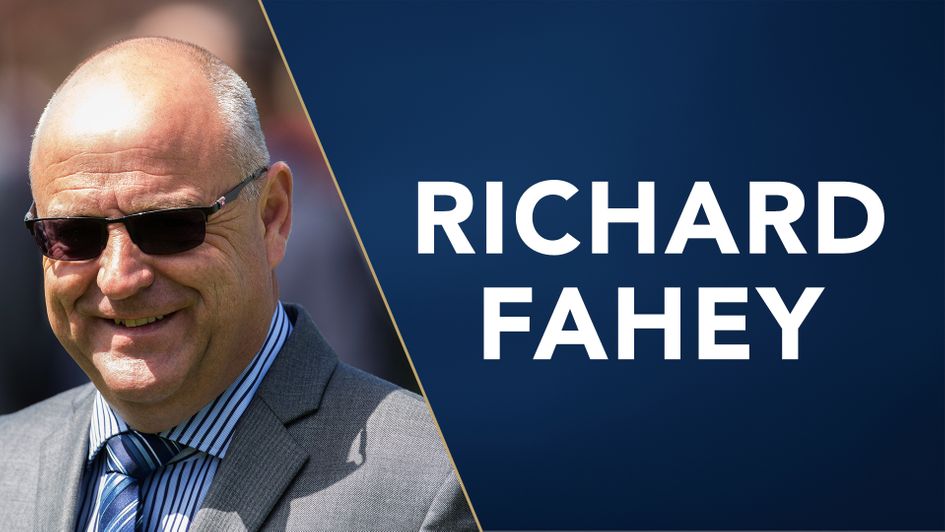 Richard Fahey reflects on Fev Rover's Irish 1,000 Guineas run and a couple of Royal Ascot hopefuls before going through his Saturday team.

No excuses for Fev Rover 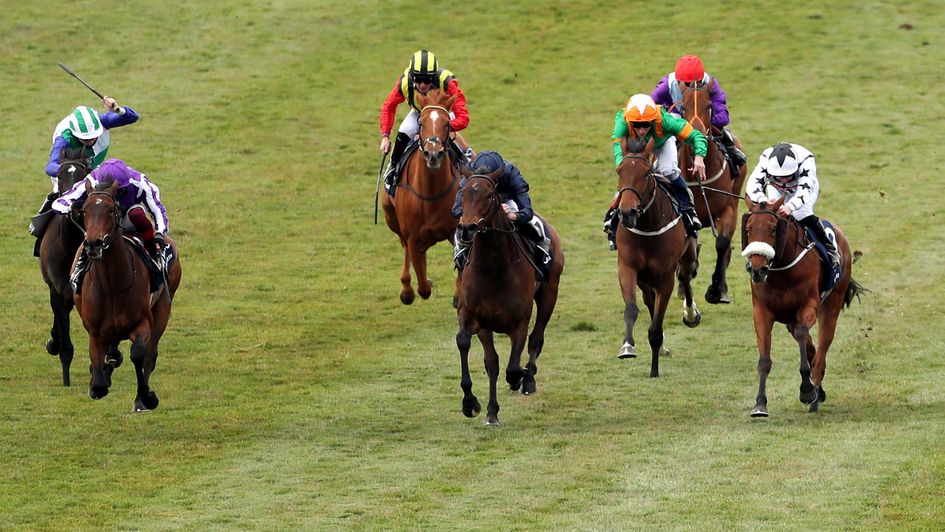 Fev Rover (right) didn't perform to her best at the Curragh

FEV ROVER just never got going in the Irish 1,000 Guineas last Sunday. She never got on an even keel and, while she didn’t have much room at one point, she just never ran her race. She didn’t blow very hard afterwards.

I’m not sure the ground is an excuse. It was heavy but she has form on soft, although I said before the Guineas I want to get her on fast ground and that obviously remains the case.

Paul [Hanagan] said he just never got her in a rhythm. Whether that was because of the ground I don’t know. She seemed to be intimidated.

She’s come back fine, she’s all sound, she scoped clean, and she’s not in season so we’ve no excuses. We’ll play it by ear now, she’s in at Ascot and we’ll see how she is before making plans.

🏇 Classy ride - Raadobarg is much the best in the Silver Bowl Handicap, landing the spoils for the in-form @varianstable team!pic.twitter.com/C1kST7S3EL

We had some horses run very well in defeat at Haydock last Saturday and I was particularly pleased with two of them who are likely Royal Ascot-bound now.

SEASETT went up 7lb for finishing second in the Silver Bowl at Haydock and was probably entitled to, the front two pulled a long way clear of the third.

We just met a better handicapped horse on the day in Raadobarg, but he’s progressing well. We might aim at the mile and a quarter handicap at Royal Ascot [Golden Gates Handicap, Saturday June 19] with him.

Things just didn’t drop right for UMM KULTHUM in the Sandy Lane Stakes, but she’s proven that she’s trained on now and I’m really looking forward to running her in the Commonwealth Cup.

She’s jumping out, travelling and racing a lot better this year.

She was drawn in two at Haydock and couldn’t get in amongst them, she ended up getting pushed to what was probably the slower ground.

Paul said she hit the front and just pulled up a touch, but it was a very solid run. I think the stiff six at Ascot will suit her well and if they go a good gallop that will be even better.

Brian is Brian. It’s going to be extreme or tacky ground everywhere but he has won on soft ground at least. We’re happy with him.

Show Me Show Me has got himself down to a winning rating. If he copes with the ground he could run well.

You would like to think his best run was his last run which is always a good sign. I thought it was a very good performance at Thirsk. He has never won on slower ground but I didn’t think he ran badly at all at Longchamp on heavy ground in the Prix de la Foret, so I’m hoping he copes with it and he’s in great order, we’re very happy with him.

She’s dropping back in trip. Again the ground is an unknown, but if she copes with it she could run well as I do think the drop back will suit her.

She’s a recent purchase from the breeze ups and she goes really well at home. Your guess is as good as mine over whether she’ll cope with the conditions, but she can gallop and will win races, whether it’s this one is a different thing.

We can more or less say the same with him. He was quite an expensive breeze up purchase, he looks a very honest and hardy horse and if he copes with the ground he could run well. It’s a big ask for them, but they do get an allowance for being unraced so we’ll see. His sire, Prince Of Lir, won this race first time out, so we’ll see if lightning strikes twice.

Gallipoli has run himself back into a bit of form. I thought he ran respectably behind a well-handicapped horse of ours in Hong Kong Harry the other day. He’s maybe not as good as he was but at least he showed something the other day.

Duesenberg should like this ground. He ran no race the other day and needs to bounce back, but he might as I think he’ll like these conditions.

I’m clutching at straws a bit with this filly, she could be retired after this if she doesn’t show much. We’re stepping her up in trip, not because we think she wants it but because we just hope it’s the right route to go. She’s bred to be quick and I’m afraid she’s not. But she’s fit and well.

Tadleel is coming back off a break and he’s fresh and well, I’m just a tad worried he might need it. We’ll see what happens, I thought that when he won one day, but he’s in great order and looks fantastic.

He’s got a good draw in five but Gabrial The Wire is out wide in 11 which is not ideal. It’s his first run of the year and we’re happy with him at home, he’s in great order, but that draw hasn’t helped.

I think she’s running okay. She doesn’t have a bad draw and I think zipping round there on soft ground is what she probably needs. It’s a competitive race so we’ll see what happens.

I though she ran very well at Doncaster the other day and just bumped into a very well handicapped one. Like Credible, I think this track will suit her well and she won’t mind the ground.

She’s out of a good mare that we trained, Sandiva, and while she's been a fraction disappointing on the track, she’s been working very well at home. If she handles the ground okay I hope she runs a big race.

I thought she ran okay up at Ayr. Unless there’s something I’ve missed this doesn’t look a great race strength in depth wise and I’m hoping she runs a big race.

He’s in great form – I think! You never know with Paddy Power but he’s run very well at Ayr and Catterick on his last two starts. If he’s on a going day again he’ll definitely have a chance.