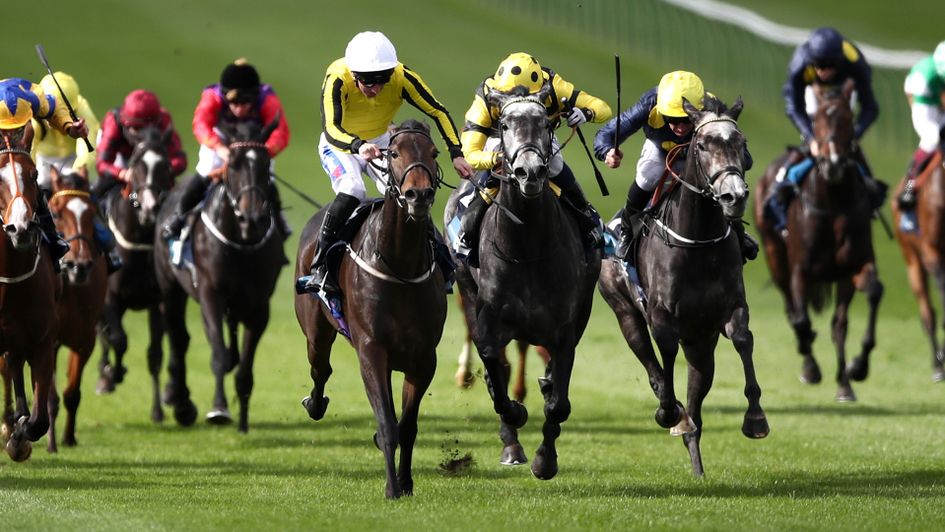 Richard Fahey guides us through his team for Sunday

Plenty of runners for our columnist on Sunday including National League who has been impressing in his home work and is well drawn.

She’s a big filly who shows plenty at home and we do like her. It’s always a big ask to win first time out at York but she’s going well at Musley Bank.

I thought he ran OK on debut here when fifth behind Muker here and that outing has done him the world of good. He’s a horse who could improve an lot from his first run and I’m looking forward to seeing how he goes.

He didn’t cope with Ascot particularly well last time and looked tired when he came back from the Britannia. He’s taken a while to get over that but it he’s back to his best form then I’d definitely give him a chance in this.

He’s been working very well and I don’t think he handled Newmarket last time but still ran OK to finish fifth. He’s in good nick going into this, has a good draw and I’m expecting him to go well.

I felt the race didn’t to plan with her last time, they went a bit quick in front and paid the price. She’ll win a little race somewhere and we’re trying to find the right one. It would be nice if it was this.

He’s been disappointing in his three runs this season and we don’t really know why. We’ve been looking for excuses but maybe the handicapper just has him.

He is what he is. We had no excuses last time when he was third at Ayr from this mark. It was a respectable effort and if that level of form is good enough to go close in this then I’d be delighted.

He’s had his problems but they’re all sorted now. He’s a horse we did like as a two-year-old and it’s just a question of whether he has got his confidence back. If he has – and on form – he has a chance in this.

He’d been out of sorts but then ran a cracker at Pontefract last time when second to Summerghand. He is dangerously well handicapped if he his getting his act together again and I’d love to see him build on the last run in this. He’d go very, very close if he did.

She’s a half-sister to Weatherbys Super Sprint winner Happy Romance but she hasn’t run for ages. She’s another who has had a few issues but all is fine now. She’ll win races at some stage.

Both fillies are owned by Bill and Tim Gredley and we’re chasing Black Type with them. Eva Maria already has some and I don’t think she got home over a mile-and-a-half at Pontefract last time. I thought Callum Shepherd might ride her but he prefers Craylands.

I know Tim is in love with this filly and she made an encouraging start for us when third at Newcastle. She needs to build on that but is still lightly-raced and we’re learning about her.

I’d imagine hes going to need the run – he’s been off for a long time, 279 days. It’s not a case of needing it fitness wise but it sometimes take a run or two to get them competitive again. I’d be surprised if he won this but it’s good to have him back in action.

He’s a disappointing horse as I like him and he has been working really well. I’m hoping the return to the all-weather at this track will bring about improvement as he ran a couple of nice races here earlier in the season. If he’s back to that level then he’s definitely got a chance.