Ben Linfoot has Monday's selections for every meeting in the UK with the Nap running at Pontefract.

Mick Channon’s KITBAG looks the bet of the day at likely generous odds in the Napoleons Casino Bradford Nursery Handicap at Pontefract on Monday.

The son of Territories earned a mark of 77 after three runs in maiden and novice company, his third run coming at Haydock on September 1 where he was third behind Sakheer, an impossible task made harder by the fact he had to give him 3lb.

That was his last run on turf but he’s dropped 4lb after two recent spins on the all-weather, his latest effort at Southwell not a bad one seeing as he had to cross over from a wide draw in 11 to lead.

He’s drawn wide again here but he should be able to get out quickly and sit prominently and he’s of interest back on turf in this company.

Channon won this race with Kassia in 2015 and he has a good record in Pontefract nurseries in the autumn, with six wins at 17% at the track from September onwards.

The seven-year-old was rated 119 when he first came over to the UK from France, where he gained a bit of experience over French fences before he tackled British novice hurdles.

Second off 107 in handicap hurdle company in the August of 2021, he looks to have been let in lightly off 98 here following his time off the track and he could be dangerous on just his second chasing start in this country. 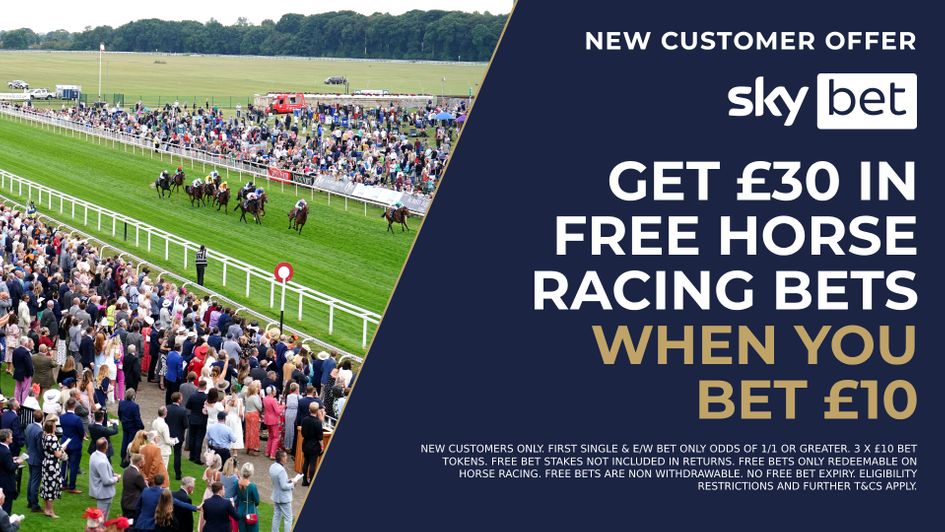 STORYINTHESAND can put her experience to good use in the At The Races App Expert Tips Fillies’ Novice Stakes at Windsor.

Marco Botti’s filly has run over six and seven furlongs at Kempton, finishing third and fifth respectively, and she’s ready for the step up to a mile now.

On those runs she’s the form pick and she’s the most experienced horse in the field along with Lionella, so she’s in a good place to strike under Neil Callan.

Charlie & Mark Johnston’s JILLY COOPER can bounce back to form in the Download The At The Races App Handicap at Wolverhampton.

She ran away with a Lingfield handicap by over three lengths on her last go on the all-weather two starts ago and then flopped up at Musselburgh when turned out quickly just nine days later.

She has been given 40 days off the track since then and it would be no surprise if she rediscovered the winning touch now she returns to an artificial surface.