David Ord had three Wednesday winners including a 10/3 Nap. Check out his best Thursday bets.

She’s upwardly mobile and an opening mark of 77 gives DISCRETION every chance of following up her recent Beverley win.

She travelled strongly that day and quickened clear two out before holding off Yummylicious by a head. That rival went on to comfortably win a Nottingham handicap from 76 last time. The drop back to a mile will suit the selection who looks sure to make a bold bid.

He’s won at this track before and with a reappearance run at Ascot under his belt, TRUE COURAGE can step forward and win this.

The four-year-old looked rusty when tenth behind Juan de Montalban in Berkshire. He was dropped two pounds for that run taking him to the ceiling rating of 80 for this contest, the Michael Bell team are going great guns and his course know-how is another plus.

He caught the eye at York last time and MELAYU KINGDOM looks very interesting going back to six furlongs here.

Dropped to five and sent off at 50/1 in a red-hot contest at the Knavesmire, Kevin Ryan’s charge rattled home to finish fifth, beaten around six lengths and was strong at the line. He’s down two pounds and a grade on Thursday and looks interesting.

He was very strong in the market at Brighton last time only to run into traffic problems and ENOUGH ALREADY is fancied to strike.

Henry Spiller’s charge was fourth behind Zulu Girl and would have finished closer but for the interference. He’s on the same mark and won on his only previous visit to this track.

He looked unlucky not to win the Sagaro Stakes at Ascot last time and ENEMY can gain compensation in the Coral Henry II Stakes.

Ian Williams’ charge is thriving right now and having travelled sweetly last time, looked to be coming through to win his race only to be repeatedly denied a run inside the final furlong. A repeat of that effort puts him firmly in the mix.

Paul Midgley is a master with sprinters and looks to have found ELEGANT ERIN’s niche after her dashing first attempt over the minimum trip at Beverley.

The mare ended up passing the post with plenty to spare and looks to have been treated quite generously after a 5lb rise to a mark of 70.

She was rated 77 in her youth and could have plenty more to offer over this sort of distance this year, especially on stiff tracks such as Carlisle.

Having just his second start for the Pat Chamings yard at Chepstow earlier this month, he improved considerably on his Lingfield comeback run to win by a length and a quarter and the booking of Rhys Clutterbuck here helps offset the subsequent 3lb rise.

A mark of 76 doesn’t look too harsh anyway given he was rated 84 at one point for Kevin Ryan last summer, and he’s clearly been freshened up for the change of scenery.

It looks a matter of time before five-time hurdle winner AJERO is off the mark on the Flat and it’s hoped he can get the job done in division one of the Cazoo Maiden Stakes at Chepstow.

A half-brother to the same stable’s classy jumper Charbel, Ajero has more of a speed-orientated pedigree and he’s taken well to this discipline, posting excellent seconds over this course and distance and at Sandown last time.

He bumped into Francesco Clemente on the latter occasion and only went down by a length and a half despite conceding 7lb, and on that evidence there should be plenty of Flat races to be won with him before long.

The White Swan Hotel Handicap Hunters’ Chase could see MARRACUDJA back in the winners’ enclosure.

Dan Skelton’s charge isn’t the force he once was but he struck gold in this sphere at Leicester in March and wasn’t entirely disgraced when pitched into the Foxhunters’ at Aintree when last seen in April.

The rain came at the wrong time for him that day but the weather looks set pretty fair here and good ground will play to his strengths. He’s been dropped 3lb for the outing in Liverpool which looks potentially quite generous.

Kevin Ryan’s LADY RAEBURN signed off last term with a maiden win at Beverley and although well held on her handicap/seasonal comeback at Ripon in mid-April, she left that effort well behind last time.

The daughter of Mehmas produced a staying-on third off this mark (73) at Nottingham and it’s hoped she can kick on from it and take full advantage of the weight-for-age she receives in this fillies-only contest.

The horse was dropped 3lb to a mark of 62 after finishing fifth at Beverley on May 10 and he’s able to run off that mark here. However, he’s since run a fine second – beaten just half a length and nicely clear of the third – at Ayr last Wednesday so it due to be rated 67 in future following reassessment.

That makes the four-year-old 5lb well-in for this assignment and providing the fairly busy schedule doesn’t prove an issue, he looks the one to be on in first-time cheekpieces to help sharpen him up further. 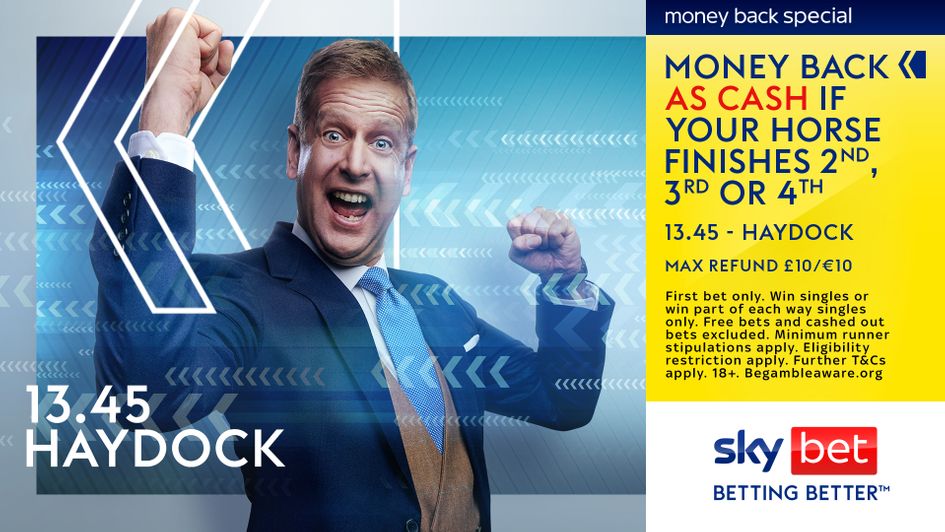