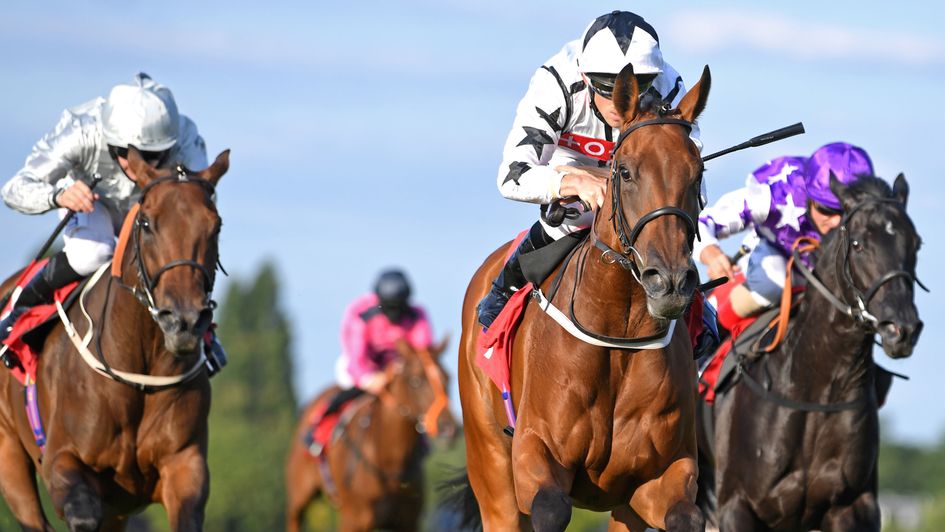 Fev Rover has the Sun Chariot at Newmarket or the Prix de l’Opera at ParisLongchamp as options for the rest of the season.

Richard Fahey’s filly returned to her best form to chase home Jessica Harrington’s Real Appeal in the Boomerang Mile at Leopardstown on Saturday.

Having finished a close third in the 1000 Guineas, Fev Rover had subsequently disappointed twice in heavy ground – but back on a sound surface, she showed her old dash.

“There are only two real options left for her,” said Nick Bradley, who runs the syndicate which owns the filly. "There’s the Sun Chariot at Newmarket or the Prix de l’Opera on Arc weekend, which is obviously over a mile and two furlongs.

“As they are close together, she can only do one, so she’ll be going wherever the best ground is basically. I thought she ran very well at the weekend. Basically she’s a very good filly on top of the ground.”

Another smart filly in the white and black Bradley silks is the George Boughey-trained Corazon, who was a close third in the Flying Childers at Doncaster on Friday.

“There is a fair case that if she was drawn high she would have won – it all unfolded against the rail,” said Bradley. “There is a chance she could be supplemented for the Prix de l’Abbaye or if not she could go for the Cheveley Park.

“Obviously she’s done all her racing over five. I’d say the Abbaye is the favourite at the moment. Del Mar (Breeders’ Cup) is on the list as well. She could go out there – as will Oscula, probably, as well. Hellomydarlin is another who could go there, too.”