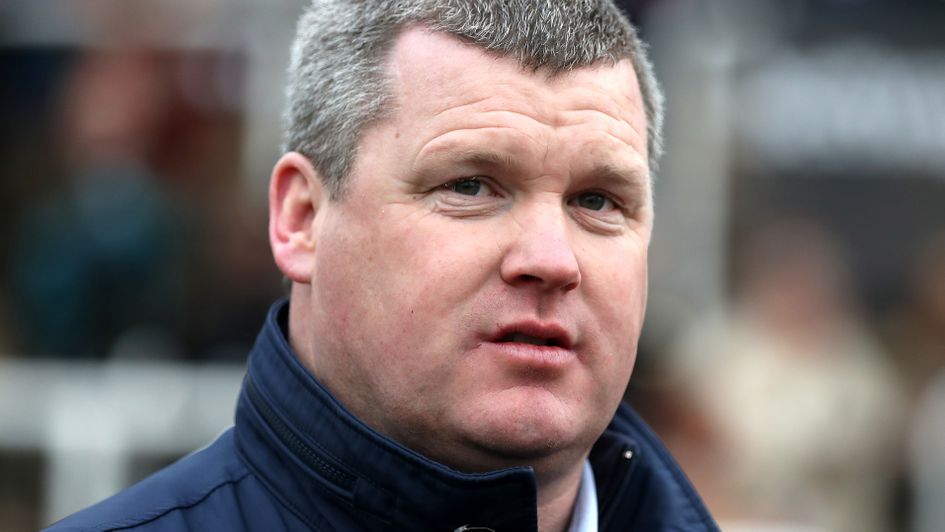 Punchestown is ready to welcome Gordon Elliott back on track if he is in attendance following the end of his suspension – as crowds also return to the Leinster venue for the first time since February 2020.

As Punchestown stages a rare Flat fixture on Tuesday, Elliott has one confirmed runner – Oh Purple Reign in the Donate To The Coast To The Curragh Cycle In Honour Of Pat Smullen Handicap.

He also has Alice Kitty as third reserve in the Irish Stallion Farms EBF Fillies Handicap later on the card.

Elliott was free to make entries again from last Thursday, following the end of the suspension imposed by the Irish Horseracing Regulatory Board in March after an image of him sitting on a dead horse was widely circulated on social media.

The top Irish trainer was banned for 12 months, with half of that sentence suspended, and Denise Foster took temporary control of his Cullentra base.

Elliott is no stranger to success at this scene of his return, with Don Cossack in the 2015 Punchestown Gold Cup one of his many highlights over jumps.

Racecourse manager Richie Galway said: “He has been a huge supporter of Punchestown for many years, and obviously he’s served his suspension, and he’ll be welcomed very much by us all here at Punchestown. I don’t know if he’s coming.”

Punchestown will have nowhere near the 5,000 crowd once more allowed, as coronavirus restrictions are eased, but there is the incentive of free admission for those wanting to go.

“It’s just nice to be racing,” added Galway. “We have just re-opened the racecourse to the public, and I’m delighted to see them back. We have offered free admission for anyone who wants to come racing on Tuesday.

“Obviously given the protocols in Ireland at the moment, you have to pre-register in advance and have to track and trace. It has proven popular and it is just good to see crowds back racing.

“We can have 5,000 but we won’t get anywhere near the capacity tomorrow. The last time we had racegoers here would have been February 2020.”

Punchestown staged a Flat meeting last year for the first time since 2002, and more can be expected when a new €5million development is completed in 2025.

“The latest plan is a track extension, and the home straight widened, that will facilitate more fixtures in general – not specifically linked to Flat racing but (which) will enable us to have additional Flat racing.

“It is something we are keen to do – we are keen to maximise racing options and make our facility better, with on-going development as part of our strategy. We had a Flat meeting last year, and it was well-received by the industry in general.

“At Punchestown we are keen to provide a top-class racing surface and lay-out, so it’s really gratifying to see the support that we have for tomorrow’s meeting.”

Elliott will have his first jumps runners at Sligo on Wednesday, with four of his seven entries declared.