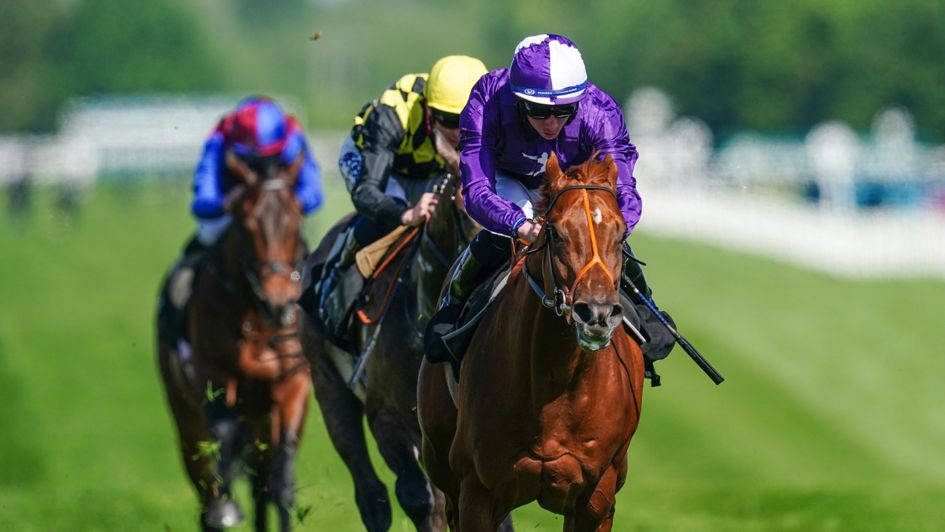 Persian Force booked his ticket for Royal Ascot with an effortless success in the BetVictor Conditions Stakes at Newbury.

Richard Hannon’s charge won the Brocklesby at Doncaster on his racecourse bow in March and was all the rage to follow up as he tried six furlongs for the first time.

Just three runners went to post, with another previous winner, Holguin, setting out to make all while Aidan O’Brien’s newcomer Sierra Blanca raced upsides down the middle of the track.

Rossa Ryan was happy to tuck in behind the Andrew Balding-trained Holguin on the 8-13 market leader until switched out to make his challenge as Sierra Blanca quickly dropped away.

Persian Force swept by the pace-setter in a matter of strides and pulled clear in the closing stages, coming home two and a half lengths clear.

Hannon believes the Mehmas colt compares favourably with former stable star Canford Cliffs, who landed the Coventry Stakes at Royal Ascot before going on to notch five Group One victories at three and four.

Persian Force is now set to follow the same route to Ascot.

He said: “He is very laid back. If only I had another five like that, I wouldn’t have to work for a living!

“He will go to the Coventry. He is one of the nicest two-year-olds we have had for a long time. He is not a horse who is running around the paddock – he behaves like good horses do. Since Canford Cliffs’ days, he is the most exciting two-year-old we have had.

“I am never really a fan of the Brocklesby – you don’t see a lot of really good horses going there. But I said what is the point of hanging onto them? May as well let him go and it has been a long time from then to now.

“This is a proper race. I know Andrew (Balding) likes his horse and I think he slightly frightened a lot of horses away today. He is a seriously good horse.”