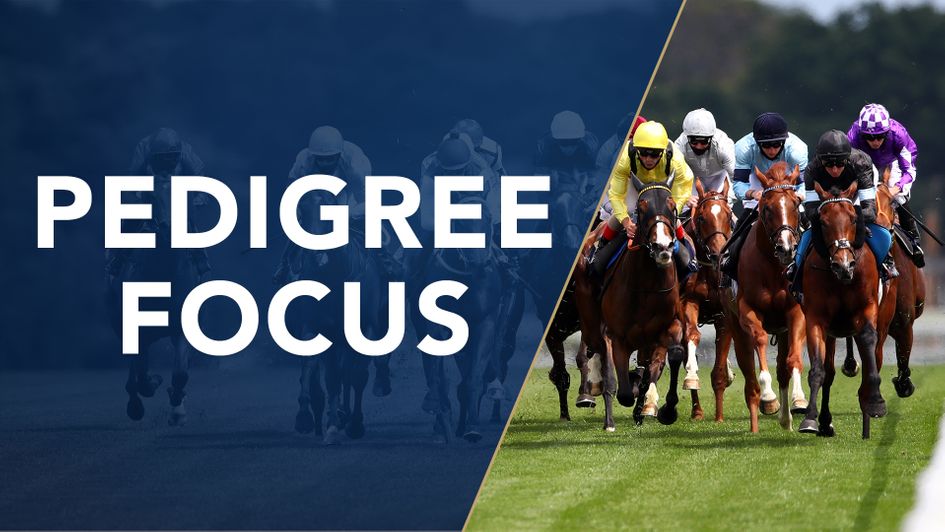 Each week Timeform’s John Ingles looks at the pedigree of a winning newcomer which has the potential to earn some black type.

Aidan O’Brien will no doubt be unleashing a series of top two-year-old prospects in Curragh maidens in the coming months but the bar has been set high by POINT LONSDALE (Timeform rating 98p) who looks sure to go on to better things after his wide-margin debut success last week.

Strong in the betting as the 7/4 favourite, Point Lonsdale won in uncomplicated fashion, disputing the lead until shaken up by Seamie Heffernan two furlongs out and then drawing right away in the final furlong to win by five and a half lengths from Unconquerable.

Given that race was over seven furlongs, it wasn’t too surprising to hear O’Brien nominating the Chesham Stakes at Royal Ascot next for Point Lonsdale, a race Ballydoyle has won three times in the last five years, including with the colts Churchill and Battleground.

The Chesham is for horses whose sire (or dam now too) won over at least a mile and a quarter, and Point Lonsdale qualifies as a son of Derby winner Australia who is also the sire of much the best foal so far out of his dam Sweepstake. That was Broome (Timeform rating 123) who finished a close fourth to stablemate Anthony Van Dyck in the 2019 Derby. Broome has also enjoyed a successful start to the current season, completing a hat-trick in last month’s Mooresbridge Stakes at the Curragh before finishing second in the Tattersalls Gold Cup, and could well be heading to Royal Ascot himself.

Point Lonsdale, who cost 575,000 guineas as a yearling, is also a half-brother to three other winners, including the useful Horseshoe Bay who stayed a mile and a half. His dam, on the other hand, was a speedy two-year-old for Richard Hannon senior, winning her first two starts, including the National Stakes at Sandown, though she went on to win at a mile in the USA.

Further back in the family, there are horses who have done well for Ballydoyle in the past. They include the Phoenix Stakes winner Zoffany, the late sire of this year’s 1000 Guineas winner Mother Earth, and the Irish Derby runner-up Rostropovich. Point Lonsdale will have no trouble staying a mile later this year.