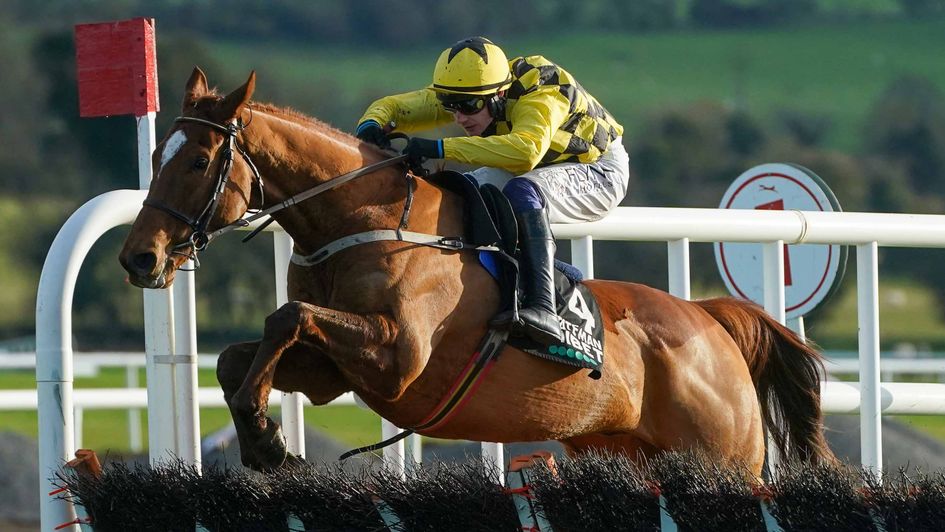 He was aboard runner-up Sharjah who chased home his stablemate but was fighting a losing battle from the moment the winner quickened clear from the second last.

Mullins told this week's Get Stuck In programme: "We didn't hang around, it was a good gallop, Danny found himself in front on Saldier with blinkers on and it was a very straightforward race to ride.

"I was obviously behind State Man who's jumping was a little scratchy at times while Sharjah jumped well. The race probably didn't develop until after the second last but I was disappointed with how quickly I was beaten on Sharjah, I thought I'd get past Saldier on the bridle and that hasn't happened. I have to think he needed it more than I thought he would.

"But you'd have to be taken with how State Man put the race to bed very quickly, we knew Saldier would run well as he'd been working well and however you look at it, rate it through the second horse who is rated 162, the third who is rated 161 or the fourth horse who is rated 147 and finished 20 lengths behind, State Man has run to the mid 160s with room for improvement too.

"I'm not sure Sharjah ran to form and I'd like to think we can improve over Christmas but looking at him in the parade ring I felt State Man looked big and I was actually hoping we might strip a bit fitter than him but that wasn't the case. To my eye State Man looked like he had more fitness to come. It might not have been a wow race but I think all the numbers will add up well for him."