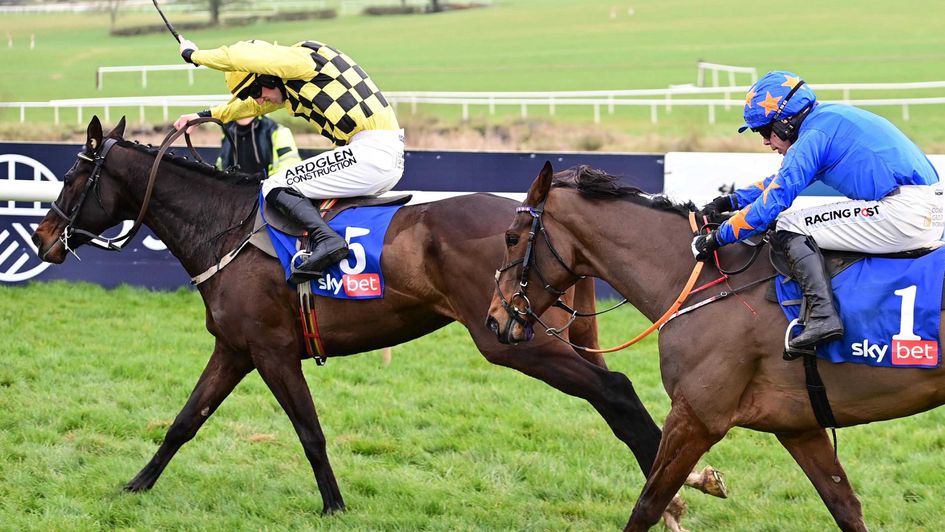 Ganapathi (left) is being readied for a Festival handicap

In this week’s Sporting Life Racing Podcast Patrick Mullins discusses nine of the handicap entries from his father Willie Mullins’ yard ahead of Cheltenham.

State Man is short in the betting for three handicaps; the Coral Cup, McCoy Contractors County Hurdle and Martin Pipe Conditional Jockeys’ race, but Patrick thinks he’d be most interesting for the latter.

He told the Sporting Life Racing Podcast: “He’s a big strong horse with plenty of size and scope. We were hoping he’d be a Grade One novice this year and then he fell at Christmas and that held him up.

“So he’s come this route accidentally as such. We would like to think he’s better than a mark of 141, even though he has a lack of experience.

“Obviously he’s entered all over the place, but Richard Deegan rode him in a conditional jockeys’ race at Limerick so should he go for the Martin Pipe, Ritchie knows him well.

“He’s a man with plenty of experience and having a good jockey in that race is as important as having the right horse.”

Another lightly-raced hurdler is Gaelic Warrior ahead of the Boodles Juvenile Handicap Hurdle, so unexposed he had his three qualifying runs in France and has yet to be seen on UK or Irish shores.

Favourite for the Fred Winter since January, confidence is high about the Rich Ricci-owned market leader.

“He’s a horse we like a lot,” Patrick said. “His work at home is very good, he’s a strong horse and one who’ll jump a fence no problem.

“A mark of 129, look, when we’re buying these horses we hope they’re 140-plus so we definitely expect him to be better than that mark.

“Off that mark we’re very excited to be running him.” 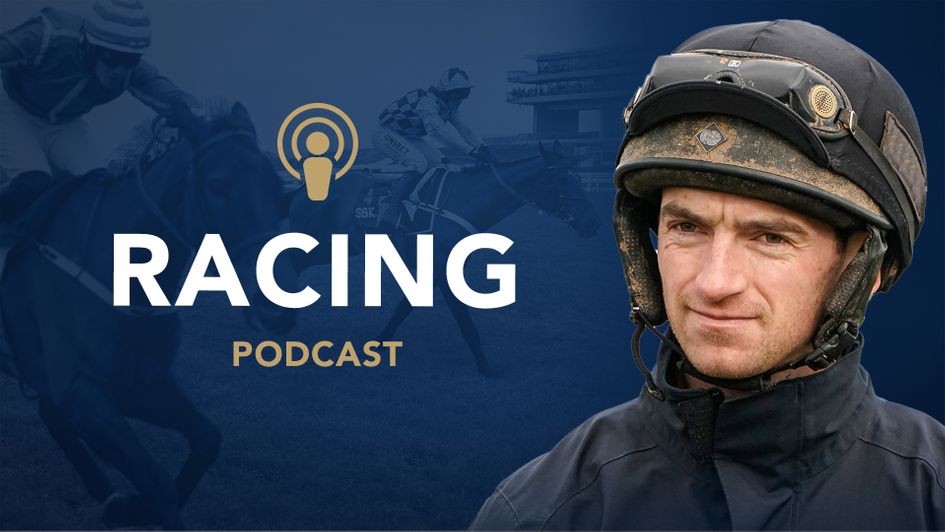 Patrick Mullins on the Festival handicappers from Closutton

Ganapathi is a bit of an unknown quantity having not been seen since last spring’s Punchestown Festival, but he’s all set for a Cheltenham reappearance and he has entries in the Coral Cup, County Hurdle and Martin Pipe.

Mullins said of him: “We schooled him over fences and then he got a setback and had to have a bit of time off. The plan was to go chasing and he’s a horse we’d have hoped would be in the Grade One and Grade Two class.

“He’s still unexposed and his mark looks workable, but it’s not ideal coming here on your seasonal debut.

“I don’t know where he’ll go, but he’s a horse that could pop up somewhere off his mark.”

All positive stuff so far, but if there’s one horse Patrick was lukewarm on it was Ciel De Neige ahead of a possible run in the Johnny Henderson Grand Annual Challenge Cup Handicap Chase – a race that he’s generally second favourite for at around 8/1.

“He looks to have improved over fences, but he was very competitive off a mark in the low 140s over hurdles without winning one. Is he going to be a stone better over fences? I’m not so sure,” Patrick said.

“I don’t see his mark leaving him an awful lot of wriggle room considering what he’s achieved.”

To listen to the podcast in full, where you can hear Patrick’s thoughts on Echoes In Rain, Deploy The Getaway, Statuaire, Farout and Adamantly Chosen, as well, just hit the play button via any of the platforms below.