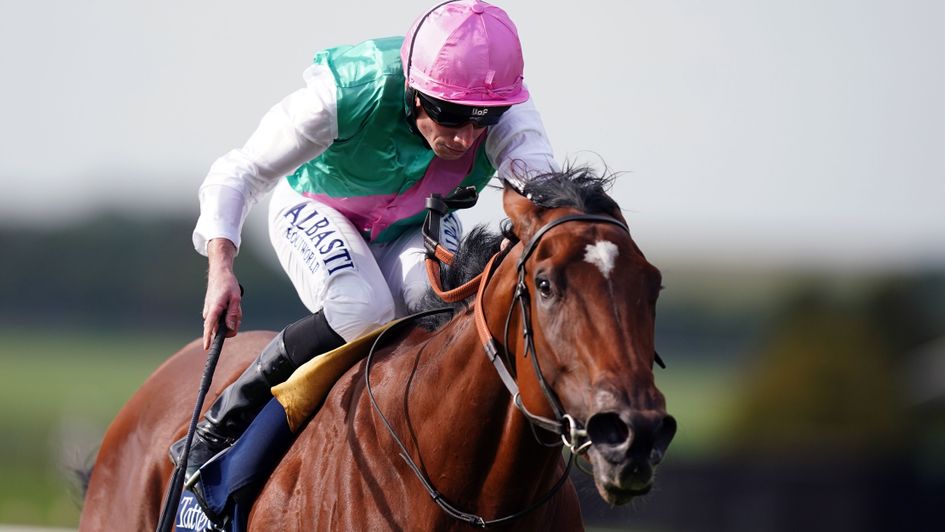 Sir Michael Stoute's Nostrum was cut to 8/1 for the QIPCO 2000 Guineas next spring after running out an impressive winner of the Group 3 Tattersalls Stakes at Newmarket.

Sky Bet halved him in price from 16/1 for the first Classic of the 2023 season on the back of a taking success, where he beat two useful rivals in Holloway Boy and Victory Dance on just his second career start.

Sent to the front by Ryan Moore, the strapping son of Kingman put the race to bed when asked to quicken out of the dip, seeing off the Chesham winner Holloway Boy who travelled well for much of the way under Danny Tudhope.

Victory Dance, winner of the Listed Denford Stakes at Newbury last time, was the first beaten of the big three in the betting as he failed to build on the promise of his first three runs.

Nostrum drifted to his right in the closing stages with the race already sealed, displaying a raw greenness that suggests there could be plenty more to come.

He was Stoute's first winner of this race since Annus Mirabilis in 1994 and as well as being cut for the Guineas Betfair Sportsbook went 4/1 from 20s about the winner for the Dewhurst Stakes at the same track next month.

Stoute said: “It was very pleasing, I thought it was a very warm race coming in. He did it very nicely first time and he was entitled to come and run in a race like that. I was relieved and very pleased with the performance.

“We expected a very big run (at Sandown), but like most of them first time it is always difficult to fathom."

On future plans, Stoute added: “I don’t know. We’ve got to take him home, chill him out and relax him, put him back in fast work and it’s a difficult time of year for two-year-olds when the weather turns.

“I’d like to give him one more run. I haven’t given it serious thought, as I just wanted to get over today. He’s an easy horse to train, he’s very laid-back. He’s just a little bit babyish, but a lovely ride.

"Ryan and I go back a long time, it’s an association I treasure and I have so much respect for him."

As for runner-up Holloway Boy, his trainer Karl Burke hinted that an outing at Group One company in the Vertem Futurity Trophy at Doncaster on October 22 could be on the cards.

Burke said: "We're delighted with that as he missed 8-10 days with a dirty scope when he missed that Champagne Stakes.

“Danny Tudhope said he would be suited by a mile so we could look at the Vertem Futurity Trophy or beyond that the Breeders' Cup."