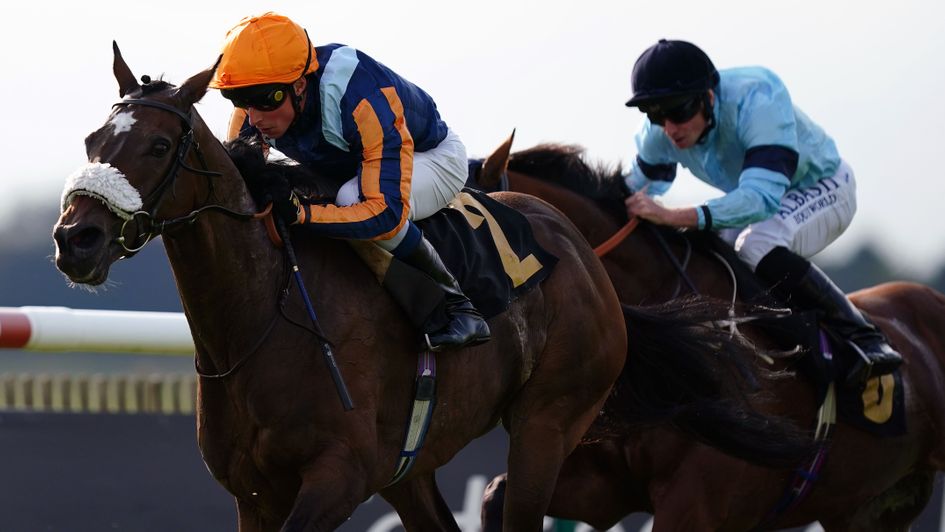 A review of the rest of the action from Newmarket on Thursday including a win for Andrew Balding's Nate The Great.

Although without a victory since landing the rescheduled Dante Stakes at July in 2020, Thunderous has run some excellent races in defeat this season – most notably pushing Stradivarius close in the Yorkshire Cup in May.

As the highest-rated runner in a field of five for this two-mile contest, Charlie and Mark Johnston’s stayer was a 4/5 shot to bring his lean spell to an end, but ultimately came up short.

The Andrew Balding-trained Nate The Great (4/1) won at Newmarket in May and was dropping in class on his return, having failed to beat a rival in either the Goodwood Cup or the Lonsdale Cup on his last two starts.

It was clear some way from home that Thunderous had a real fight on his hands and while he tried to come back at Nate The Great once headed, the leader was always doing enough under title-chasing William Buick and passed the post with a length and a quarter in hand.

Buick said: “He was down in class slightly today and capitalised on that. Fast ground has helped him. He has danced every dance and this was one of his better performances.

“He was very tough, very honest and gives his all every time.”

Dr Bridget Drew OBE, director of Mildmay Racing, said: “I was worried he might have lost his confidence, but not here. He enjoys it here. He’s only six, he’s not that old for a stayer.

“It’s great to see him get his head back in front. He’s going on his holidays now, he’s been going for over a year now so he will come home for a break, I think."

The progressive Bold Act brought up a hat-trick as he led home a Charlie Appleby one-two in the Federation Of Bloodstock Agents Nursery Handicap at Newmarket.

Second to stablemate Highbank on debut, the son of New Approach has not put a foot wrong since and got the job done with minimal fuss in this one-mile event on the Rowley Mile.

William Buick was willing to bide his time on the 4/9 favourite as his fellow Moulton Paddocks inmate One Nation set the fractions with Adam Kirby aboard.

But there was only one victor once Buick sent Bold Act forward to win his race and set up a possible tilt at the Zetland Stakes back here next month. 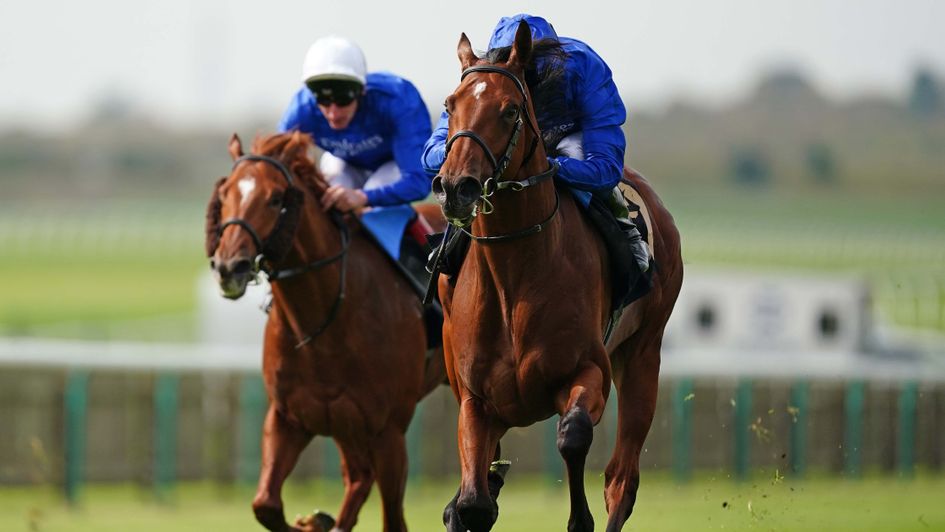 “He’s a horse that is progressing nicely and we will see what William has to say,” said Appleby.

“Whether we put him away for the year, or something like the Zetland might fall into his category.”

“He’s a horse that is progressing and when stepping up will progress further. He is a horse we’ll let winter here and the Zetland could be a nice race to look at.”

Rest of the action...

The long journey down from Durham was made worthwhile for Peter and Linda Appleton after the pair watched Azure Blue, who they joint own with Anne Elliott, come with a well-timed run to collect the British Stallion Studs EBF Premier Fillies’ Handicap.

Still with plenty of work to do entering the final quarter of a mile in the six furlong prize, the well-supported 2/1 Favourite, who is trained by Michael Dods, turned on the afterburners before wearing down Loves Me Likearock and going on to score by a length in the hands of Paul Mulrennan.

Victory in the race was a second in succession for the triumphant trainer who saddled Gale Force Maya to glory 12 months ago.

Linda Appleton said: “It was amazing and she really loves that uphill finish. She is a good filly, so we have a lot of confidence in her. She is a little bit slow out of the stalls and she leaves herself with a bit to do but she has got a lot of ability and is getting stronger all the time.

“She has been very well looked after this year and hopefully she will keep on improving.

“We will have to look up in company and when they are in form you want to run them. She was in the Listed race at Ayr last Friday but we wanted to come here instead as she loves the rising ground. Hopefully she might come back here.”

Mark Johnston may have had to put his best foot forward in the pre-parade ring after Tenerife Sunshine got loose on a couple of occasions, however the son of Lope De Vega showed his own smart turn of foot to land the opening Turners British EBF Maiden Stakes.

Plenty have smart types including subsequent Group One winners Ghaiyyath (2017) and Telescope (2012) have claimed the mile contest on route to bigger things and the 5/1 chance showed a likeable attitude to get off the mark at the second time of asking.

After being headed Tenerife Sunshine battled back well during the closing strides to forge back past debutant Like A Tiger and score by a short-head to give winning jockey Andrea Atzeni a second successive win in the race having steered Subastar to victory 12 months ago.

Johnston, who trains Tenerife Sunshine in partnership with his son Charlie, said: “He was one of those, just looking at him, that needed time.

“We weren’t surprised that he needed the race first time out and we thought he might need another one. He got loose a couple of times in the pre-parade ring. He is next year’s horse.

“I thought he (Andrea Atzeni) gave him a beautiful ride. He said he felt like he was in top gear all the way but he knew there was plenty left. He started to lose his way a bit in the dip but then he came back up the hill.

“There is plenty of time to chat away and see if he has one more run. Physically, to look at him, he is a mile and a half horse.”