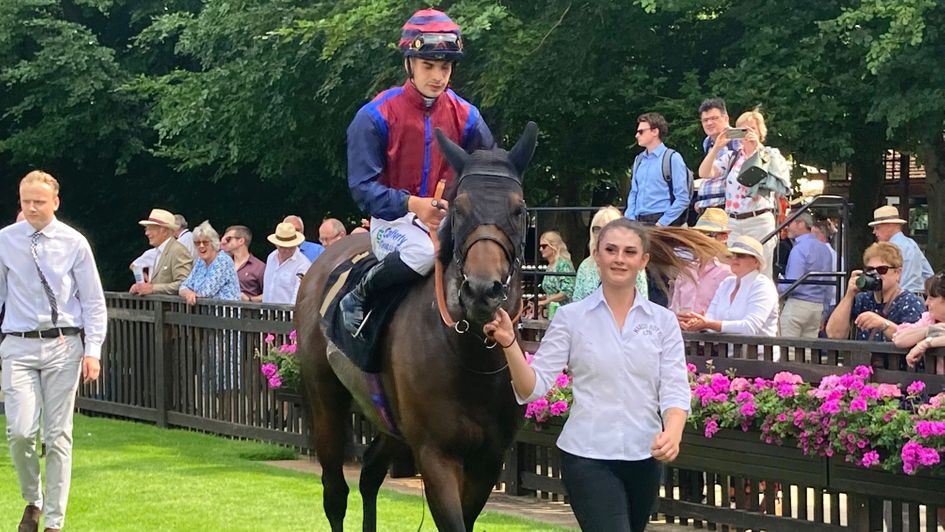 Marco Botti teamed up with his former ally and fellow Italian Stefano Cherchi to good effect after Pensiero D’Amore ensured he would head to the Tattersalls July Sale on the back of a victory when landing Newmarket's Featurespace Fraud Fighting Handicap.

The six-year-old son of Zoffany finally added to his All-Weather success at Kempton Park in March since joining the Newmarket handler the previous month when showing a tenacious attitude in the seven-furlong feature event.

Finding plenty when it mattered most the 14/1 chance dug deep under Cherchi, who started his career in England with Botti, to repel the late challenge served up by Lord Rapscallion by a neck.

Botti said: “Stefano started with me and was apprentice to us but he is now with Amy Murphy. He is a good lad and he rides well and off top-weight we decided to use his three pound claim to take some weight off the horse’s back.

“He is a nice horse and has ability but he does get wound up before the race. That’s why he has run well at Newmarket as there was no real journey.

“He went to Chester last time but he ran his race before it started. He had good form in Italy but every time he has run in England he has been the outsider.

“He is in the July Sales. Whether he sells or not I’m not sure. He likes fast ground and seven furlongs is probably his trip.”

Apprentice jockey Mohammed Tabti came in for plenty of praise from connections after celebrating his first victory at the track aboard Leap Abroad who got the better of a tight finish in the Cambridge Precision Innovation Handicap over six furlongs.

Based at Whatcombe with father and son training partnership Paul and Oliver Cole the French-born seven-pound claimer, who joined the pair following an email conversation two years ago, was on the mark after the 17/2 chance got the better of Lethal Levi by a neck.

Oliver Cole said: “He is a very game horse. It was a very trappy race and he gave him a good ride. Mohammed emailed us about coming over and I emailed back and he then found himself at Whatcombe.

“He has been with us for two years and he deserves every opportunity. He is worth his seven pound claim.”

Owners Rockcliffe Stud enjoyed big-race glory at the July Course when the now-retired Snow Lantern claimed last year’s Group One Tattersalls Falmouth Stakes and their silks were seen back in the winner’s enclosure at the track following the debut victory of Midnight Moll.

All eyes were on 2/7 favourite Sea Tsarina, however the William Haggas-trained odds-on chance could only finish third behind the Dark Angel filly, who prevailed by half a length from Next Chapter in the Price Bailey Fillies’ Novice Stakes (7f) on her racecourse debut.

Kieran Shoemark, jockey, said of the Ed Walker-trained 11/1 winner: “I’ve never sat on her before but Ed (Walker) said she could win a novice whether it was today he wasn’t sure.

“They went a little bit too quick out in front and I was too busy trying to get her organised and balanced to concentrate on the second half of the race. She then got balanced and got going and on that rising ground she found the line well. She will stay further.”

Jockey Jack Mitchell, who landed the opener on Rogue Lightning, brought up an 8/1 double when Enforced (11/4 joint-favourite) collected the mile Cheffins Handicap.

Tom Clover described Rogue Lightning as an exciting prospect after putting himself in contention for an outing in the Group Two July Stakes at the Moët & Chandon July Festival at Newmarket following a striking debut victory at the track on Thursday.

Having impressed at home on the gallops, the Kodiac colt transferred that to the track when dispatching his three rivals with the minimum of fuss in the Black Type Accountancy British EBF Restricted Novice Stakes in the hands of Jack Mitchell.

Tracking outsider of the quartet Tabsheer for much of the six furlong event the 6/4 chance soon put the race to bed in a matter of strides after drawing smartly clear on the climb to the line before defeating 11/8 favourite Metahorse by four and a half lengths.

Rogue Lightning was given a quote of 40/1 for next year’s QIPCO 2000 Guineas by Paddy Power following his impressive triumph, however Clover hinted that a return to course and distance could be next on the agenda for the July Stakes in two weeks’ time.

Clover said: “He had been shaping up really well at home. I was so pleased Jack got a lead as he was a little keen through the first furlong.

“It was lovely to see him drop his head and race properly. As Jack said it was a matter of pushing the button and he picked up well for him. 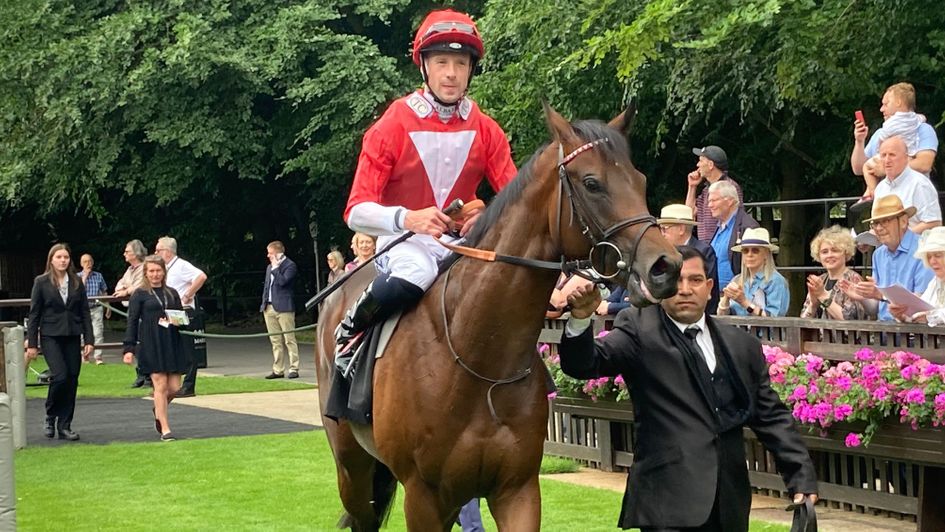 “For a first time out horse he hadn’t done a lot of work for us. He is quite naturally talented and he is an exciting prospect for The Rogues Gallery (owners).

“I suppose first time out you are always hoping to get a bit of cover in case they are a bit keen and Jack did well to do that. You hope they behave well first time out but I knew if he relaxed well he would take a lot of beating.