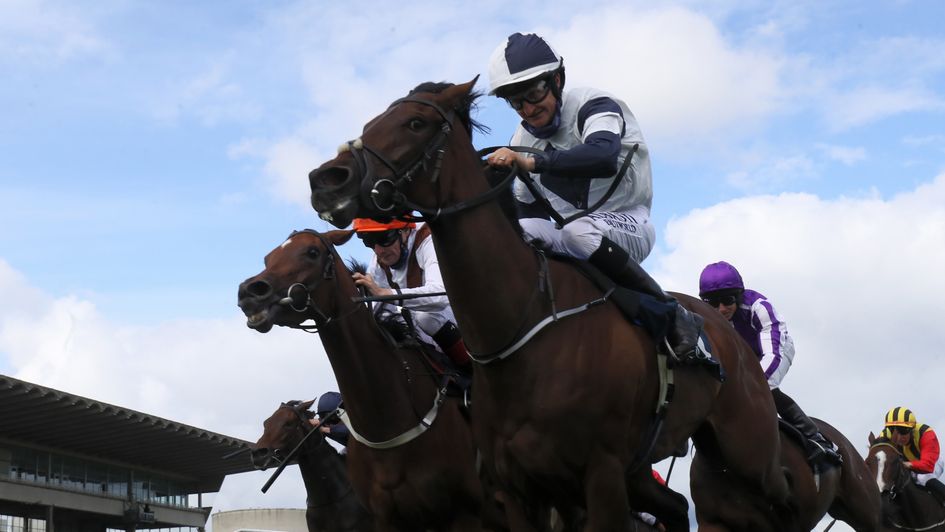 Check out the view from connections ahead of Saturday's feature action at Newmarket including a star-studded Kingdom Of Bahrain Sun Chariot Stakes.

No Speak Alexander bids to show her 25/1 success in the Matron Stakes was no fluke when she lines up for the Kingdom Of Bahrain Sun Chariot Stakes at Newmarket.

The Jessica Harrington-trained filly put up a personal best to take last month’s Group One by a neck from Pearls Galore at Leopardstown. She had already shown she was not out of place at the top level when third to Empress Josephine in the Irish 1,000 Guineas at the Curragh in May. No Speak Alexander did not run for 10 weeks after that, and appears to be the better for it.

“She had a fantastic run in the Matron. She’s a smashing filly, and I hope she runs a big race again,” said Harrington. “Once fillies improve this time of year, you never know how far they will go – and she hasn’t had much racing either.”

Richard Hannon is happy with Snow Lantern as she bids to emulate her dam Sky Lantern, who lifted Saturday’s coveted prize in 2013.

Snow Lantern won the Group One Falmouth Stakes over the July course – and although she has twice come up slightly short at the top level since, she heads the market from Aidan O’Brien’s 1000 Guineas and Prix Rothschild heroine Mother Earth.

Hannon said: “She has beaten a lot of them, if not all of them before. I think the straight track will suit her, and we can ride her however we want. She hasn’t got to cope with a bend. If she takes a pull, Sean (Levey) said he might just let her roll and use her a little bit. Hopefully she can come back and redeem herself. After that, we might think about the Champion Stakes or the Queen Elizabeth II Stakes on Champions Day.”

Ed Walker saddles both Falmouth Stakes fifth Primo Bacio and Dreamloper, who has a bit to find to reverse Matron Stakes form with No Speak Alexander.

“Primo Bacio obviously has some rock-solid form, until a slightly unexplained run at York last time,” said the Lambourn trainer. “She’s been very unlucky not to be placed in the Falmouth or the Rothschild, and hopefully they won’t get too much rain and she can at least do that on Saturday before we put her away for next year. She ran great in the Falmouth, but the winner slightly hampered her at a crucial stage. At Deauville the ground could have been quicker, and she just never got a fair crack at it.

“Dreamloper wasn’t disgraced behind No Speak Alexander in the Matron Stakes in Ireland last time, in a race not run to suit her, and it’s great news that she will probably be staying in training too.”

Fev Rover, third to Mother Earth and Saffron Beach in the 1000 Guineas, gets the chance to turn the tables on that talented duo.

Trainer Richard Fahey was pleased with her effort in the Boomerang Mile at Leopardstown, where she was runner-up to Real Appeal on her first start since Royal Ascot. This has been her target for the back end of the season. We’re very pleased with her,” said Fahey. “I was happy enough with her run in Ireland – her first run for a while, and it has hopefully sharpened her up a bit.”

Tahlie has her first run for Newmarket trainer Roger Varian, having previously been trained in France by Pascal Bary. She won four in a row before finishing eighth to Mother Earth in the Prix Rothschild.

Varian said: “It looks a strong Sun Chariot Stakes – but she brings good form from France, where she was a Group Two winner. We’ll learn a bit more on Saturday, but we’ve been happy with her since she joined us following the Prix Rothschild. She didn’t have much luck there, and she won’t be out of place.”