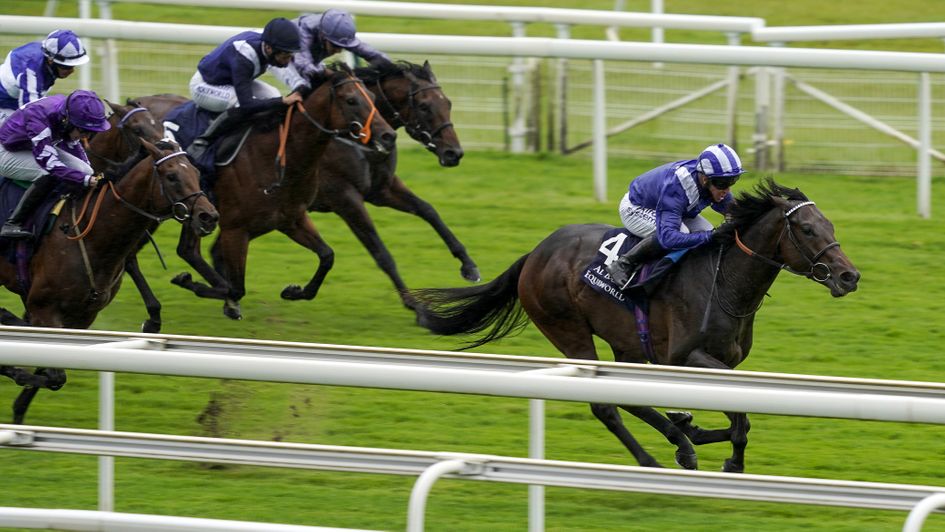 Minzaal is all set for the Champions Sprint

Minzaal could line up for Ascot’s Qipco British Champions Sprint Stakes after his impressive comeback run at the same track earlier this month.

The Owen Burrows-trained three-year-old was seen for the first time after a 371-day absence when contesting the Listed Rous Stakes on October 2.

The race was the scene of his long-awaited comeback and one in which he ran admirably, finishing only a length behind Clive Cox’s Tis Marvellous over a five-furlong trip he had never attempted before.

A highly-promising juvenile who won the Gimcrack Stakes and finished third in the Middle Park, Minzaal’s career was then stalled by an injury sustained in his stable that had kept him out of action since the Newmarket run.

Having proven himself to have retained the ability he held as a two-year-old, the bay is now set for the Group One feature, should his midweek work be satisfactory.

The weekend’s assignment is a six-furlong affair, the same trip he was campaigned over last season, and conditions should be markedly drier than the soft going at Ascot the Mehmas colt encountered on his last outing.

“He’ll go a little bit of work in the morning (Wednesday) and if we’re happy then we’ll run him,” Burrows said.

“Obviously he’d had over a year off and he was a bit rusty, but I was very pleased and thought it was a really good comeback run.

“There’s always the worry of him having a little ‘bounce’, but from what we see at home he seems in good form and if he breezes well then the plan is to go.”