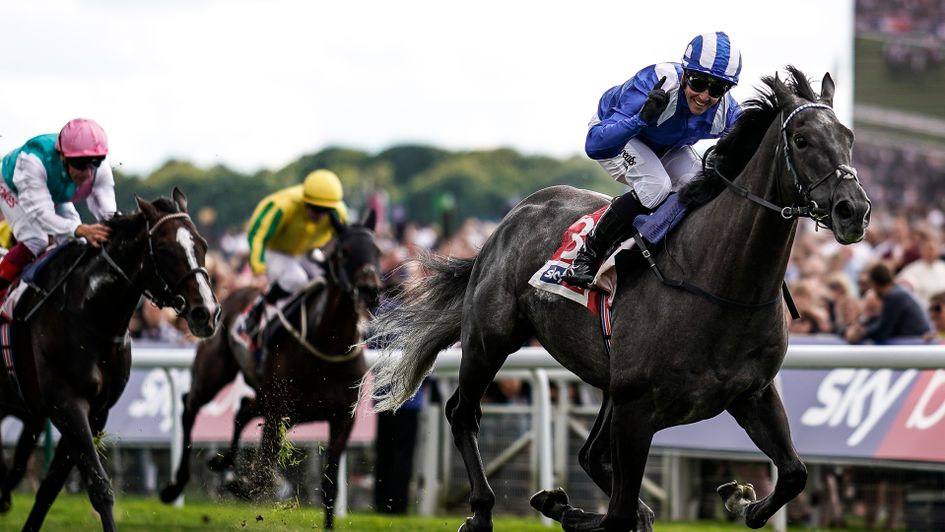 Jim Crowley celebrates on Muntahaa in the Sky Bet Ebor

Lexus Melbourne Cup preview: Views from connections and Man On The Spot tip

Get the views from connections, Sky Bet offers and Man On The Spot verdict ahead of the Melbourne Cup which, in the UK, is due off in the early ours on Tuesday.

Ian Williams is hoping the decision to dream big will pay off for Magic Circle when he lines up in the Lexus Melbourne Cup on Tuesday.

The six-year-old has had the 'race that stops a nation' as his target since routing his rivals by six lengths in the Chester Cup back in May.

Magic Circle then secured his place on the plane with a similarly impressive verdict in the Henry II Stakes at Sandown a fortnight later, and has been specifically saved for the Flemington feature since then. 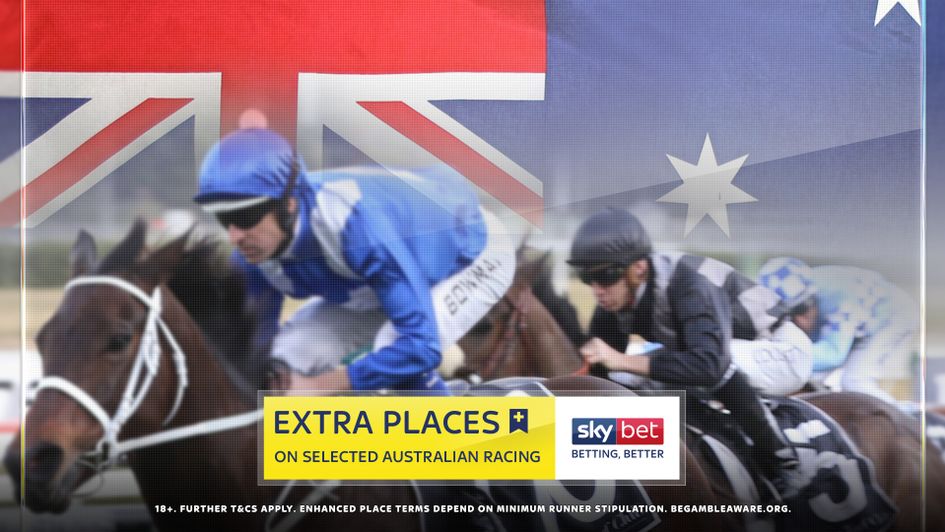 Sky Bet are paying an extra place on the Melbourne Cup

Williams is under no illusions as to the task the team face in the Flemington highlight - but with last year's winning jockey Corey Brown booked to ride, the Worcestershire-based trainer will savour every moment of the Australian adventure.

He said: "We've got a huge chance. It's a once-in-a-lifetime chance. Everything has gone, to this point, touch wood, spot on with him. Corey was impressed by him and it always helps when the jockey likes the horse and they got on really well.

"It's a huge ask and a very competitive race, but we've got a live ticket so that is exciting. Of course I'm surprised how short he is (in the betting), as we don't have a monumental top-class string of racehorses in Birmingham.

"We've got a nice string and here is a little National Hunt trainer who has a horse as short as 7-1 for the Melbourne Cup, the largest race in Australia. I just think it's incredible and I have to pinch myself some mornings when I wake up. It's a dream come true. I'd like him to perform to that level and I'd like him to be really special." 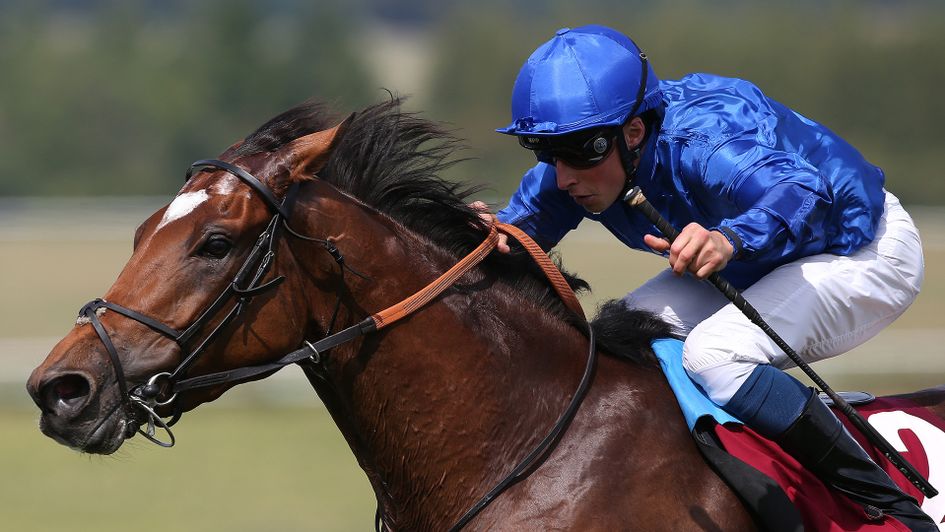 However, the Ballydoyle handler is back in force this year and counts the ante-post favourite Yucatan among his three challengers. The four-year-old was a conclusive winner of the Herbert Power Stakes on his prep and will team up with James McDonald once more.

O'Brien said: "We thought the Melbourne Cup would suit him well. He's on a perfect mark and I imagine James McDonald will go forward on him."

The trainer fields two other live chances in the Ryan Moore-ridden Cliffs Of Moher, who will run as The Cliffsofmoher in the big race, and Rostropovich.

The first-named finished third in the Caulfield Cup in the second of two Australian starts, while Rostropovich was fifth behind the mighty Winx in the Cox Plate on his prep run.

O'Brien added: "Cliffs Of Moher is a very classy horse, but he has plenty of weight. The Cup is a tough, difficult race, but we've always thought he could have a big one in him. Rostropovich won a Group Three at Leopardstown and he's running off a lovely weight. He had a run to sharpen him up in the Cox Plate and Wayne (Lordan) is going to ride him."

Nakeeta finished fifth in the race last year after winning the Ebor but has struggled to find the same kind of form for Iain Jardine this term. He was well beaten in the Moonee Valley Cup on his initial Australian start this term, but Jardine feels he is far from a back number.

The trainer, who saw his Bedrock shock Samcro at Down Royal on Friday, said: "We'll see how he gets on. We're hoping he'll run well. You can put a line through his last run as things didn't really go his way and a mile and a half was always going to be a bit short for him. They tell me he's in flying form, so we'll see."

A British-trained runner has yet to triumph in Melbourne, and the Saeed bin Suroor-trained Best Solution leads the charge after winning two Group Ones in Germany before shipping to Australia to claim the Caulfield Cup.

A Prince Of Arran secured his place in the field for Charlie Fellowes by winning Saturday's Lexus Stakes, while John Gosden calls on Sky Bet Ebor winner Muntahaa.

Man On The Spot verdict

Three year-olds have an appalling record in this but Charlie Appleby has booked two-times Melbourne Cup winner Kerrin McEvoy to partner Great Voltigeur runner-up Cross Counter and he is much respected. Top weight Best Solution and locally-trained Avilius also wear the blue of Godolphin. Ireland had the 1-2-3 last year but Aidan O’Brien is the only trainer to have made the trip this time. He runs three and Ryan Moore rides Cliffs Of Moher, a high-class performer who got going too late behind Best Solution in last month’s Caulfield Cup. Yucatan won a Group 2 last month but has been drawn wide on the track along with stable companion Rostropovich and Saturday’s winner here, A Prince Of Arran. The latter is one of six UK-trained entries headed by Magic Circle, winner of the Chester Cup and a Group 3 at Sandown earlier in the year, and the Ebor winner Muntahaa. Marmelo is consistent and Nakeeta was an honourable fifth last year but the prize can stay at home this year via VENTURA STORM. David Hayes’ gelding never figured last year but arrives in much better form this time around having landed a Group 2 at Moonee Valley 10 days ago. The 2016 St Leger runner-up is hitting his peak at just the right time.

My Stable - Horse Tracking Made Simple

It’s that time of the year when jump season takes centre stage. With thousands of horses, hundreds of jockeys and plenty of trainers performing across the UK & Ireland in multiple meetings every single day, it can be tough to keep track of all that catches your eye.

But not any longer. Our My Stable service is the simple and perfect way to stay on top (and ahead) of the game. You can easily follow the progress of your favourite horses, jockeys and trainers across six months of pure racing theatre by adding them to My Stable.

It’s your own personal space on your free Sporting Life account where you can create a yard full of talent that means something to you. That way, you can develop your racing knowledge and build a better picture of the races to come. Plus, you also get notifications when anyone in My Stable is due to perform so you never miss a jump – or an opportunity to profit.