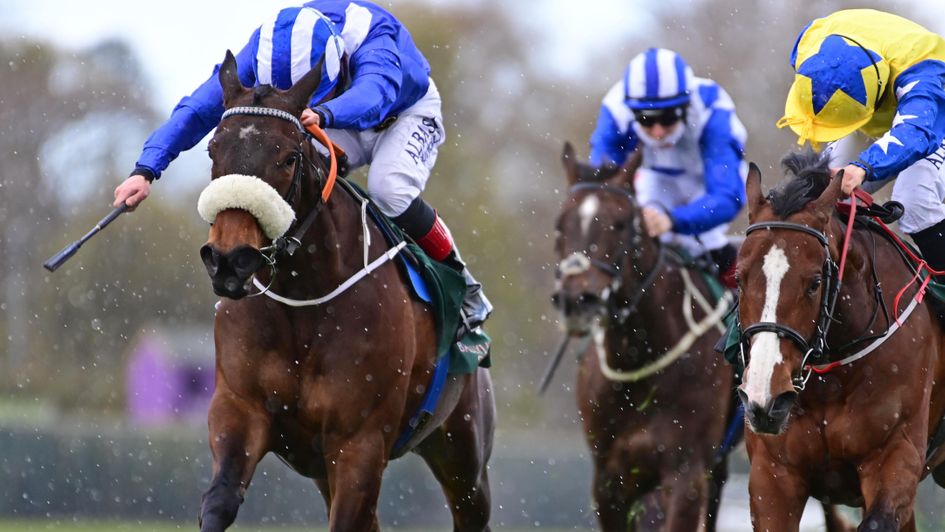 Mehnah (left) flew from the back of the field

Mehnah back in work after setback

Mehnah will be given plenty of time to recover from the setback which prevented her from running in the Irish 1,000 Guineas.

The Kevin Prendergast-trained filly tweaked a muscle – ruling her out of the Curragh Classic – and she has since also been taken out of the Coronation Stakes at Royal Ascot.

The half-sister to 2016 Irish 2000 Guineas hero Awtaad is back in work, but is not yet ready to return to action.

Prendergast said: “She’s coming on well. She tweaked a muscle before the Irish Guineas, and we just had to ease her off, but she’s back in work again.

“We’ll play it by ear. We’ll get her straight first, then we’ll make a plan.”

Mehnah has had just the two career starts, both over seven furlongs.

She made a winning debut at Dundalk in September, and just failed to catch Keeper Of Time in the Group Three 1,000 Guineas Trial at Leopardstown in April.

The daughter of Frankel holds early-closing entries in the Alwasmiyah Pretty Polly Stakes at the Curragh on June 27 and the Juddmonte Irish Oaks there next month.