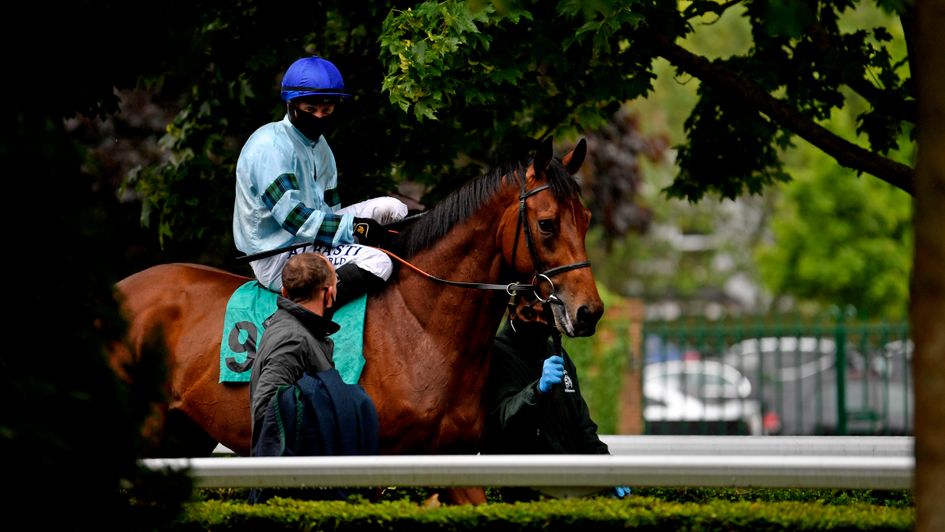 Quickthorn is a name to note

The Group 3 Albany Stakes is threatening to be a corker with any number of promising fillies lining up on Friday week. Few juveniles have impressed more this spring than HELLO YOU who annihilated nine rivals on her debut at Wolverhampton last month.

Purchased for €350,000 as a yearling, the Ralph Beckett trained filly travelled smoothly before powering clear inside the final furlong to win hard held by six and a half lengths. The fourth Sunstrike bolstered the form by winning next time at Kempton and it is hardly surprising the currently sidelined Rossa Ryan was eager to return to the saddle in time to renew his association with the Amo Racing owned two year old.

As far as the competition is concerned, both Flotus and Prettiest looked above average when winning on their debuts at Goodwood and Navan respectively but preference is for the all-weather winner.

Roger Varian has trained 9 winners at Royal Ascot, including four in 2020. The head of Carlburg Stables could be eyeing the Golden Gate Handicap on the final day of the meeting for the progressive MOVIN TIME.

The ten furlongs event for three year olds is a 0-105 event which looks ideal for the thrice raced son of Fastnet Rock. Rated 91, he was runner-up on both his outings as a juvenile at Newcastle last backend. Beaten by smart performers Rebel’s Romance (Group 2 winner) and Mithras (rated 98), he had little trouble going one better on his seasonal return at Newmarket last month.

Stepped up to ten furlongs, the Varian trained colt quickened away inside the final furlong to score by four lengths. The form received a substantial boost when the runner-up Kemari sluiced in by half a dozen lengths next time. Off since, this is likely to have been the plan ever since and he is expected to go close before plying his trade at Pattern level.

Charlie Appleby and Godolphin captured the Chesham Stakes with the outstanding juvenile Pinatubo in 2019 and the same operation have another major challenger for the 2021 version in the unbeaten NEW SCIENCE.

A son of Lope De Vega who cost €260,000 as a yearling, he was well touted prior to his debut in a seven furlongs novice event at Yarmouth in late May and didn’t disappoint his supporters with an authoritative display.

Making virtually all, William Buick’s mount quickly settled the issue with a potent turn of foot to win decisively by a length and a half from the Queen’s Reach For The Moon. With Aidan O’Brien’s Point Lonsdale and Andrew Balding’s Masekela amongst the opposition, it won’t be a straightforward task, but he looked a high quality juvenile on the East coast last month.

Hughie Morrison has won the Duke of Edinburgh Stakes on three occasions courtesy of Waverley (2003), Cill Rialaig (2010) and Arab Dawn (2015) and the East Ilsley based handler may have the twelve furlongs contest on the agenda for QUICKTHORN.

From a family his stable know well, the four year old has only raced a handful of times and, despite a t13 pounds rise for his bloodless Haydock win last time, the son of Nathaniel has more to offer. Sidelined for the second half of last term, he was gelded in the interim and looked an improved performer as he sauntered to an eight and a half lengths win at the Merseyside track.

Yet to race on fast ground, he is very much at home on an easy surface and rain is forecast for the backend of next week. There is a decent middle distance/staying handicap to be won with the half-brother to Belated Breath.

SUESA has looked a high quality sprinter in France winning all four of her races (all at Chantilly) and she is a live player in the Commonwealth Cup, provided she is allowed to cross the English Channel. A daughter of Night of Thunder, she won both her races as a juvenile when trained by Carlos Laffon-Parias, including a Listed event by two lengths in November.

Subsequently bought by George Strawbridge, she was transferred to Francois Rohaut and has looked even better this year. A three and a half lengths winner of the Prix Sigy in April (third has won a Group 3 since), it is worth recalling that Quiet Reflection won the same race before landing this prize in 2016. She made it four out of four over six furlongs at the same track last month winning by three lengths.

Two from two over this trip, she will hopefully be ridden by Olivier Peslier (3 from 3) and, while hasn’t raced on fast ground, her half-brother won on good ground.