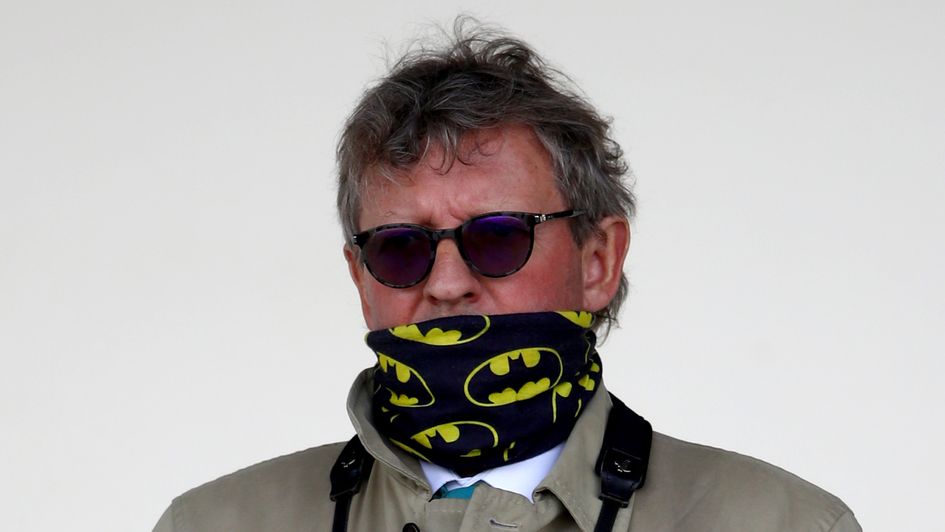 Love De Vega put himself in contention for a late call-up to Mark Johnston’s Royal Ascot squad after striking gold at the third attempt of asking at Nottingham.

Having been a runner-up on his previous two outings the son of Lope De Vega took a step up to six furlongs in his stride when claiming the MansionBet Bet £10 Get £20 EBF Novice Stakes by three lengths to form the opening leg of a double for jockey Ben Curtis.

Following the race Love De Vega was introduced at 25/1 for the Chesham Stakes by Paddy Power.

Johnston said of his 8/11 winner: “I think it showed today that the step up in trip was required and it looked like he would go even further. I thought a furlong and a half out he didn’t seem to be getting on top but then he pulled away comfortably at the finish. He was probably taking liberties a little bit.

“Unfortunately he did get beaten twice and we did think quite a lot of him early on. We have struggled to find two year olds for Royal Ascot this year. We will have a look at the Chesham now for him and I would like to have a think about running him in it.”

Curtis at the double as Junoesque strikes

A schooling session over hurdles appears to have had the desired effect on Junoesque (2/1), who completed Curtis’s brace when getting the better of Turn Of Phrase by half a length in the concluding Follow @MansionBet Handicap.

Trainer John Gallagher said: “She went off the boil a bit last year. We schooled her over hurdles at the back end of last year just before she won at 50-1 at Lingfield and it seems to have done her the world of good.

“She is game when she gets her head on front and it takes a good one to get past her. Hopefully she can follow up if the handicapper isn’t too harsh.”

Former champion jockey Josh Gifford enjoyed plenty of success both as a rider and trainer around Nottingham until the closure of its jumps course in 1996, and now his son Nick can boast saddling a winner at the track following a first victory on the Flat for Didtheyleaveuoutto.

The Listed bumper winner made his fifth start on the level a winning one after prevailing by a length and a half in the MansionBet Watch And Bet Handicap to give jockey Jamie Spencer, who turned 41 on Tuesday, a late birthday present.

Gifford said of the 5/4 winner: “Jamie said he has won despite the track as he didn’t handle it all. He said the ground was quick enough for him out there and ideally he wants two miles. He is in the right grade. We’ve kept him in training to have a bit of fun over the summer with.

“I’ve only ever had one runner here before and it was a horse called Party Royal that David Dunsdon rode in an amateur race, but that is now another track I’ve trained a winner at ticked off the list.

“Dad had plenty of winners when there was a jumps track here as he loved the ground here in the winter. He sent a lot of his good ones up here including Deep Sensation (1993 Queen Mother Champion Chase winner) and you would be hard-pressed to find a better one than him.”

Jarvis and de Sousa team up

William Jarvis and jockey Silvestre de Sousa matched the efforts of Curtis after teaming up to secure a double of their own, initiated by the four and a half-length success of One Night Stand (100/30) in the feature Download The MansionBet App Handicap.

The Newmarket handler said: “I think he probably needed that first outing at Ascot but the ground suited him better today. He ran better than his finishing position at Ascot.

“He is quite a nice horse and we could have a bit of fun with him. He has done very well over the winter physically. I’m not sure there was much strength and depth there but he has done it well. He is quick and six is his trip.”

Three times champion jockey de Sousa and Jarvis enjoyed further success together with Sendacard, who hit the target at the eighth attempt of asking in opening division of the MansionBet Bet £10 Get £20 Handicap, which the 9/2 chance landed by three quarters of a length.

Jarvis said: “I think she was okay as a two year old and maybe not quite right at three. I had nothing to do with buying the horse - the owner bought her off her own back. I didn’t think she quite got home over seven (furlongs) at Yarmouth so that’s why we dropped her back to six today.

“The hood probably helps her. She is work in progress but she could easily win again at the right level.”