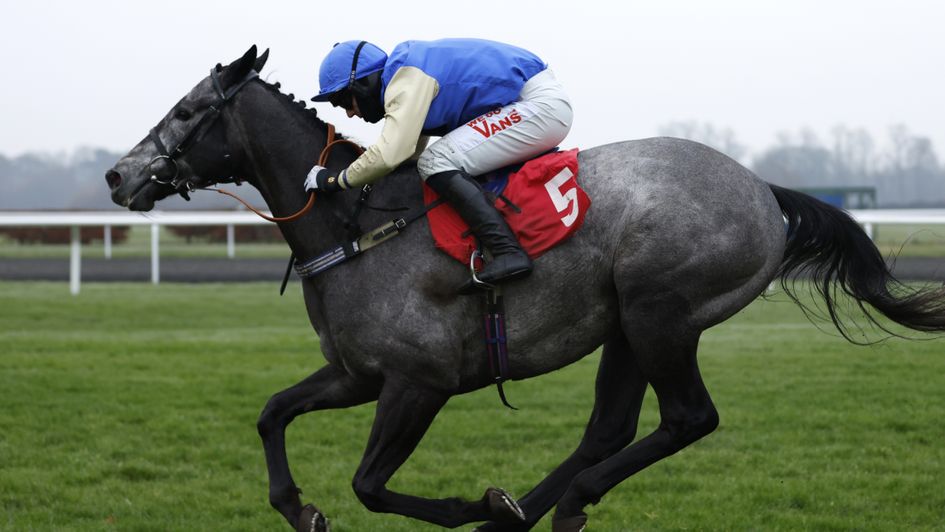 Milton Harris had made no secret of the regard in which he holds Silver Shade ahead of his debut in the Play Coral “Racing-Super-Series”For Free Juvenile Hurdle at Kempton Park, and the four-year-old duly dotted up.

The former Mark Johnston-trained inmate saw off his five rivals with a bit to spare in the two-mile contest, the first on A card that had to survive three inspections because of heavy morning fog.

However, while his hurdling left something to work on – a blunder at the third-last seemed to wake him up – his overall performance ultimately lifted any gloom and he may now head to the Triumph Hurdle.

Having burned off the long-time leader Dirham Emirati, the 9/2 chance jumped the last clear and repelled the late thrust of Cuban Cigar to score by a cosy length and three-quarters.

Harris said: “I have made no secret that I like him. He is a bit different to Knight Salute in that he is a different type – a big, strong horse. He has always done everything right.

“His jumping can be improved upon. The ground for these young horses could be quite tiring. I know the Moores liked their horse (Dirham Emirati), but I was quite surprised to see Richard Hannon’s (Cuban Cigar) being so close up, but he was OK on the Flat. This is a nice horse.”

He added: “He came here last week for a gallop and he has jumped OK at home, if a little too carefully.

“He is a nice horse, who has plenty of size and scope. He might just go to Cheltenham for the Triumph Hurdle trial on 29th, but we are running out of time. I wanted to run him a while ago and he just didn’t come to us in time.

“Knight Salute will likely come to Kempton for the Adonis. We might just be in a year where we have the best horses in not the best year. This horse was £18,000 and Knight Salute was £14,000.

“You have to dream. He could be a Triumph Hurdle horse. I would be more aggressive with him now. He knows how to race, but his jumping is a bit careful. He has jumped 60 to 80 hurdles at home, but that will sharpen him up.”