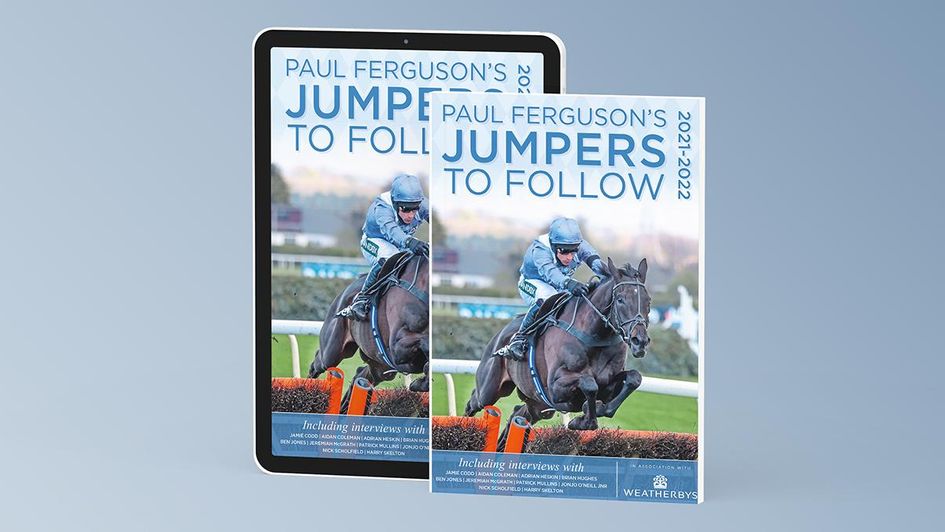 Paul Ferguson, author of Jumpers To Follow, nominates five mares to take note of ahead of the upcoming National Hunt season.

Following on from last week’s article, in which he highlighted 10 maiden horses to follow throughout the winter months, Paul Ferguson – author of Jumpers To Follow – is back again, and this time he highlights five mares to note during the upcoming weeks/months.

The winner of two good-ground bumpers last season, she made all on both occasions and travelled with purpose throughout. A 20-length winner at Plumpton, she followed-up under a penalty at Fontwell and looks a decent prospect for novice hurdles. A heavy-ground Points winner in Ireland, she was ridden more patiently on that occasion, so is clearly versatile in terms of both ground and tactics, and should win more races now that she goes hurdling. A half-sister to the 137-rated Cyclop, she might appreciate an extra half-mile over hurdles.

Another six-year-old, she won a bumper on her British debut in January 2020 (had won an AQPS race in France) and won on her third and final start over hurdles a year later. A half-sister to Guetapan Collonges (winner of two handicap hurdles last season for JP McManus and Charlie Longsdon), she is by Saddler Maker and showed a fine attitude to fend off No Risk des Flos at Leicester when last seen. The runner-up won again at Southwell in March and from an opening mark of 116, she will be of interest in handicap hurdles when the ground is soft or worse. She also has the option of going chasing.

A bumper winner at Southwell in March, she hails from a yard who have done well with mares in recent seasons, with Maria’s Benefit and Queenohearts both successful at Grade 2 level. Having travelled well into the home straight, the daughter of Schiaparelli finished really strongly to record a comfortable success. The fourth advertised the form by winning a maiden hurdle at Warwick in early-May and there is plenty of stamina in her pedigree, so going up in distance shouldn’t be an issue in time.

The impressive winner of a Thurles bumper when trained by Sam Curling (2nd and 3rd won subsequently), she changed hands for £75,000 and made a winning debut for Laura Morgan under a penalty at Ayr. Having travelled really well, she looked like she would again run out a wide-margin winner, but was pushed all the way in the end by Condessa, who was placed in a Listed bumper at Fairyhouse on her next start. Fifth in the Grade 2 Nickel Coin at Aintree on her final start, the daughter of Yeats stumbled as the field turned for home, but still ran on really well to finish just 8½ lengths off the winner, and 7 lengths off Elle est Belle, who was the best English-trained mare in bumpers last season. From the family of both Sesenta and William Henry, she should get an extra half-mile over hurdles and rates a smart prospect for an improving stable; Laura Morgan ended last season with a career-best 25 winners and recorded 12 victories from 52 runners between May and August of this year.

From a family that Harry Fry knows well – being a half-sister to both Zulu Oscar and Ishkhara Lady – she made a winning racecourse debut in a soft-ground bumper at Taunton in mid-March. Having travelled well into the straight, she showed signs of greenness before picking up the experienced The Kicking Queen in the closing stages, to score by a couple of lengths. Although the form wouldn’t amount to a great deal, she appeals as the type who could make significant improvement on the back of her summer break, and it could be that she is aimed at the Listed bumper at Cheltenham in November, before she goes hurdling. Her aforementioned half-sister dead-heated with Elle est Belle in that contest last year and Fry also won it in 2014 with the imposing Bitofapuzzle.