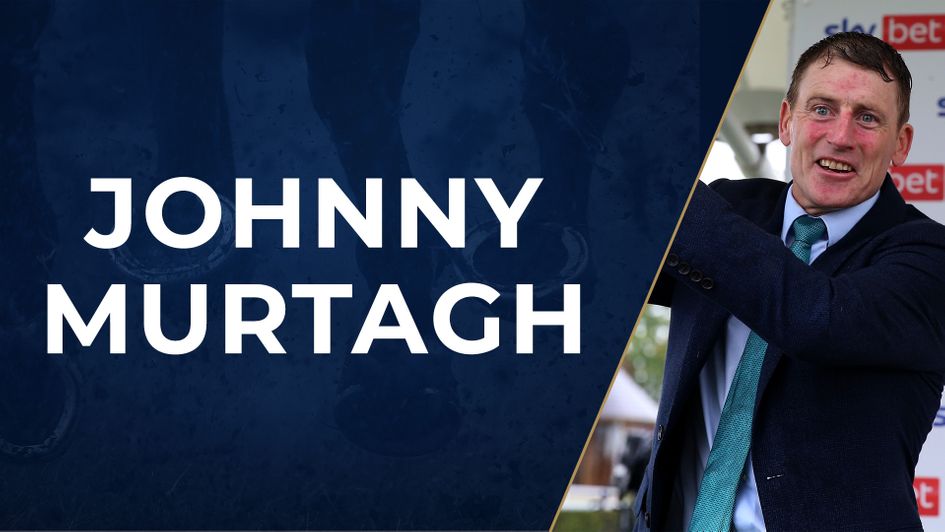 It's a big weekend for our new columnist Johnny Murtagh who has a Group One runner at the Curragh on Saturday - check out his thoughts.

He’s a nice type, he’s a half-brother to Create Belief. He’ll probably need his first run but is a horse we like. He’ll improve for the experience.

He got a little bit lost at Galway although Shane (Kelly) thought he did OK. He needs experience and is a horse who will improve for a couple more races so getting him out again quickly will do some good.

She is a nice filly who is ready to start off. She’s been a little bit green and babyish but she’s done all her work and it’s only up the road at the Curragh so I’m sure she’ll improve on whatever she does but it’s nice to have one for those connections (Westerberg, Magnier, Tabor and Smith).

I thought she came to win at Leopardstown but Ben (Coen) thought she just didn’t quite get home. She’s a filly we always liked and she ran well first time out. We think she’s got plenty of pace so we’re going back to six furlongs, we don’t expect that to prove a problem.

It’s not often we have runners in Group Ones, especially two-year-old races, and it’s clearly a very strong race.

But we beat Blackbeard last time in a Group Two so for me it’s the next logical step. There wasn’t much room the last time but he got his head in the gap and he quickened up well. He’s always had that about him, a natural with a bit of speed and he’s a quick learner too.

He has to improve probably around 10lb on the ratings to be involved but he’s going well at home. He’s had a good runout since the Railway Stakes and the preparations have gone well.

We’re looking forward to seeing him in against the big boys this weekend and he could run well above his current rating and finish third.

But we’re delighted to have a two-year-old running in a top-class race for his Highness the Aga Khan, it’ll be a special day and if he could win it then it’d be the icing on the cake.

We’ll just have to wait and find out how good he is.

I’ve been a bit disappointed with her this year as she seems to be going well at home. We tried blinkers one day and she ran too keenly, then we dropped her in the last time at Naas and she never got into the race.

We’re back in handicap company and I’m putting Sarah Verling on who is claiming 10lb.

If she gets back to form she would definitely have a chance but she just hasn’t produced it on the track this year. I’m hopeful rather than confident with her.